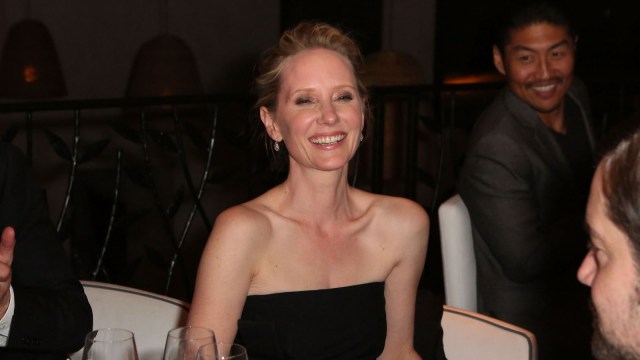 Ari Perilstein/Getty Images for the Hallmark Hall of Fame

Anne Heche‘s tragic passing shocked the world earlier this summer, with the famed, multi-talented actress succumbing to the injuries she received in a car crash on August 11, nearly a week after the accident.

The Emmy Award-winning actress boasted an impressively wide filmography, including Donnie Brasco, Another World, and I Know What You Did Last Summer. Sadly, her personal life often overstayed its welcome in the spotlight, most notably her high-profile relationship with comedian Ellen DeGeneres.

She first seized control of her own narrative back in 2001 with her first memoir, Call Me Crazy, detailing her arduous journey to and within the spotlight, with accounts that were chock-full of heartache and courage. And now, over 20 years on, she’ll be reseizing that narrative once more with the posthumous release of her second memoir, the aptly-titled Call Me Anne.

When will ‘Call Me Anne’ release?

Per Deadline, Call Me Anne is set to release in January 2023. Viva Editions, the book’s publisher, revealed that the actress had signed a deal with them back in May, and turned in her manuscript not long before the fatal accident.

Many of Heche’s experiences in the spotlight — both good and bad — will be detailed throughout the book, such as her friendship with mentor figure Harrison Ford, her experience with Harvey Weinstein, and her religious beliefs, as well as retreading narratives from her previous memoir such as her relationship with DeGeneres and the sexual abuse she experienced as a child.

Ultimately, however, it is a book about Heche’s self-love aspirations in the face of a tumultuous environment – consisting of anecdotes, poetry, and a recollection of methods that Heche employed in order to get through some of her more difficult periods.