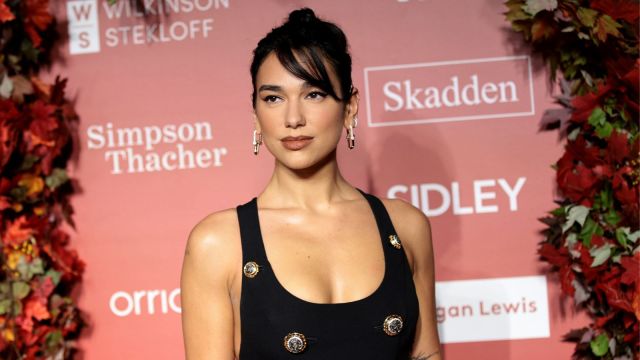 English singer Dua Lipa made her breakout in 2014 before a self-titled debut album in 2017 and has since been one of the most recognizable and popular women in music for the last decade.

A trendsetting artist, her song “One Kiss” was the longest-running number one song in the United Kingdom in 2018. Since 2018, she’s been nominated for six Grammys. Nominations went her way in the categories of Album of the Year, Song of the Year, and Record of the Year and helped cement herself in pop culture.

With all the fame comes plenty of attention to her personal life, in particular her dating life.

Lipa has publicly dated several men since 2013 including a chef, a fellow musician, and a night show host.

Beginning in 2013, Lipa was in an on-again, off-again relationship with English chef Isaac Carew. A couple for four years until their first break-up in Feb. 2017, she’s since dated him again from Jan. 2018 to June 2019. Carew and Lipa made many public appearances together during their relationship, with Carew her plus-one at events like the Grammys and the MET Gala.

Lipa dated Paul Klein from Aug. 2017 to Jan. 2018 before she got back together again with Carew. Klein is the lead singer of the pop rock band LANY. Klein is believed to have written several songs about Lipa after their breakup and has more recently been accused of sexual misconduct which led to him being removed from a concert line-up in 2021.

The younger brother of Bella and Gigi Hadid, Anwar, was the next to find himself holding hands with Lipa. From June 2019 until Dec. 2021, the duo was in a relationship that saw them attend events together before they announced they were “taking a break”.

In Sept. 2022, Lipa was seen having an intimate date with Daily Show host Trevor Noah in New York City. After having a nice dinner date at a Jamaican restaurant in the East Village, the couple was seen embracing and sharing several kisses before they went their separate ways for the night. They haven’t gone “official” yet, but it’s looking good.