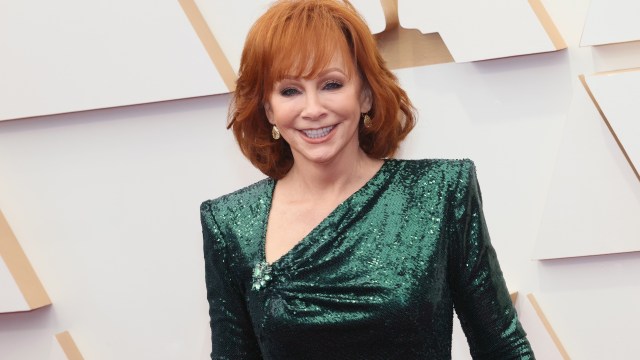 Country singers often serenade with songs about love and heartbreakm and it makes it even easier if they have real-life experience to inspire their craft. Country singer and superstar Reba McEntire has definitely experienced heartbreak. She was first married in 1976 to Charlie Battles, famous steer-wrestling champion and rancher. They divorced in 1987. In 1989, Reba married her manager, Narvel Blackstock. The pair had a son together, Shelby Steven McEntire Blackstock. They divorced in 2015 after 26 years of marriage.

But it looks like things are looking up for Reba. She has been dating actor Rex Linn since January of 2020. She recently opened up about this new relationship on her podcast Living & Learning.

Who is Rex Linn?

Rex Linn is an American film and television actor, best known for his role of Frank Tripp in the series CSI: Miami. Like Reba, he is a country boy at heart. He was born in Spearman, Texas but spent most of his childhood in Oklahoma City, Oklahoma. He attended Oklahoma State University. He was able to balance working in investment banking and the oil industry while starting out as a budding actor. His first major role was as Floyd Epps in the film Night Game, which also starred Roy Scheider. After that, he moved out to Los Angeles to pursue bigger acting opportunities.

Reba and Rex first met way back in 1991 on the set of The Gambler Returns: The Luck of the Draw. The pair kept in touch over the years and have many mutual friends. They decided to grab dinner together in January of 2020 and sparks flew. Reba stated on Watch What Happens Live With Andy Cohen, “We’ve kept in contact with each other over the years, and we both know the same people, so it was just like good friends getting back together having dinner in January.” From then on, “We started texting and talking on the telephone, getting to know each other better during the quarantine.” After Reba’s mom passed, the pair got closer. In October of 2020, they announced their romance to the public via an Instagram post. Their nicknames for each other are “Tater Tot” and “Sugar Tot.”

The couple’s first public appearance was the 54th CMA Awards in November of 2020. They also attended the Oscars together in March of 2022.

They recently appeared together at the Gateway Celebrity Fight Night, a cancer research event which Reba was hosting. Reba posted about this on her Instagram account. The event raised $5 million dollars; Reba auctioned off her dress, a form fitting velvet number, for $120,000. It looks like Rex might just be her good luck charm.

What the future holds

Reba told Extra that the pair have talked about marriage. “We’ve talked about it and giggled about it. We thought, ‘Man, if we ever did have a ceremony, we would have to have a two o’clock, four o’clock, six o’clock and an eight o’clock because we have so many friends, acquaintances and family.” Only time will tell if the couple decides to tie the knot. Either way, we’re are all rooting for them.