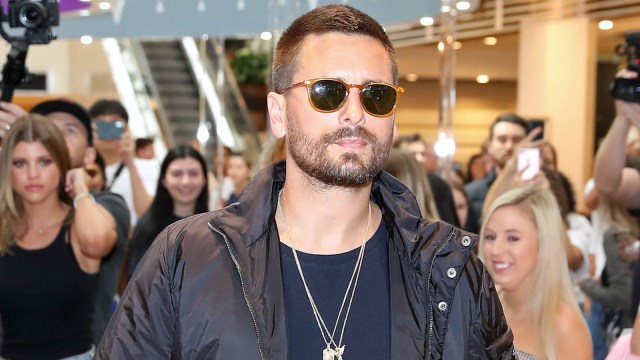 Scott Disick, the self-proclaimed “Lord” of reality TV, is known for his starring role on Keeping Up with the Kardashians and his high-profile split from Kourtney Kardashian in 2015. After his divorce, Disick made headlines for linking up with a string of younger women, including Sofia Richie and Bella Thorne, both of whom were just 19 years old when he was 34.

Now, it seems that Disick, 39, may have found himself a more “age-appropriate” partner in 43-year-old Kimberly Stewart.

On the premiere episode of Hulu’s The Kardashians, Disick shared with Kourtney’s sister Khloe that if he was going to find a “real and serious” relationship and be with someone he could spend his life with, “it would have to be somebody [more age appropriate].”

It looks like that person is Kimberly Stewart, who was spotted holding hands with Disick, according to the Daily Mail. Let’s see what we can find out about Disick’s new love interest.

Who is Kimberly Stewart?

Stewart is a common last name, yes, but Kimberly’s comes from the legendary British singer Rod Stewart, so it’s unique in its own right. Her mother is model and actress Alana Hamilton, and from both parents she shares a long list of siblings. Rod Stewart has eight children including Kimberly from various relationships. Alana Hamilton has three children from two marriages. That means Kimberly has a total of nine siblings. Talk about a big family!

Kimberly Stewart is also no stranger to love. She’s been engaged three times, most recently to film producer Jesse Shapira in February and quietly broke it off later that year. She was previously engaged to actor Benicio del Toro, with whom she shares a daughter, and she was once engaged to socialite Talan Torriero.

In addition to her high-profile relationships, Stewart is also the founder of luxury organization company The Realm by Kimberly Stewart. The company was borne out of quarantining at home during the COVID-19 pandemic, according to PEOPLE magazine.

“During the quarantine, I couldn’t stand looking at the chaos going on in my dad’s pantry and kitchen so I got to work,” she told PEOPLE. “I posted it on my Instagram for fun, and the response and feedback were phenomenal. I got direct messages from people asking me to come do their houses. At that point, the idea came to life, and I realized that I needed to reorganize closets professionally.”

She’s a successful businesswoman, the daughter of a rock legend, ex-fiancée of several high-profile men, former friend of Kourtney Kardashian from college — that’s right, they both went to Buckley School over 20 years ago — and now Kimberly Stewart is supposedly also the new love interest of Kourtney’s former flame.