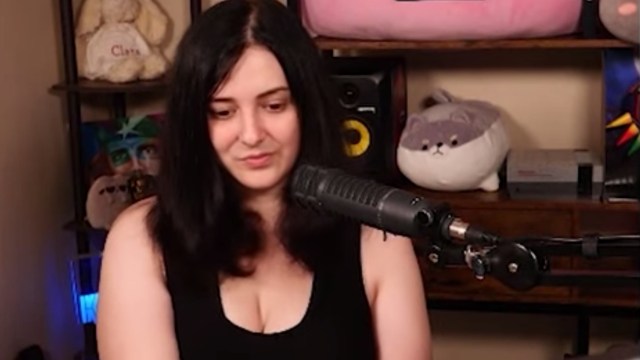 Popular Twitch streamer Keffals was banned from her preferred platform on July 18.

One of Twitch’s biggest transgender streamers, Keffals has been building up her audience for quite some time. These days, she stands out as one of the more prominent, and well known, names on the platform — at least, until her ban. Immediately after her account was banned, Keffals made the move to her YouTube channel to proceed with a stream she’d been planning for the day.

The Twitch ban prompted Keffals name to briefly trend on Twitter, and brought the issue between she and Twitch to mainstream attention.

Why did Twitch ban Keffals?

Keffals had big plans for her July 18 stream. She intended to take aim at fellow streamer Destiny, who she’s had beef with for quite some time, and the hateful messages he and his followers hurl her direction. The ban appears to have come in direct response to this, after Keffals shared a list of the slurs she commonly receives from these users. According to Keffals, the slurs “were taken directly from a hate forum” and directed specifically at Keffals. Despite this, and the fact that she was attempting to speak openly about the hate she receives as a trans streamer, Keffals was the one to receive a ban, rather than the horde of hateful commenters.

Keffals quickly took to Twitter to criticize the move by Twitch and to explain the situation to her waiting fans. Her appeal, which she filed quickly after the original ban, was also reportedly rejected, leaving Keffals without access to her popular Twitch channel for 30 days.

The reason for Keffals ban, according to Twitch, is “repeated hateful slurs or symbols.” This aligns with what Keffals has said, and showcases Twitch’s inability to distinguish between actual hate and the purposeful display of hate for educational purposes. The people who actually said these things about or to Keffals have yet to see a ban or minor suspension, but Keffals is banned for a month for showcasing the hate she recieves. And, even after she attempted to explain the situation to Twitch, the platform left her ban in place.

This is leading to widespread anger among Keffals’ fanbase, many of whom feel that Twitch’s enforcement of bans is deeply flawed. The platform has been criticized for its practices in this area before, as users who make minor missteps receive sometimes permanent bans, and others who break the clear-cut rules are left to maintain their presence on the platform.

Keffals has already attempted to appeal her ban, to no avail. Twitch seems determined to look past the reason behind her display of hateful content — the very same hateful content she deals with on a daily basis, thanks to Twitch’s lack of action — and has refused to rescind the ban until the 30 days are up. Keffals, for her part, says she has “never been this disappointed,” noting that Twitch “banned one of their biggest transgender streamers from their website for openly talking about the abuse they receive.”

The ban, and rejected appeals, have led to an outpouring of support on other social media platforms — like Twitter and YouTube — but have also unfortunately ramped up the hate. People on Twitter, in particular, are taking the opportunity to hurl even more hate Keffals’ way, but the streamer is taking it very much in stride. She’s been particularly active on Twitter in recent days, responding to and calling out many of her most vocal detractors.

Like this user, who thought he could get the upper hand by deadnaming one of the internet’s most prominent trans creators.

Or this user, who tried to turn an exchange between Keffals and controversial creator Keemstar into a slam dunk. It didn’t work out quite as planned.

In the meantime, as she awaits the lifting of her Twitch ban, Keffals is entertaining herself by uploading “members-only” content to YouTube and dragging her detractors on Twitter. Her latest target is fringe media personality and former Trump assistant Sebastian Gorka, who’s likely to soon regret the extra attention his exchanges with Keffals have been getting him.

It seems that the Twitch ban is set to stick, but thankfully it’s not permanent. Within a month, Keffals will be back on the platform with her typical flair, dragging the haters and informing the masses about a range of political and cultural topics.