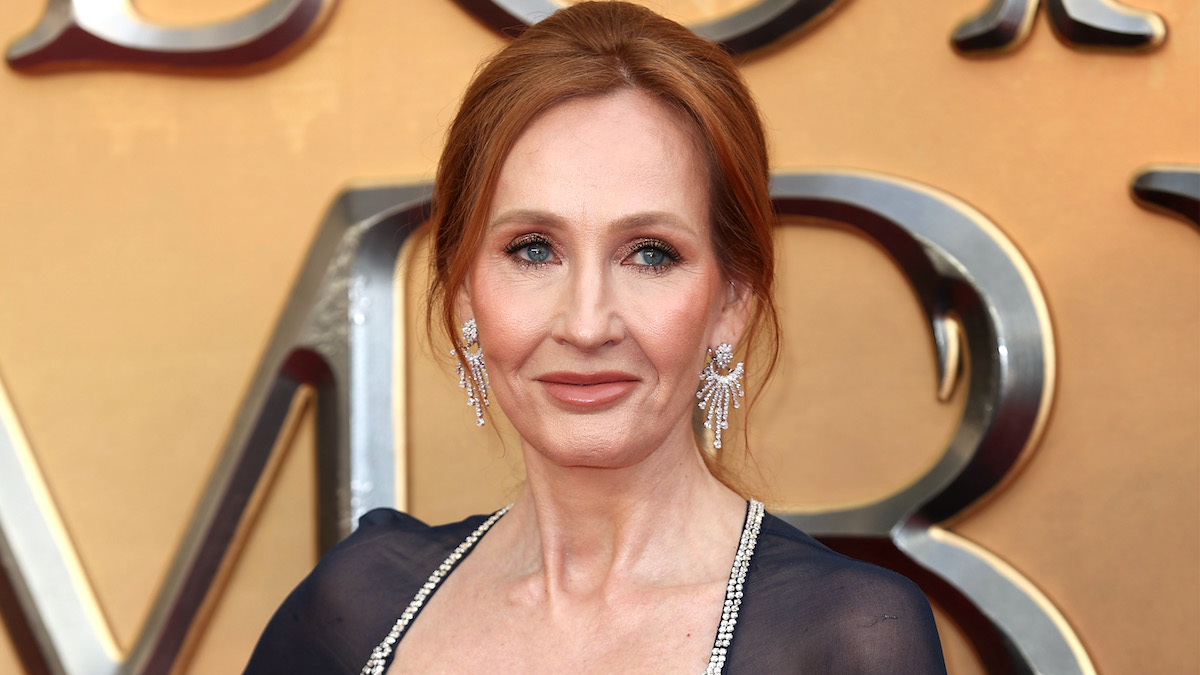 Seven years before J.K. Rowling tarnished her reputation with divisive comments about the transgender community, the author ventured beyond the halls of Hogwarts to pen an entirely new novel series; this one about a private detective and his agency working to solve various murders in and around London.

The series kicked off with The Cuckoo’s Calling in 2013 but when the book hit the shelves and critics praised its characters and plot, it was not Rowling who received initial credit. It was Robert Galbraith, an unknown author whose name was displayed in large font across the cover of the book.

It wasn’t long before the truth came out that Galbraith and Rowling were the same person. A woman masquerading as a man. Later, Rowling revealed that not even the publishers at Sphere Books, an imprint of Little, Brown and Company, knew she was Galbraith when The Cuckoo’s Calling manuscript reached their desks. Obviously, the secret didn’t stay secret for long, and when the truth came out the publishers capitalized on Rowling’s name.

Galbraith/Rowling has now published six novels in over a decade with at least three more on the way, according to Rowling. The real question, though, is why she created a pen name in the first place. In the years since, the name eventually fanned the flames of controversy in light of her comments about the transgender community, so let’s unpack all of that.

Why did J.K. Rowling choose to publish under a pseudonym?

From the outset – and even to this day – Rowling maintains that her reason for writing under a pseudonym was that she “wanted to take my writing persona as far away as possible from me,” according to her website.

When it was finally revealed that she was Galbraith, which occurred just days after the publication of The Cuckoo’s Calling, some assumed it was a marketing ploy, but Rowling disagreed. She claimed it “was not a leak or marketing ploy by me, my publisher or agent, both of whom have been completely supportive of my desire to fly under the radar. If sales were what mattered to me most, I would have written under my own name from the start, and with the greatest fanfare.”

Indeed, Rowling published an adult novel under her own name a year before donning the identity of Galbraith. The Casual Vacancy, published in 2012, is a stand-alone novel about a small English town at war with itself over filling the vacant seat of a deceased council member. In its pages are copious amounts of curse words, drugs, sex, and violence; the complete opposite of anything her fans had come to know her by.

Her reason for becoming Galbraith stemmed from a desire to “go back to the beginning of a writing career in this new genre, to work without hype or expectation and to receive totally unvarnished feedback. I wanted it to be just about the writing.  It was a fantastic experience and I only wish it could have gone on a little longer than it did. I was grateful at the time for all the feedback from publishers and readers, and for some great reviews. Being Robert Galbraith was all about the work, which is my favourite part of being a writer.”

“Since my cover has been blown, I continue to write as Robert to keep the distinction from other writing and because I rather enjoy having another persona.”

Why did J.K. Rowling choose Robert Galbraith as her pseudonym?

Writing under a pseudonym has become commonplace for popular authors wishing to conceal their identities. But why did Rowling choose the name Robert Galbraith? Was it random or did it have a specific meaning?

“I chose Robert because it’s one of my favourite men’s names, because Robert F Kennedy is my hero and because, mercifully, I hadn’t used it for any of the characters in the Potter series or The Casual Vacancy.

Galbraith came about for a slightly odd reason. When I was a child, I really wanted to be called ‘Ella Galbraith’, and I’ve no idea why. I don’t even know how I knew that the surname existed, because I can’t remember ever meeting anyone with it. Be that as it may, the name had a fascination for me. I actually considered calling myself L A Galbraith for the Strike series, but for fairly obvious reasons decided that initials were a bad idea.

Odder still, there was a well-known economist called J K Galbraith, something I only remembered by the time it was far too late. I was completely paranoid that people might take this as a clue and land at my real identity, but thankfully nobody was looking that deeply at the author’s name.”

It wasn’t long after Rowling began her hailstorm of offensive comments about the transgender community in 2020 that her fourth Galbraith novel, Troubled Blood hit the shelves. In it, a serial killer dresses in a wig and women’s clothing to lure his victims; a character, Rowling said, “loosely based on real life killers Jerry Brudos and Russell Williams – both master manipulators who took trophies from their victims,” according to her website.

At this same time, Rowling was being blasted by people online for supposedly drawing inspiration for her pseudonym from the infamous conversion therapist, Robert Galbraith Heath. Heath was the department chair of psychiatry and neurology at Tulane University, New Orleans, from 1949 until 1980, according to Mosaic Science.

Throughout his tenure, Heath would conduct innumerable inhumane experiments on gay men such as implanting “stainless steel, Teflon-coated electrodes” into various areas of the brain and sending electric shocks to the pleasure center when watching heterosexual pornography.

A week after the similarities were noted, a spokesperson for Rowling came forth, telling Newsweek, “J.K. Rowling wasn’t aware of Robert Galbraith Heath when choosing the pseudonym for her crime novels. Any assertion that there is a connection is unfounded and untrue.”

While it’s possible Rowling’s association with Robert Galbraith Heath is an unfortunate coincidence, it doesn’t help that Rowling herself once likened gender transitions to conversion therapy in a 2020 tweet. Given the fact that she is an author and not a scientist, her word should be taken with the tiniest grain of salt.

For a list of resources and information about the transgender community, visit the official website of GLAAD.