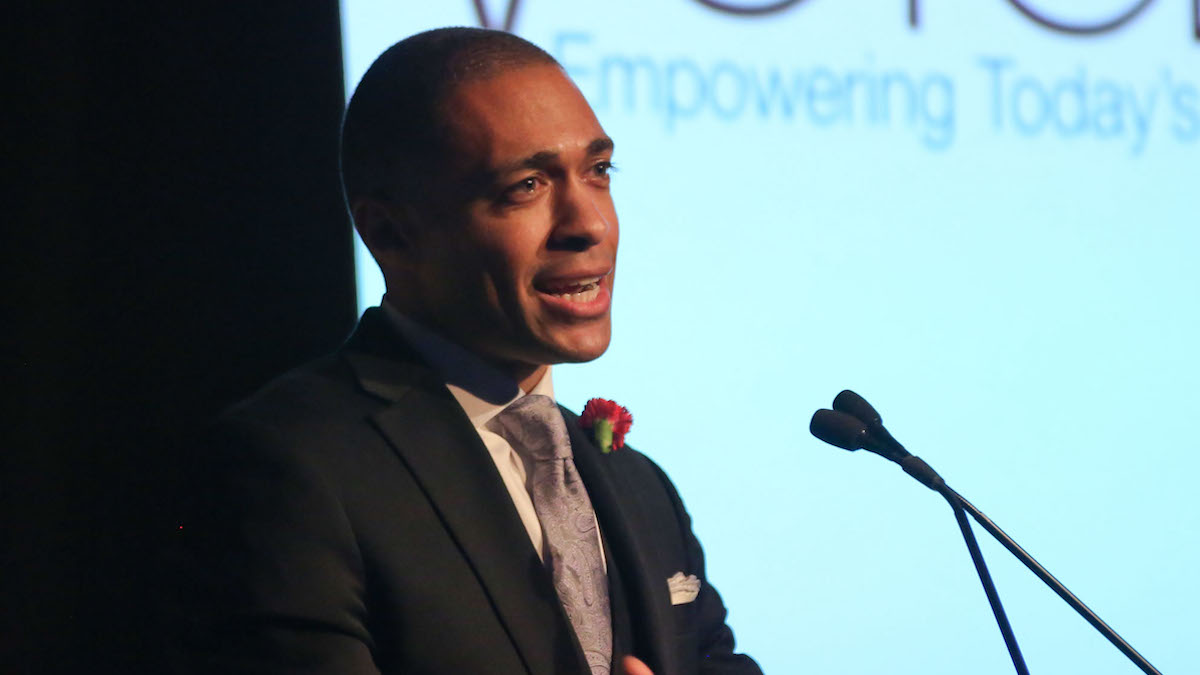 The most recent allegations against TJ Holmes won’t help him in his bid to return as a GMA3 anchor but, more so, they could forever tarnish his reputation. Furthermore, if the allegations are true, then few will sympathize with the disgraced host.

Last November, it was reported by the UK Daily Mail that TJ Holmes and Amy Robach, the two anchors of GMA3 — the afternoon version of Good Morning, America (or late morning version, depending on your time zone ) — were having an affair. The reports were eventually confirmed by the anchors, who were both still married, and ABC reacted by removing them from the air, though the network initially expressed support of the duo before realizing their error.

Since then, TJ and Amy have been on leave, are seen as a distraction to ABC, and await their fates from the network. They made statements explaining that they’re both estranged from their respective spouses. TJ’s estranged wife, Marilee Fiebig, then released a statement through her lawyer saying, “We continue to be disappointed by TJ’s lack of discretion, respect, and sensitivity toward Marilee and the party’s daughter.”

Recently, it was reported by Page Six that TJ Holmes previously had an affair with another married woman, in 2016, who was a GMA producer. That affair helped end the producer’s marriage. It’s worth noting that TJ was not separated from his wife at the time.

However, the most troubling allegations against Holmes are from yet another affair he allegedly had in 2015. There was a new staffer on board, age 24, who was just an intern at ABC. While there, that intern searched for a mentor in the TV business and reached out to some established people at the network. The one who positively responded was TJ Holmes.

According to a source that spoke to the UK Daily Mail, Holmes did not mentor the intern, but instead proceeded to pursue a sexual relationship with her. The source, who claimed she was friends with the intern, states, “He was a predator who took full advantage of his position.”

She explains the intern’s point of view by saying, “It was her first real job in television and it was a big deal for her. He absolutely abused the position of trust.”

Allegedly, the affair began one day just a couple hours before Holmes was to go on air. Holmes called the intern into his office where he had been drinking and the meeting turned sexual. Her friend claims, “I know she was confused afterwards as to what it meant. That kind of ‘Did that just really happen?’ feeling.”

The sexual relationship continued for several months and the woman, who had become a segment producer at GMA, left ABC in 2016.

In 2021, she happened to give an interview with a website called Voyage Ohio where she was asked about why she left ABC. She answered, “It was a mixture of insecurity, loneliness, and some naïveté. It was a toxic work environment that really damaged my self-esteem.”

TJ Holmes then allegedly pursued another intern whom one source claims ended up being “freaked out” by him. The source also claims that an executive producer at ABC turned the other cheek at any issues involving Holmes, including his constant drinking.

If the allegations are all true then it seems that TJ Holmes is GMA’s version of Matt Lauer. Both were using their office for sex, showing a significant amount of issues that include abuse of power, practicing promiscuity at work, having bosses who pretended not to know what was going on, and all while being an anchor for a major daily morning show.

Maybe Lauer and Holmes should do a show together.