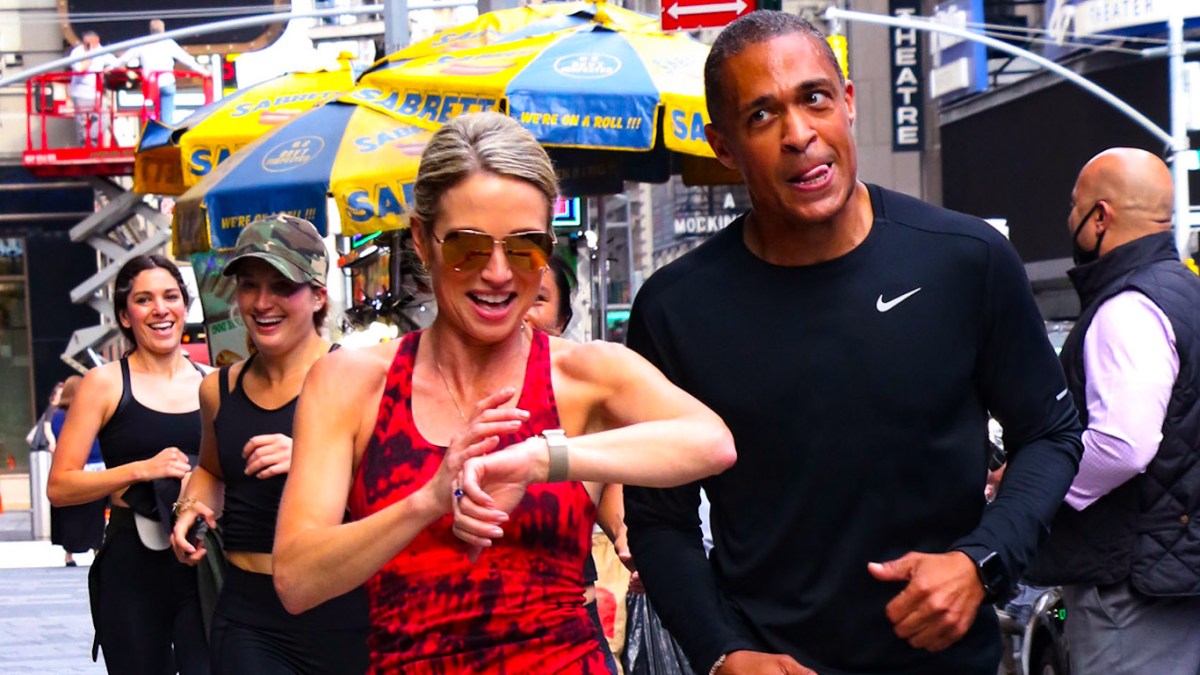 The very smitten on-screen friendship of Good Morning America anchors T.J. Holmes and Amy Robach may have gone too far.

The anchors, who daily host GMA3 and often guest host GMA, have been spotted together for months, being overly flirtatious. One video even shows Holmes casually touching Robach on her rear end while outside of a cottage in upstate New York. The UK Daily Mail originally broke the story, and claim that the two had a getaway alone at the cottage two weeks ago.

Robach and Holmes are also seen in other numerous videos and photos being very hands-on in a New York City bar after work. A photo of them together in the back of an Über even shows them holding hands.

Amy Robach has been married since 2010 to actor and former soccer player Andrew Shue.

T.J. Holmes is married to Marilee Fiebig, also since 2010.

Holmes and Robach are often seen anchoring GMA3 together, the afternoon version of Good Morning America, while being very playful towards each other. In fact, there has often been speculation that perhaps something else was happening between the two, but they’ve insisted that they simply have a very strong friendship.

Prior to shutting down his Instagram account, Holmes had posted then deleted the following: “End the relationship and cry once. It’s better than being with them and crying daily.”

Since the news broke today, both Holmes and Robach have deleted their respective social media accounts. During today’s live episode of GMA3, Holmes anchored alone which, although not uncommon, only helped to add to the speculation.