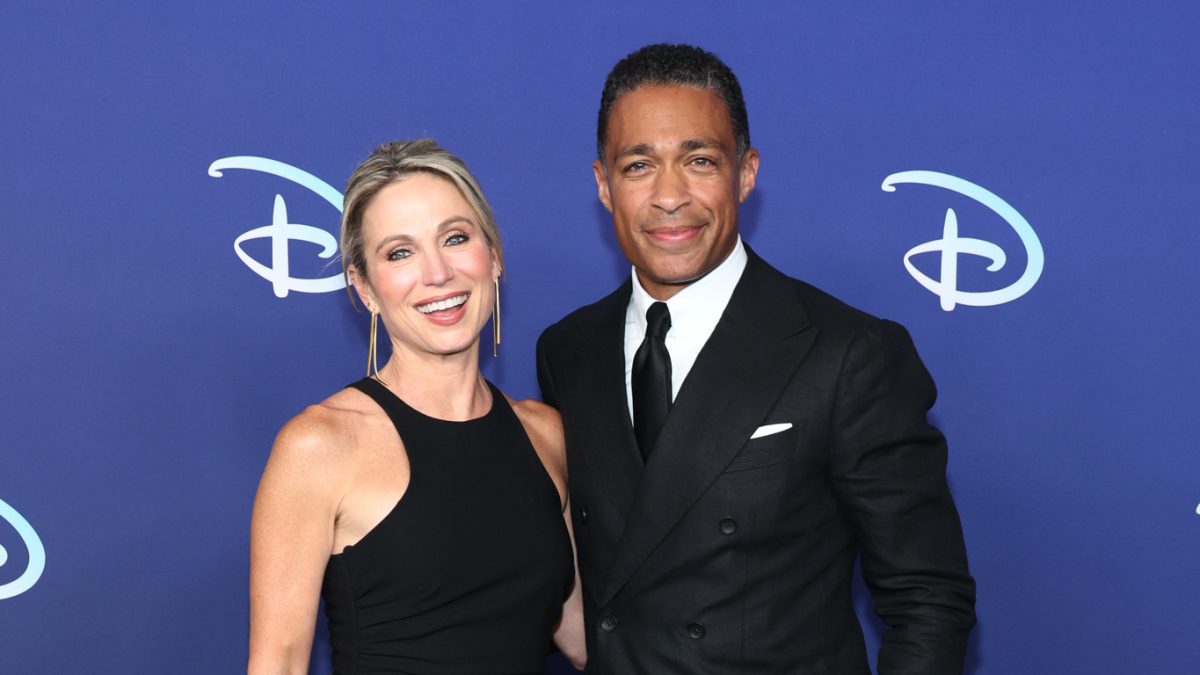 After it was reported that GMA3 anchors TJ Holmes and Amy Robach were having an affair, ABC initially released a statement in support of the talk show host duo. Shortly thereafter, the network reconsidered their stance and now, with more details revealed, may draw different conclusions for the respective anchors.

The two friends claim to have begun their affair at the end of last summer and also claim that they had both been split from their respective spouses. However, both are still officially married and the wife of TJ Holmes, Marilee Fiebig — with whom Holmes shares an 8-year-old child — released a public statement through her lawyer blasting Holmes and expressing disappointment at her husband’s blatant disrespect.

It was rumored at the time that TJ Holmes also had an affair with someone else at ABC years earlier. Those details are now coming to the forefront and are shining an unfavorable spotlight on the GMA anchor.

The woman whom Holmes had a sexual relationship with in 2015, while he was still married (and not separated), was 24 years old at the time and has been described by sources from the UK Daily Mail as: “A young girl excited about her first job in the TV biz who probably developed a crush – seeking mentorship – and he took advantage of that.”

The difference is that — unlike his affair with Amy Robach — the staffer did not have a position with the company that was equivalent to Holmes. She was an intern. Thus, Holmes allegedly abused his position to engage in a sexual relationship with the staffer. The source, who claims to be close with the then-intern, said, “TJ was a predator who took full advantage of his position.” She continued to refer to TJ Holmes as “reckless,” something that is challenging to disagree with if all the current allegations against him are accurate.

She adds, while speaking about the intern:

“It was her first real job in television and it was a big deal for her. She was looking for a mentor and reached out to several people. TJ was responsive but he absolutely abused the position of trust. You have to wonder if he was ever interested in being a mentor at all.”

It was recently reported by Page Six that in 2016 — after the intern that Holmes had affair with left New York — that he continued to cheat on his wife by having an affair with a married 37-year old GMA producer named Natasha Singh, which allegedly contributed to the end of Singh’s marriage.

Considering his alleged abuse of power, and his ongoing inability to control his promiscuous behavior, sources at ABC believe that Holmes will be out of a job but also add that ABC has mishandled the situation thanks to their initial support of the affair-driven anchors before realizing that it causes a very significant distraction, let alone paints the atmosphere at ABC with a toxic brush.

Amy Robach does not appear to have engaged in any previous affairs at the company, nor has she ever taken advantage of her position for the sake of sexual gratification. Because of this, Robach’s fate at least has a chance of being different from her co-anchor’s. She likely can still serve in an anchor role without being a significant distraction, which is something that unfortunately cannot be said for Holmes.

Of course, ABC may just wash their hands of it all and let them both go, though in order to avoid a potential lawsuit, especially one that may actually be winnable for Robach, the network may have to show generosity in a severance package.