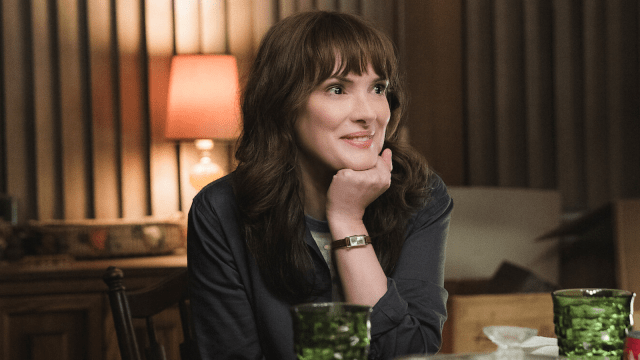 It’s the big day! The Winona Ryder Day that everyone has been waiting for is finally here, and she is being celebrated royally. October 29 is her birthday, and fans are reminding the entire universe that day is today!

She could be considered a Halloween Queen. She would easily be a Scream Queen. Her roles in Beetlejuice, Edward Scissorhands, Girl, Interrupted, and Bram Stoker’s Dracula have solidified her icon status in the spooky genre. Ryder is so diverse that Stranger Things was right up her alley, sparking a new generation of fans who now not only acknowledge her birthday, but celebrate it across the internet.

Just in case, that’s Winona as Susanna in Girl, Interrupted, Lydia in Beetlejuice, Kim in Edward Scissorhands, and Veronica in Heathers. Iconic roles that she made memorable just by being who she is.

Another fan celebrates the occasion, but adds a few new ones. She was absolutely astonishing as Mina Murray in Dracula, and then she looks a little beat up in Heathers. Of course, fans are going to recognize Joyce Byers in Stranger Things. That’s what’s bringing new life to her career.

Ryder wasn’t always a celebrity. There was a time when she went through the same things some people go through in life, like bullying. She has a sweet revenge story though and most of that, it starts with bullies recognizing her for who she has become while forgetting what they put her through.

She has literally been an icon for years. As many of her fans have pointed out, she’s 51 years old, which means she has been in the Hollywood scene since the late 80s putting her at five decades. Some of her fans just want to wish her well, while others are a little more fanatical than that.

Does Winona Ryder have stans? Yes, she does.