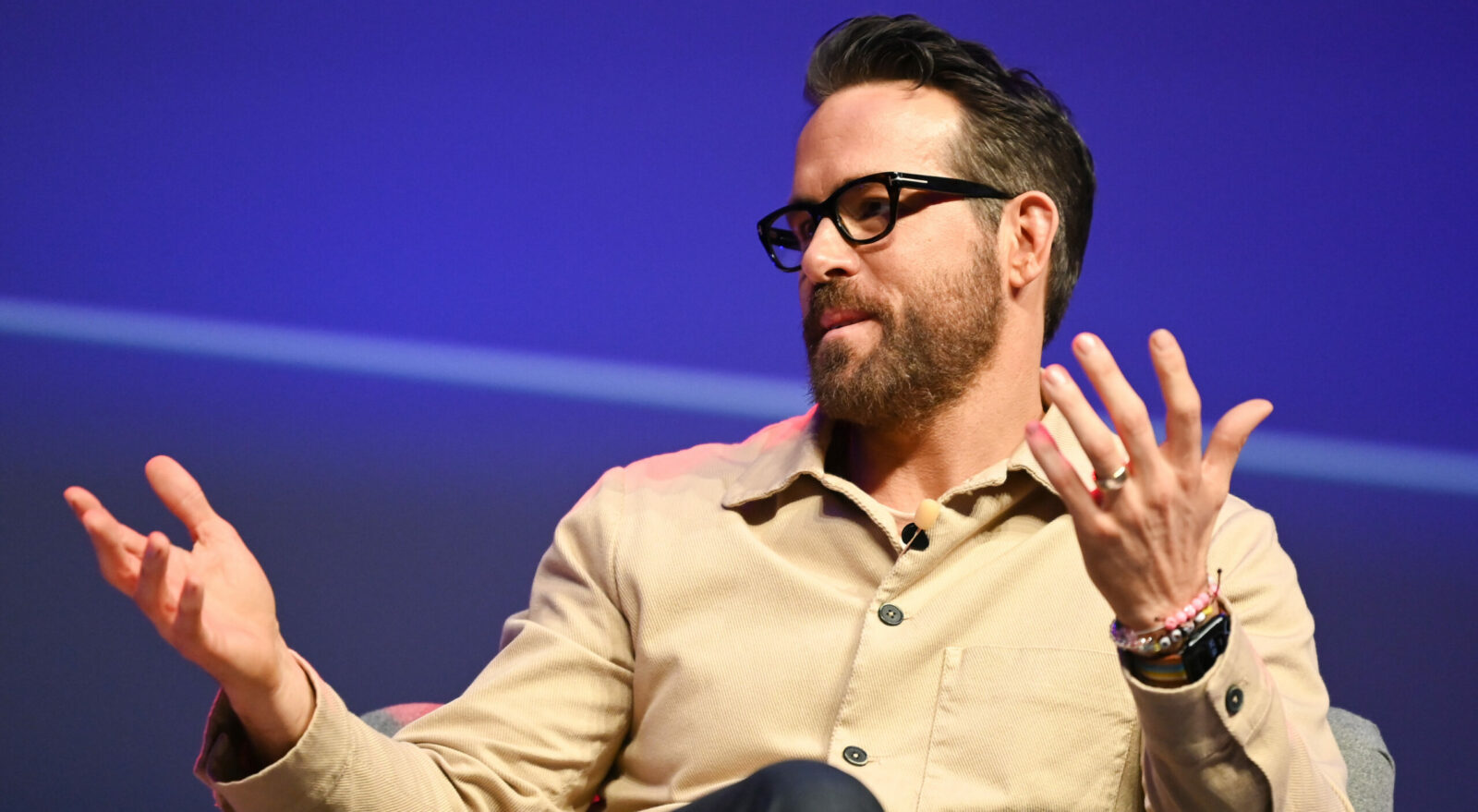 The world knows Ryan Reynolds as the handsome, snarky star of Van Wilder, Free Guy, and his titular role as the Merc with the Mouth in the Marvel-ish Deadpool films. But Reynolds is now going public with a new role: marketing genius. And he blames his latest side hustle on the “fun” he had marketing both the first Deadpool movie and the first toy he bought with his superhero money, the Aviation Gin company.

And now Reynolds finds himself CEO of ad company MNTN after it bought the marketing division of his production company, Maximum Effort. When announcing the merger, Reynolds announced that he wanted to make “Super Bowl-level” ads year-round.

As Deadline reports, Reynolds explained to an audience at the Cannes Lions International Festival of Creativity in France that his marketing career began with a ten-year effort to get Deadpool made, saying,

“(It) was hell… We shot some test footage, some absolute bastard leaked it onto the internet, and that’s what got the movie made.”

As Reynolds drove around the country in his Deadpool suit, he began to have fun promoting the film. When he bought Aviation Gin in 2018, he used his celebrity and the marketing tools he’d picked up on the movie’s press tour to raise the company’s profile to the point that two years later he was able to sell it to international alcohol megacorporation Diageo for $600 million.

Reynolds’ company has used his signature blend of fourth-wall-breaking comedy to create ads that are both memorable and viral, including retro commercials that played during ABC’s Diff’rent Strokes and Facts of Life live specials. In addition, he co-starred in an ad for a cybersecurity firm he owns with the Welsh soccer team he owns.

As he told the audience at Cannes,

“Humor and emotion travel the most virally. Oftentime ads are hyper-sincere, and I think they’re noise. If you really want to punch through, you can make people laugh. Consumers and audiences know they’re being marketed to, and they can feel the tactics, they can feel the conversations the executives have had. If you can drop that artifice a little bit and speak plainly, they’re much more willing to share it.”

Reynolds’ next big role (that we know of) will be that of Ebenezer Scrooge in Spirited, a modern retelling of the classic Charles Dickens novel, A Christmas Carol.