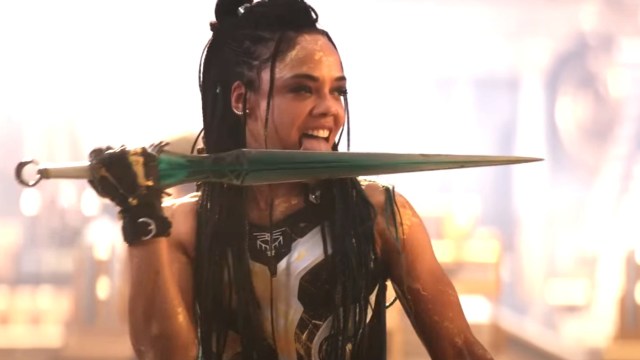 Queer representation in films and media has improved significantly over the last few decades, but it still took some time for the MCU to really get aboard the LGBTQ+ train. It took the studio almost 10 years before they introduced their first queer character in the form of Tessa Thompson’s Valkyrie. Now, there is far more representation within the cinematic universe, and we can only hope that moving forward Marvel will be bolder in its quest for diversity.

Marvel Studios has been tentative with the way they approach LGBTQ+ characters in part due to not wanting to lose revenue from countries around the world that would block the film over the inclusion of queer characters. Disney has now taken the stance that they will not censor LGBTQ+ themes in their films in order to market them to these countries. Recently, Thor: Love and Thunder and Black Panther: Wakanda Forever were not released in China due to the country’s censorship of LGBTQ+ themes.

The following list will look at all the queer characters within the MCU, starting first with the characters we absolutely know to be queer and followed up with characters that would certainly give us the impression they are, but it has never been expressly said, so we cannot say with 100 percent certainty.

Characters we know to be queer in the Marvel comics but have not yet been portrayed that way on film will not be included in this list. For example, comic book Deadpool is pansexual, but this has not honestly been represented on screen (though apparently, Ryan Reynolds would like to see more of this in the third film).

This is also true for Wanda’s sons, Billy and Tommy, aka Wiccan and Speed. In the comics, Billy is gay while Tommy is bisexual. Since we have only seen them as young boys, we don’t yet know where the MCU will go with them in the future. We can only hope they stay true to the source material.

Phastos, one of the members of the Eternals, was the first gay superhero character within the MCU, and his relationship with his husband, Ben, showcased the MCU’s first same-sex couple. Actor Haaz Sleiman, who only recently came out as gay himself in 2017, told Variety,

“Beyond a dream come true, it’s life-saving. I wish I had that when I was a kid to see this. My god. I wish! Can you imagine how many lives this is going to be saving—kids, young queer folk, who are being bullied, committing suicide, and not seeing themselves being represented? And now they get to see this—it’s above and beyond.”

Everyone’s favorite love-to-hate villain was always giving us queer vibes, but it was recently confirmed in season one of Loki when the character admitted as much. In a more intimate conversation with his female variant, Sylvie, the latter asks, “What about you? You’re a prince. Must have been would-be princesses. Or perhaps another prince?” To which Loki responds, “A bit of both. I suspect the same as you.”

Valkyrie was confirmed as bisexual right from the start with her appearance in Thor: Ragnarok leaving queer fans in love with her energy. Actress Tessa Thompson was vocal about this facet of her character, but despite this, there was no outright mention of it within the film, and a scene hinting at it was cut.

Now, of course, a character’s sexuality does not need to be brought up for the sake of it, but after all the build-up, there wasn’t any real display of it, leaving some feeling a little baited. The most we got in Thor: Love and Thunder was a quick kiss on the hand of a female extra. Nonetheless, she is a queer character within the MCU, and we love Thompson’s portrayal.

Avengers: Endgame director, Joe Russo, actually played the first character to openly admit to being gay within the MCU in the form of the grieving man in Steve’s group therapy. As the group discusses how they are coping with the losses, they have faced thanks to Thanos’ snap, he grieves over the loss of a loved one that was lost while on a date with another man.

Okay, so Jeri is a little uncertain as right now we are not 100 percent sure if she is a part of the MCU yet. The character, played by Carrie-Anne Moss, was a high-powered lawyer in Daredevil, and her sexuality was explicit within the show. The character is a lesbian and had a number of romantic and sexual partners throughout the show.

With Daredevil and Kingpin now a firm part of the MCU, it is not yet certain whether that also means that Jeri is as well. If so, it would actually make her the first openly gay character as the show debuted on Netflix in 2015.

Korg is another one of the Thor bunch to have come out as queer, though his coming out was much more obvious than Valkyrie’s. The film ends with Korg finding love with his newfound husband, Dwayne (it’s brilliant that they named a rock creature Dwayne), as they sit together in a lava hot tub to make a baby.

Ayo is expressly gay in the comics, but we finally got to see it on screen. It was a blink-and-you-miss-it moment when it turns out that she is in a relationship with fellow Dora Milaje, Aneka. This briefest of moments have many speculating this was the reason that the film was not released in China.

Aneka, a new addition to the MCU’s Dora Milaje, doesn’t seem to want to play by the rules all the time. She is shown to be in a relationship with Ayo.

In Doctor Strange in the Multiverse of Madness, America Chavez has a flashback moment to when her powers first awakened. The scene shows her two mothers coming to talk to her as they hand out flowers only for a bee to startle America enough that she creates a star-shaped hole in reality that pulls her two mothers from her before sucking her in as well. America has not seen her mothers since.

Like Jeri Hogarth, this is another queer representation that may now be a part of the MCU thanks to Deadpool’s upcoming inclusion. Negasonic Teenage Warhead and Yukio are in a relationship with Deadpool chiming in about their obvious differences. The two seem to be at opposite ends of the spectrum from one another personality-wise, but they make a great team. Sometimes, opposites attract.

Characters that don’t state it, but…

Now some of these seem so obvious, but seeing as they don’t say it within the film/series, and we aren’t here to assign labels, we will place them here.

Within the comics, the character of America Chavez is an LGBTQ+ icon, a lesbian superhero who also has a superhero partner, Ramone Watts. None of this comes up in the film—she does have a pressing life-or-death situation on her hands, after all—but the one hint we do get is the pride flag pin that she wears on her jacket throughout the movie.

Nikki Ramos, bestfriend to Jennifer Walters, aka She-Hulk, is another character that doesn’t openly express her sexual preferences but one throwaway comment from the character, “hetero life is grim,” would suggest she is not straight. Actress Ginger Gonzaga shared that she is bisexual and states her character is also, telling TVLine,

“Nikki is definitely queer, she’s free, she’ll love anyone. I thought of her initially as being bi because I’m kind of projecting myself onto this character…There are no rules for Nikki, which is a nice balance with Jen Walters.”

Kamala Khan’s guidance counselor, Mr. Wilson, does not express his sexuality (why would he? There is no need to within the story) but many have guessed that the character is most likely queer, especially after he recites Mulan to help Kamala look within.

Luke Jacobson is the designer to the stars…superhero stars that it. Created by Martha Thomases and Tony Salmons, Luke is a character from the comics debuting in 1986’s Dakota North #1. Thomases said her inspiration for the character was “my friend, the fashion designer David Freelander, who died of AIDS in 1987.” She had wanted the character to be gay and to have AIDS, but that was cut from the comic. The actor who plays the character, Griffin Matthews, is also gay, so this one sort of feels very obvious to us.