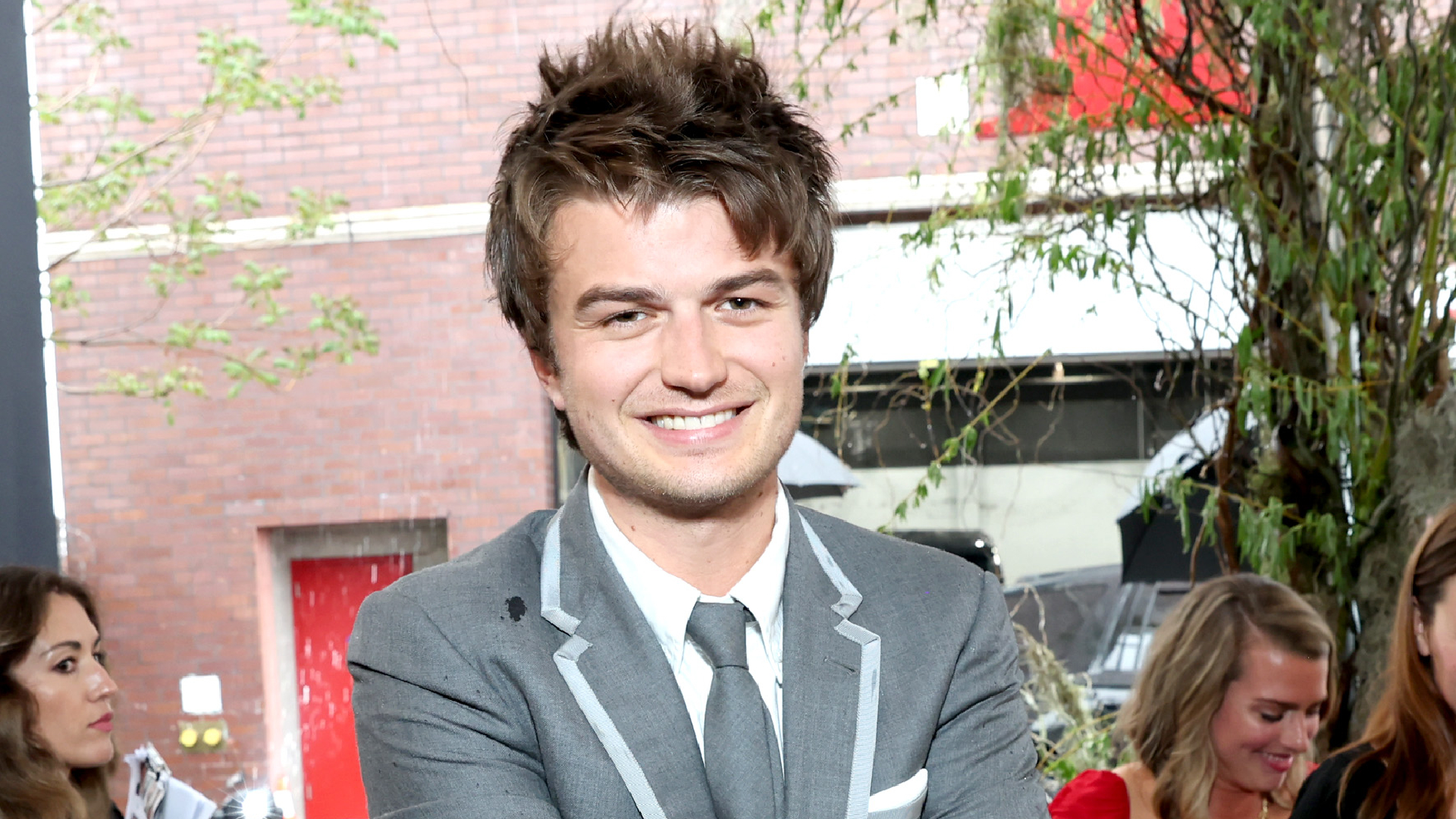 It’s been years since Joe Keery debuted as Steve Harrington in season one of Stranger Things, but Keery fever remains at an all-time high.

The instant favorite of Netflix’s supernatural series joined the longtime cast in the very first episode of the debut season, and soon had a fanbase to rival those of main characters Eleven or Dustin. A combination of Keery’s charm, good looks, and undeniable charisma made his breakout character one of the show’s very best, and quickly gave Keery widespread name recognition.

With news that season five will be the popular show’s last, fans are already on the hunt for Keery’s next major project. Rumors are already swirling that he could enter the Marvel Cinematic Universe as a certain hot-headed member of the Fantastic Four, but no concrete castings have been announced. The idea of Keery joining the MCU is just too tantalizing for most of his fans to ignore, however, which leaves them to dream up the many alternates Keery could take on in the franchise.

10 Marvel characters Joe Keery could potentially play in the MCU

The internet decided that Keery was the perfect fit for the Human Torch a long time ago, so we won’t be rehashing that here. If the MCU makes the mistake of passing him by for that role, however, we’ve got some ideas about alternate Marvel characters he could play flawlessly. And yes, most of them have great hair.

The MCU has yet to officially unveil its Harry Osborn, and we think Keery would be a perfect fit for the role. The Osborns are, in general, absent from the MCU at large, likely due to their overwhelming and impactful presence in the first trilogy of Spider-Man flicks.

That being said, Harry is a huge part of Spider-Man lore, and he’s almost guaranteed to eventually enter the MCU alongside the already-established Peter and MJ. Keery’s good looks and easy confidence would make him a stellar pick for Harry, and perhaps his personality could help bring a bit of charm and goofiness into an oft-serious character.

The announcement of 2023’s Blade has people dreaming up potential plotlines and characters for the forthcoming film. One such character is Hannibal King, a surprisingly considerate vampire-turned-private detective who’s well known to fans of the franchise. Back in the early 2000s, Ryan Reynolds portrayed this vampire-hunting smartass in the third of the Wesley Snipes-helmed films. It was this role, in fact, that ultimately inspired Reynolds to pursue a live-action adaptation of the Deadpool comics.

Hannibal’s character requires just the right balance of charm, archness, and humor, and Keery has each trait in droves. He could bring a new, youthful twist to the character, and revamp him for a whole new generation of Blade fans.

The X-Men are on a slow but inexorable path to the MCU, and fans couldn’t be more excited. As we distract ourselves with ceaseless debates about whether the team will be revamped or simply reintroduced, some fans have their eyes on potential future castings. One character that Keery could play, regardless of whether the team is recast or remains the same, is Gambit, a Louisiana thief who remains absent from the most recent iterations of the team.

Gambit is fast-talking, endearing, and impressively powerful. His range of abilities, paired with his quick-witted charm and that luxurious hair, all make him a stellar pick for Keery’s talents. Plus, Keery could bring some Gen-Z fans into the slightly-outdated (by youthful standards) X-Men franchise, something that may be necessary if the team truly does remain the same.

We’ve yet to get official word of a Young Avengers MCU release, but trust us, it’s coming. The MCU has been laying the groundwork for this spectacular team of super-powered youths for years now, and the vast majority of the original lineup have already made their MCU debut. Except for Teddy Altman, of course.

Teddy, aka “Hulkling,” is a sweet, soft-spoken young man with a complicated and rather onerous backstory. He doesn’t have the easy confidence fans have come to expect from Keery, but the role could present a delightful challenge for the 30-year-old actor.

Speaking of the X-Men, yet another longstanding favorite has yet to be recast for the new generation. The timeline for this beloved franchise is a bit dizzying, in its live-action form, but Bobby Drake is almost certain to enter the MCU with the assistance of a new actor. Sorry Shawn Ashmore, but you’re a touch too old to bring this fan-favorite character back to the big screen.

Keery could bring a stellar, modern style to this age-old favorite. It’s also very likely that a modern depiction of this character would allow his sexual orientation to remain intact, rather than making him heterosexual for the sake of the screen. We’d love to see Keery depict this sometimes arrogant, but always well-meaning character when the MCU brings him into the fold.

One of the most frequent side-kicks — if you can call him that — in Deadpool comics, Hydra Bob is a former member of the criminal organization, Hydra, who signs on (willingly or not) to aid Deadpool in his often futile efforts toward heroism. While this character has technically had a minor cameo in one of the live-action Deadpool films, it was small enough that we believe the character could be recast.

And Joe Keery would do an excellent job as Bob. The character is a slightly cowardly, but deeply charming man who is rarely in control of what goes on around him. He is a stellar comedic side-kick to Deadpool’s many misdeeds, and we believe Keery could crush this role. It combines just the right amount of goofiness and well-meaning appeal to suit the Stranger Things favorite, and it would be delightful to see Keery try his hand at such a hapless hero.

A somewhat side Marvel character with heaps of potential, Longshot could be an ideal fit for Keery. The character is commonly associated with the X-Men, but isn’t so closely linked that his appearance in a different series or film would seem strange. Longshot’s genuinely challenging backstory would also suit Keery well, stretching his skills and allowing the popular actor to play a more serious role while still seeping some humor in.

Over his history, Longshot has been a slave, an amnesiac, a stuntman, an X-Man, and plenty more. He’s got a surprisingly rich backstory, one that the MCU could either keep to give the character depth, or alter, to make him a sillier addition to one of its various existing properties.

One of the Great Lakes Avengers

This team is essentially a punchline (no pun intended) in many Marvel comics, but they would honestly suit the MCU perfectly. The media franchise is already awash with impressive, classic superheroes like Captain America and Spider-Man — isn’t it about time they brought some B-Listers to the forefront?

Keery could play a number of the members of this slightly haphazard, endearing team. He wouldn’t be a great pick for Squirrel Girl — though Maya Hawke could certainly pull off the role — but he’d make a great fit for Mr. Immortal or Doorman. Their slightly silly, off-brand style could make for a genuinely hilarious series or standalone film, and Keery’s mix of dopey humor and classic magnetism would suit it perfectly.

With news of both a Daredevil revamp and a Thunderbolts film officially out, we have another idea for a potential Keery MCU role. We believe he could be a great fit for the villainous Cyclone, a character that has cropped up in comic storylines for both series.

We’re thinking Keery would be a good fit for the third person to hold the moniker of Cyclone, Pierre Fresson. A former member of a European crime syndicate, Fresson eventually inherits the Cyclone suit — which allows him to twist air to create cyclones — and joins the Thunderbolts. The character has ties to S.H.I.E.L.D, Hawkeye, the Thunderbolts, and Daredevil, though the Man Without Fear typically faces off against earlier iterations of the villain.

The final option on our list puts Keery in the role of T-Ray, a hulking, pale-skinned mercenary who often heads off against Deadpool. Keery’s good looks would be wasted on T-Ray — and he’d likely have to bulk up for the role — but we think Keery would make a stellar addition to the Deadpool franchise, and could put a unique and interesting spin on this nefarious character.

T-Ray is one of the most persistent villains in Deadpool comics, so it seems inevitable that he’ll enter the MCU eventually, now that the Merc with a Mouth has a cozy position among its ranks. We think Keery can pull off that high pony with aplomb, and bring a fresh, different energy to the role that would pair well with Reynold’s portrayal of Wade Wilson.