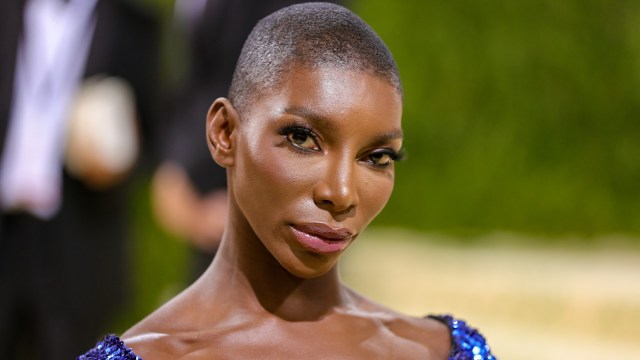 Michaela Coel is coming to the world of Black Panther: Wakanda Forever, according to an announcement at Marvel’s panel for San Diego Comic-Con Saturday.

The character Coel will be playing is Aneka, a combat instructor for the Dora Milaje.

We’re not only excited for more Wakandan characters coming to the Black Panther sequel (especially after hearing about Daniel Kaluuya bowing out of participating in it due to shooting schedule conflicts Jordan Peele’s Nope), but also to see such a seminal talent join the franchise. For I May Destroy You, Coel won a Primetime Emmy for Outstanding Writing for a Limited or Anthology Series or Movie as well as a BAFTA TV Award for Leading Actress.

We’ve even gotten a brief glimpse at Coel in the role, sporting a blue warrior’s outfit to lead the Dora Milaje in the trailer.

Unsurprisingly, the trailer for Black Panther: Wakanda Forever was an absolutely jaw-dropping experience that we can’t wait to see unfold on the big screen, especially considering the director of the original film, Ryan Coogler, who gave us one of Marvel’s best outings, is back to helm the sequel.

Though the trailer was spine-tingling, it was also clear the characters in the sequel are all mourning the loss of Chadwick Boseman’s T’Challa, just as fans are collectively weeping at the loss of the talented actor in real life. The presentation by Coogler even started with a heart-warming tribute to the actor.