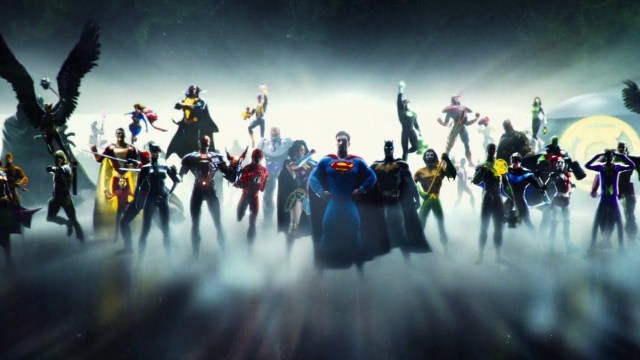 While there are plenty of best-selling comics studios nipping at their heels, including Image, Dark Horse, and Boom!, everyone knows that the superhero comics game comes down to The Big Two — Marvel and DC. Over the past couple of decades, Marvel and DC have transformed themselves into multimedia behemoths whose years-long rivalry is now writ large across multiple platforms and mediums, from blockbuster battles to streaming wars.

But, even though we’re used to seeing these two brand names everywhere we look, you’d be forgiven for not knowing where those names actually came from. The origin of Marvel is simple enough to explain — it couldn’t have been better chosen as a word that evokes awe and wonderment, fitting for a company that publishes some of the world’s most popular characters — but the logic behind DC’s name is a little less obvious.

So what does DC Comics stand for and where does that legendary name originate? Let’s investigate…

What does DC Comics stand for?

As comic book readers of course know, DC stands for Detective Comics — so, yes, the company name is really Detective Comics Comics. The reason the unabbreviated appellation actually makes no sense is because the title DC Comics was originally just what the fans called the company, before it became so ubiquitous that it had to be made official.

You could argue that something similar has happened in modern times, too. DC Films once attempted to christen their cinematic universe as “the Worlds of DC”, but it totally failed to stick. Instead fans preferred the term “DC Extended Universe” so the franchise has remained known as the DCEU.

Where does the DC Comics name come from?

But where does the name Detective Comics originate from? To answer that, we need to have a little history lesson…

In 1934, National Allied Publications, or National Comics, launched, with the company finding much success over the ’30s and the ’40s with comics covering a range of genres, but most notably superhero stories. In 1938, sister company Detective Comics joined National on the newsstands, with that June’s Action Comics #1 immediately making a splash with readers thanks to the debut of Superman. All-American Comics soon followed in 1939, the same year that Detective Comics struck gold again with the creation of Batman.

The Golden Age superhero boom continued until National Comics merged with both Detective Comics and All-American Comics in 1946. Officially, the new company was called National Periodical Publications, but comics were typically branded under the much catchier “DC” label. Despite rarely being known by this, the original company name actually stuck around for decades before the money men formally relaunched the company as DC Comics Inc. in 1977, finally making the DC name official.

Could DC ever change its name?

Technically, then, DC doesn’t really stand for anything anymore as the company name has long since outgrown its origins as Detective Comics, although the Detective Comics title is still published to this day. The reason the DC logo doesn’t spell out the abbreviation is obvious: despite Batman’s claim as the world’s greatest sleuth, the company is known for its superheroes, not its private eyes.

So it’s worth pondering whether DC could ever change its name to something else, a title that carries less baggage. Despite DC’s traditional dominance of the field, it has to be said that, these days, those less fluent in comic book culture tend to use Marvel, and not DC, as a blanket term to refer to all superhero media.

Despite that, it seems unlikely DC would ever go so far as to entirely relaunch itself under a new identity. In the current landscape, brand recognition is everything so for the company to suddenly have a different name could play havoc with its earnings and public awareness. While it’s arguably something of a misleading name at this point, you don’t need to be a detective to see that DC isn’t going anywhere.