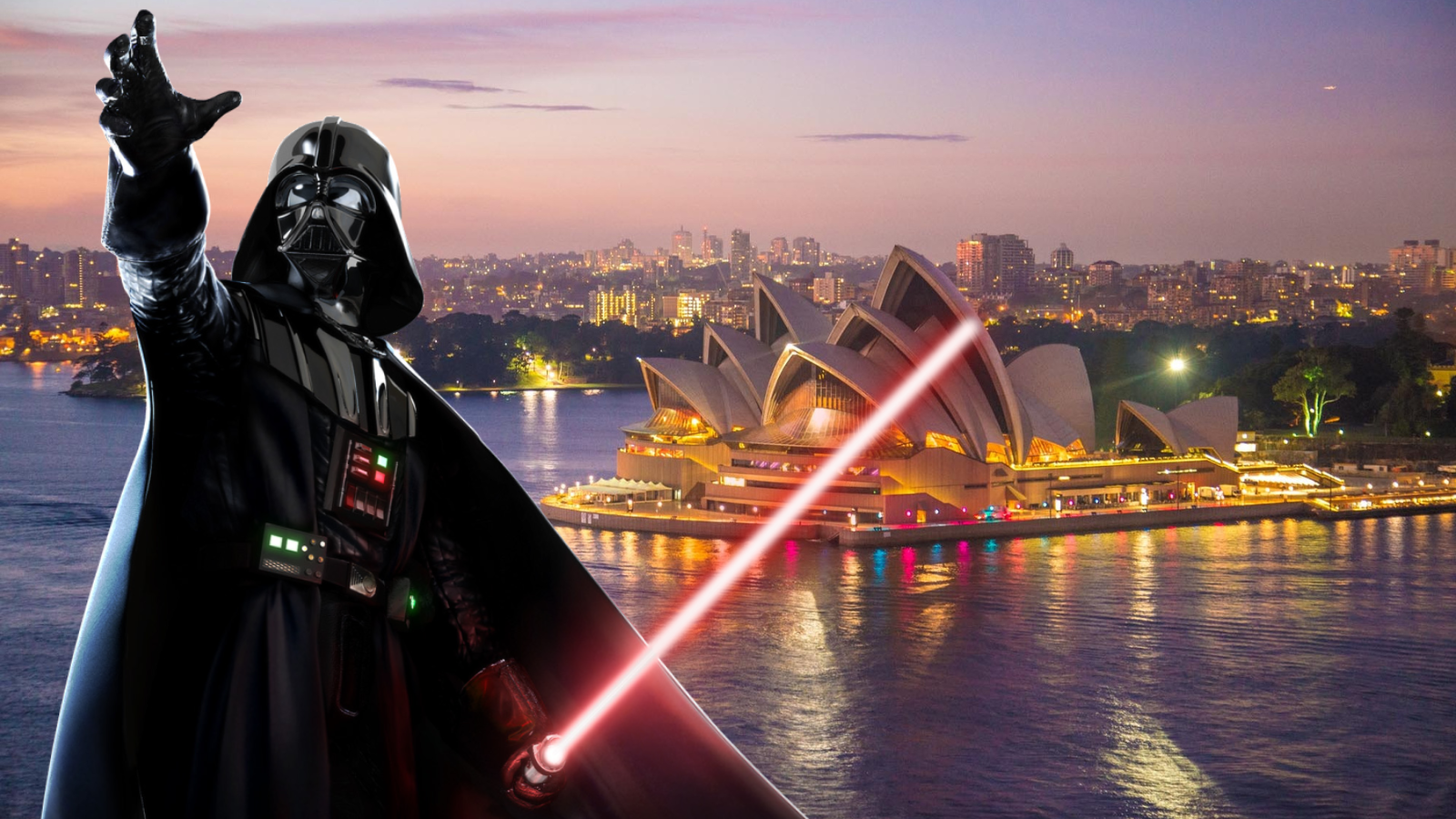 Vivid Sydney is one of the biggest light shows in Australia, where the entire Sydney Harbour is illuminated with colorful projections and light displays. And this Star Wars-themed community meetup took advantage of what was unfolding in Sydney as younglings gathered to learn the ways of the force.

Lightsaber Battle @ Vivid Sydney was a one-night Facebook event organized by Timothy Yang via the UTS Alumni group. The event invited everyone in public to meet up in Darling Harbour an hour before Vivid Sydney started to have a lightsaber battle. The event encouraged aspiring younglings and padawans to bring a robe and a lightsaber as they recreate iconic duels in the show.

Come bring a lightsaber or stick, or buy one at the Anderson’s of Denmark Ice Cream for $30. We will reenact the Duel of the fates from Episode 1. Cosplay is optional, I will bring my Darth Maul Robe.

According to Yang, he thought it would be cool to bring lightsabers to Vivid Sydney, especially since small booths sell them around the area. And he was not wrong as young children, some wearing robes and masks from the iconic sci-fi franchise, arrived and were eager to duel with like-minded people.

“Vivid brings a lot of people to the city, into Darling Harbour. There are places selling lightsabers and light-up objects around this time. That’s what made me think of doing this event now. I wanted to coordinate people who like Star Wars together and do a Star Wars lightsaber fight.”

While the event was shared on multiple university discussion pages on Facebook, the event had a mixed turnout of adults and children alike. One attendee appeared wearing a Darth Vader mask. According to them, they didn’t want to hit the kids so they allowed them to hit him instead. The polar opposite of what the real Darth Vader would do, especially due to what happened recently in Obi-Wan Kenobi.

“I let them wail at me with their lightsabers. I couldn’t see anything from the mask and I was afraid to hit the kids. Some of the kids had some sick lightsaber skills, I can tell you that much”

Another attendee, Edward, said he was surprised at the large number of kids that made it to the meetup and how he’s impressed with how Star Wars has managed to “keep a loyal fanbase throughout time”.

“Somebody shared this on the UNSW discussion group page and that’s how I found out about this. My expectation was that there was going to be a bunch of uni kids with lightsabers, so I wasn’t expecting so many younger generation. It’s awesome! it really shows that this series has managed to keep a loyal fanbase throughout time”

Star Wars has continued to draw in new audiences, as well as satisfy the older ones as well. And with animated shows like Star Wars Rebels, The Clones Wars, and Visions, as well as their Disney Plus series such as The Mandalorian and the newly released Obi-Wan Kenobi, now hasn’t been a greater time to be more engaged with the Star Wars community.