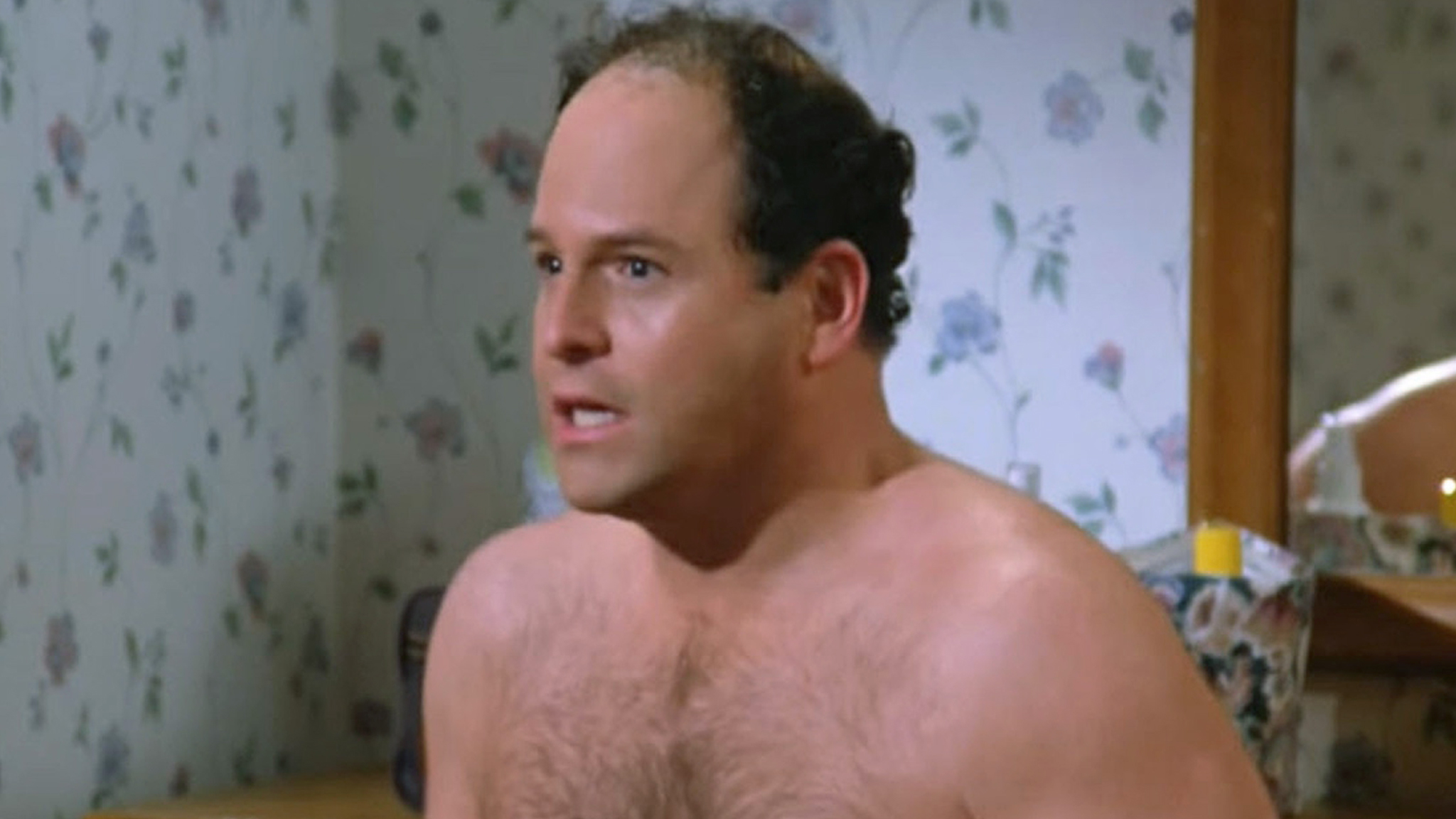 A classic Seinfeld scene got the royal Hollywood treatment at the Netflix Is A Joke comedy festival. Seth Rogen, Aziz Ansari, Kathryn Hahn, and Jack Black did a table read of “The Hamptons,” the 85th episode of Seinfeld, which contains the famous moment of George Costanza complaining about “shrinkage.”

“Shrinkage” is a term popularized by Seinfeld that refers to the shrinking that happens to a penis when it is subjected to cold temperatures, such as that of a swimming pool, which is what George blames for his diminutive size after Jerry’s girlfriend sees — and laughs at —his member. It’s commonly ranked as one of the best scenes in the entire series. For example, Looper ranked it the eighth funniest Seinfeld moment of all time.

With Rogen as Jerry, Ansari as George, Hahn as Elaine, and Black as Kramer, the table read went about as well as you can imagine. Not only was the audience cracking up, but the performers had to break to compose themselves. Adding to the hilarity were the narration by John O’Hurley, who portrayed Elaine’s boss J. Peterman in the actual show, and a band playing signature Seinfeld jingles between lines.

“The Hamptons” was one of three episodes’ scripts read that night, the other two being “The Marine Biologist” and “The Contest.” Other roles went to other celebrities like Moshe Kasher, Natasha Leggero, and Brendan Scannell. The event took place on May 1 at LA’s Orpheum Theatre with proceeds going to Hilarity for Charity, which supports Alzheimer’s patients and their families.

Netflix Is A Joke began on April 28 and concludes on May 8. Attendees can expect many more uniquely hilarious events.