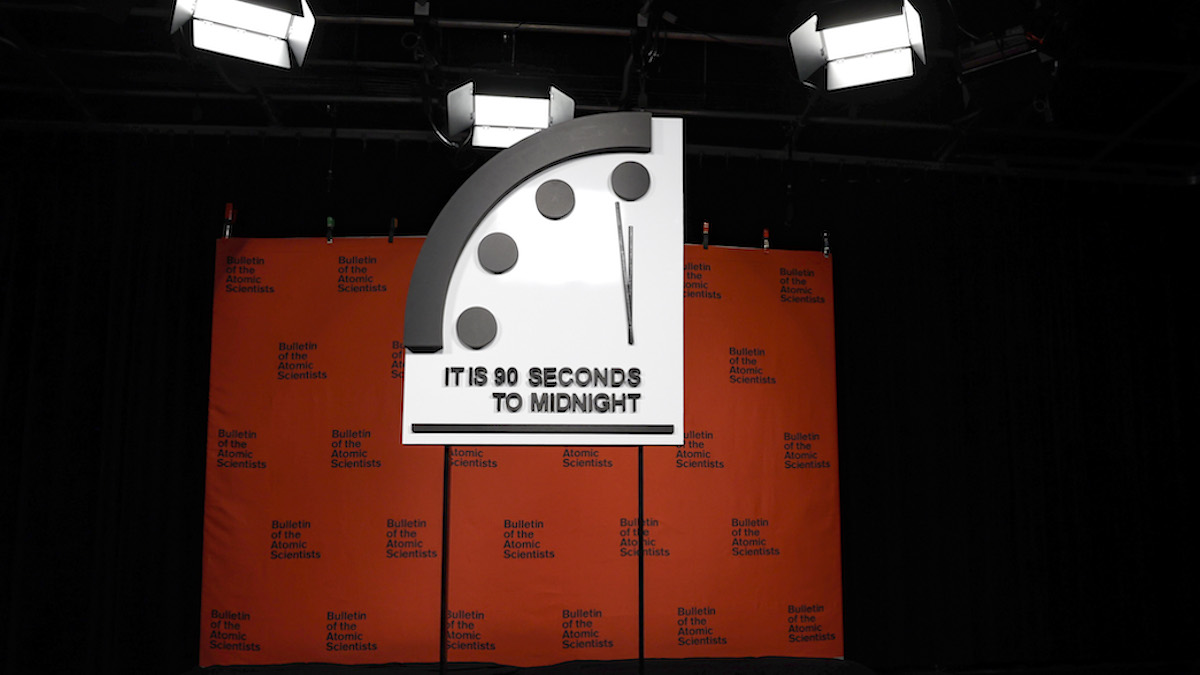 The news that the Doomsday Clock has moved and is now only 90 seconds away from midnight has made global headlines and become one of the most talked-about topics on social media. While the Doomsday clock has become a fixture of the public lexicon, many don’t know about the clock’s fascinating history or its true origins. So if you’re curious about exactly what the Doomsday Clock is, here is everything you need to know.

What is the Doomsday Clock?

The Doomsday Clock is not an actual clock but a metaphor used by the Science and Security Board of the Bulletin of the Atomic Scientists to communicate how close it believes humans are to total extinction. The group describes the clock by saying:

“The Doomsday Clock is a design that warns the public about how close we are to destroying our world with dangerous technologies of our own making. It is a metaphor, a reminder of the perils we must address if we are to survive on the planet.”

The clock’s origins can be traced back to 1947 when the Bulletin of the Atomic Scientists — a group consisting of people who had participated in the Manhattan Project — started publishing a bulletin. When this bulletin moved from a mimeographed newsletter to a full magazine, they realized they would need a cover. The group’s co-founder, Hyman Goldsmith, asked artist Martyl Langsdorf to design a cover for the June 1947 issue. Langsdorf came up with an image of a clock seven minutes away from midnight, almost like a countdown clock. Even though Langsdorf admitted that he picked seven minutes because “it looked good to my eye,” this visual and metaphor resonated with the group, and they have used it ever since as a communication aid.

The time on the Doomsday Clock has been overseen by the Science and Security Board since 1973, and the group meets twice yearly to discuss the global situation. However, the Bulletin of the Atomic Scientists notes that the group doesn’t make this decision alone. Their website explains that the group:

“consult widely with their colleagues across a range of disciplines and also seek the views of the Bulletin’s Board of Sponsors, which includes 10 Nobel laureates.”

At first, the clock tracked the threat posed by nuclear weapons, but in recent years the group has expanded the factors they look at, and today the group looks at the dangers posed by: “climate change, nuclear proliferation, and disruptive technologies.”

What happens when the clock hits midnight?

Originally, “midnight” on the Doomsday clock represented nations launching nuclear weapons at each other, starting a large-scale war and nuclear armageddon. However, as the group has expanded its remit, this has become less true, with midnight now being more nebulous. On the Big Brains podcast, Rachel Bronson — the president and CEO of the Bulletin of the Atomic Scientists — explained that today:

“It’s much harder to have a kind of before and after midnight clear sense of what that means.”