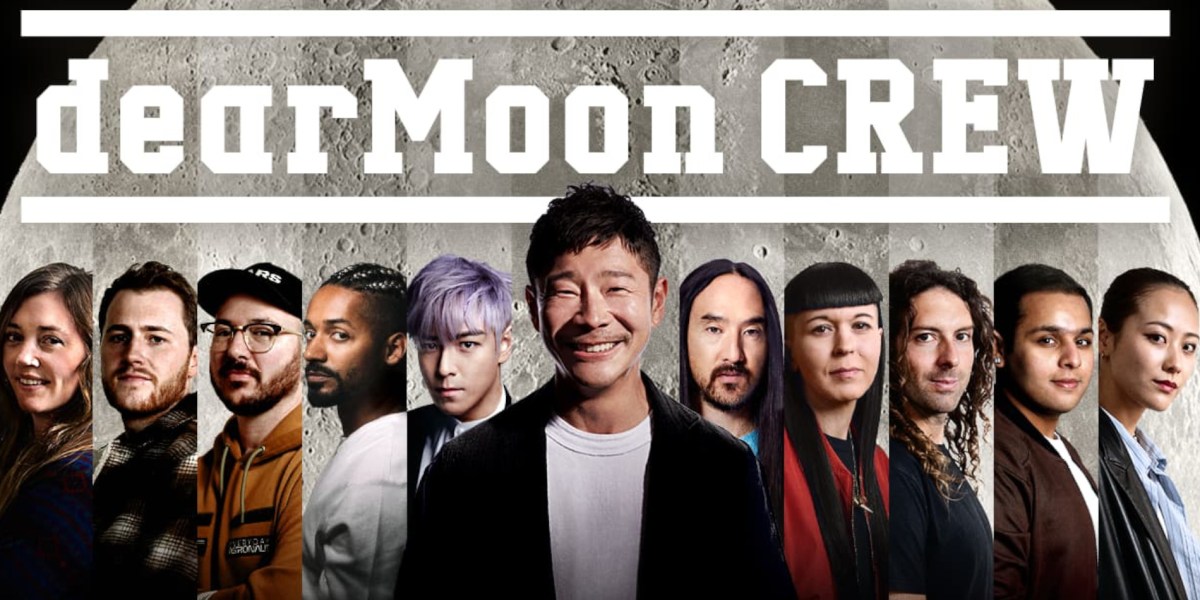 Space Tourism has always been one of humanity’s biggest dreams. Next year, the dearMoon project plans to take the first step toward making that concept a reality, but who will be on the ship when it launches? Here is everything you need to know.

What is the dearMoon project?

dearMoon was conceived and financed by Yusaku Maezawa, a Japanese billionaire. This space tourism project will see him and a group of artists take a private spacecraft around the Moon before returning to Earth. The project was first announced in 2018, and the launch is planned for sometime in 2023, using a rocket made by Elon Musk’s company, SpaceX. Maezawa held open auditions for the crewmember spots in August 2021.

However, it should be noted that, despite the hype, a spacecraft has yet to be approved by the Federal Aviation Administration for this type of trip, meaning there may be some delays in the project’s future.

Who is going to be on the dearMoon flight?

The dearMoon crew features several well-known names and a few highly praised artists. Joining Maezawa on the rocket to the Moon will be:

On top of this, there will be two backup crew members. If any of the previously mentioned people cannot take part in the trip for whatever reason, one of the backups will take their place. The currently confirmed backups are: