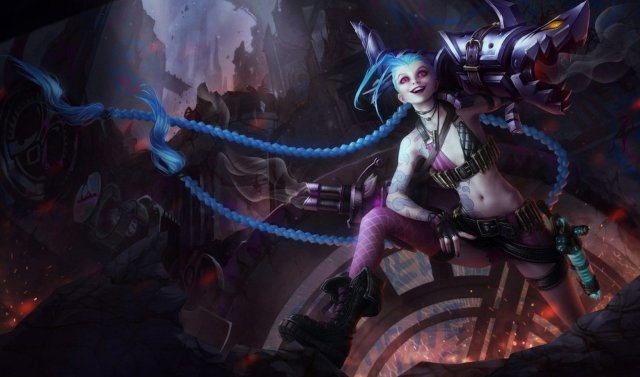 When it comes to tattoos, the possibilities are endless. And while this is undoubtedly a good thing, it’s also a double-edged sword. Before deciding to place a piece of artwork on your body permanently, there are several decisions to make: traditional or realistic style; shading or fine line work; all black or vibrant colors? With so many choices, deciding on a specific piece can be daunting and overwhelming.

However, if you consider yourself a serious gamer, the following list may help you decide on your next tattoo. From kooky League of Legends characters to Skyrim symbolism, here are 10 of the best video game tattoo ideas.

Castlevania is a series of horror action-adventure games that follow the Belmont family, a clan of vampire hunters, and their eternal struggle against Count Dracula. Based loosely on the mythology of Bram Stoker’s novel Dracula, the legend goes that Dracula is resurrected every 100 years. During this time, the Belmont family must attempt to defeat him before he invokes his wrath on humanity.

Castlevania has become a landmark in the gaming industry, as it was among the earliest video games to involve a gothic storyline while abandoning the exaggerated and campy elements of other games with similar premises. And considering Dracula is a significant antagonist in the series, it seems only fitting to get a tattoo of the Dark Lord himself.

Final Fantasy is a Japanese science-fantasy franchise that centers on a series of role-playing video games. They are generally stand-alone games, each with different plots, settings, and main characters. Each plot revolves around a particular group of heroes battling various evils.

To date, 15 games have been released as part of the main series, but there have also been many other installments, including CGI films, anime, manga, and novels. Many regard Final Fantasy as one of the greatest video games of all time as it’s one of the best-selling video game franchises. It’s known for its visuals, music, innovative style, and popularization of the genre in markets outside of Japan.

The Chocobo, a recurring animal in the series, are large avian creatures that act as mounts. They have appeared in every game in the series and are considered the mascot of Final Fantasy.

Based on the series of the same name by Polish author Andrzej Sapkowski, The Witcher is a role-playing video game series that centers on Geralt of Rivia (aka “the White Wolf”). Geralt is a witcher, a traveling monster hunter-for-hire gifted with powers in a fictional medieval world. The developers have often said that their primary goal with the game was to give players choices where there is no apparent good or evil. As a result, it’s the perfect game for morally gray people.

Kingdom Hearts is a series of action role-playing games based on a crossover of various Disney settings in a universe made specifically for the series. It centers around the main character, Sora, as he searches for his friends and encounters different Disney and Final Fantasy characters in their worlds. It consists of seven games across different video game platforms with two remakes, four spin-offs, and planned future titles. Most games have been the subject of critical acclaim and commercial success.

The keyblades are mysterious weapons heavily featured in the game. They are integral in the battle between Darkness and Light and can only be wielded by chosen individuals who are strong of heart. They are shaped like keys, can operate any lock in existence, and are imbued with magic and other capabilities. So, if you believe yourself to be strong of heart, then a keyblade tattoo is for you.

6. The Elder Scrolls V: Skyrim – The Seal of Akatosh

Set 200 years after the previous game’s events, Oblivion, Skyrim is the fifth installment of the action role-playing video game series Elder Scrolls. The story focuses on the player’s character, the Dragonborn, on their quest to defeat Alduin the World-eater, a dragon prophesied to destroy the world. The game is open-world, allowing players to travel anywhere and ignore or postpone the main storyline indefinitely. It received critical acclaim for its character development, visuals, combat, and world-building, and is considered one of the best video games ever made.

The Seal of Akatosh belonged to Akatosh himself, the Dragon of Time, who is considered the god-defender of the empire.

Dark Souls is set in the kingdom of Lordran, where players assume the role of a cursed undead character who begins a journey to uncover the fate of their kind. It takes place in an open-world environment and uses a third-person perspective while players explore dungeons and encounter enemies. It’s considered a challenging game, and players must use various weapons and strategies to survive. It is, yet again, a game that has received commercial and critical success and can be considered one of the best games of all time.

The bonfires are the checkpoints of Dark Souls, allowing players to save their well-earned progress. And just like the bonfires mark your progress in-game, a tattoo can celebrate the achievement of finishing this arduous undertaking.

Fallout is a series of six post-apocalyptic role-playing video games set during the 21st, 22nd, and 23rd centuries. Its retro-futuristic setting is influenced by the post-war culture of the 1950s United States and its combination of the hope for technological advancement and the fear of nuclear annihilation. In it, the player must scour a surrounding wasteland for supplies, interact with survivors, and complete missions.

Vault Boy is the official mascot of the Fallout franchise as he serves as part of the Vault-Tec propaganda efforts. Players can spot him in advertisements and informational pamphlets around the Fallout world.

Mortal Kombat is a media franchise centered on a video game series developed in 1992. It’s a science fantasy-themed fighting game developed in reaction to the popular game Street Fighter II. The original Mortal Kombat game led to many sequels, comic books, a card game, and movies. It has a reputation for high levels of graphic violence, such as its fatalities, which are finishing moves that kill the defeated opponents instead of knocking them out. The series occurs in a fictional universe of 18 surviving realms, created by ancient, ethereal beings called the Elder Gods.

One notable character from Mortal Kombat is Scorpion, a resurrected ninja who is also the game’s mascot. He appears in every generation of Mortal Kombat, and throughout the series, he has been a misguided antagonist attempting to seek revenge over the death of his family and clan.

This franchise centers around the strategic manipulation of companion creatures named pokémon. In the game, the player takes on the role of a trainer who has received a license to catch said pokémon. Players can set off on their adventure in which they will collect badges, defeat gym leaders, and try to catch all of the hundreds of pokémon.

The standard red, black, and white poké ball is well-known, as it is the only type typically available at the beginning of the game. However, to keep up with the hundreds of pokémon, the game has featured upgrades to the classic poké ball. It’s simple, aesthetic, and worth getting tattooed.

League of Legends is a multiplayer online battle video game in which players are put into two teams, typically composed of five members. Both teams start at opposing sides of a map near a “nexus” and must make their way to the other team’s nexus to destroy it and claim victory. Along the way, each player gains power by completing objectives to earn experience points and gold, which must be used to gain advantages over opponents.

Jinx has always been a popular character, but she became the face of the game when the League of Legends anime was released. She’s a criminal who claims “volatile explosives are a girl’s best friend.” She has an arsenal of deadly weapons, despises boredom, and gleefully brings chaos and pandemonium wherever she goes.