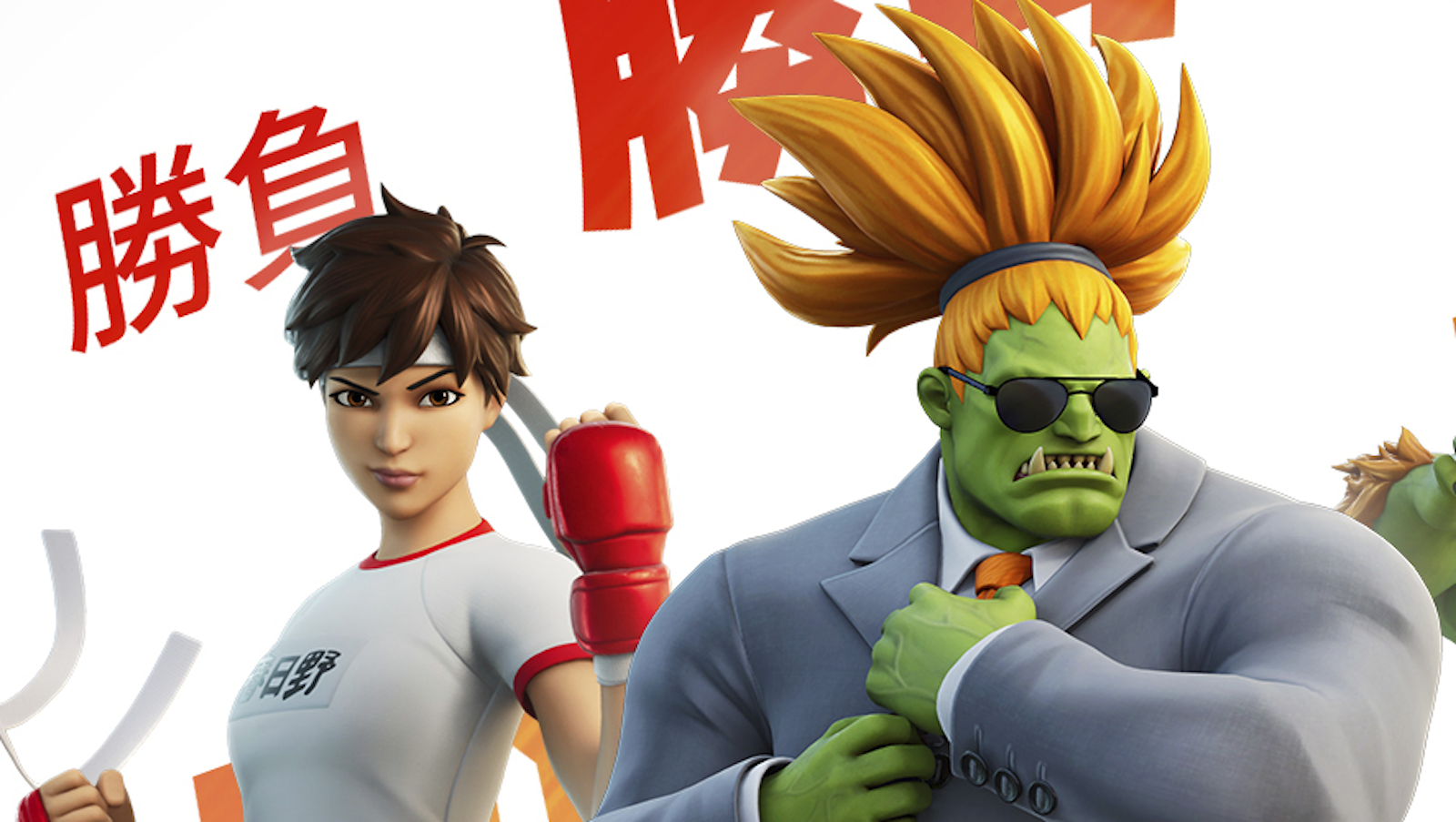 Fighting game juggernaut Street Fighter is making its return to Fortnite, with popular characters Sakura and Blanka joining the fray as special cosmetic sets for players to acquire and show off.

The collections, which feature a wide range of outfits, pickaxe variations, and emotes across the two, will feature as part of Street Fighter‘s 35th anniversary.

First appearing in Street Fighter II: The World Warrior, Blanka is known in the series for his feral, electricity-enabled fighting style, and his wild appearance has made him a popular face in the community.

In Fortnite, he’ll show up as two separate skins; one in his usual, shirtless form, and one in more formal attire, both of which will grant access to an exclusive backflip emote. He’ll also come with a plush accessory of himself that can be equipped by players, which charges up with electricity as you gain more and more eliminations; this is purely a cosmetic effect, however. Finally, players will also gain access to a fruit kebab in place of the standard pickaxe.

Sakura, who we were introduced to in Street Fighter Alpha 2, comes with a fancy set of cosmetics in her own right. Her standard outfit stands side-by-side with an athletic-wear outfit, which was inspired by one of her costumes from Street Fighter IV.

Both skins include the built-in Victory Sway emote, which sees her do a suave little dance when activated. Additionally, a backpack reskin inspired by a crane game, a pickaxe in the form of a fighting tournament trophy, and a glider in the shape of a wrinkly white pig are also included.

Fortnite Battle Royale has dominated pop culture and the art of the crossover ever since it dropped onto the scene back in 2017. The game has seen collaborators such as Marvel, Star Wars, DC Comics, The Walking Dead, and Rick and Morty, just to name a fraction.

This isn’t the first time Street Fighter has found its way into the pop culture sensation; Chapter Two, Season Five of Fortnite‘s updates saw leading characters Ryu and Chun-Li added to the game, while Season Seven of the same Chapter saw Cammy and Guile join the fray.

Blanka and Sakura are currently available for purchase in Fortnite.