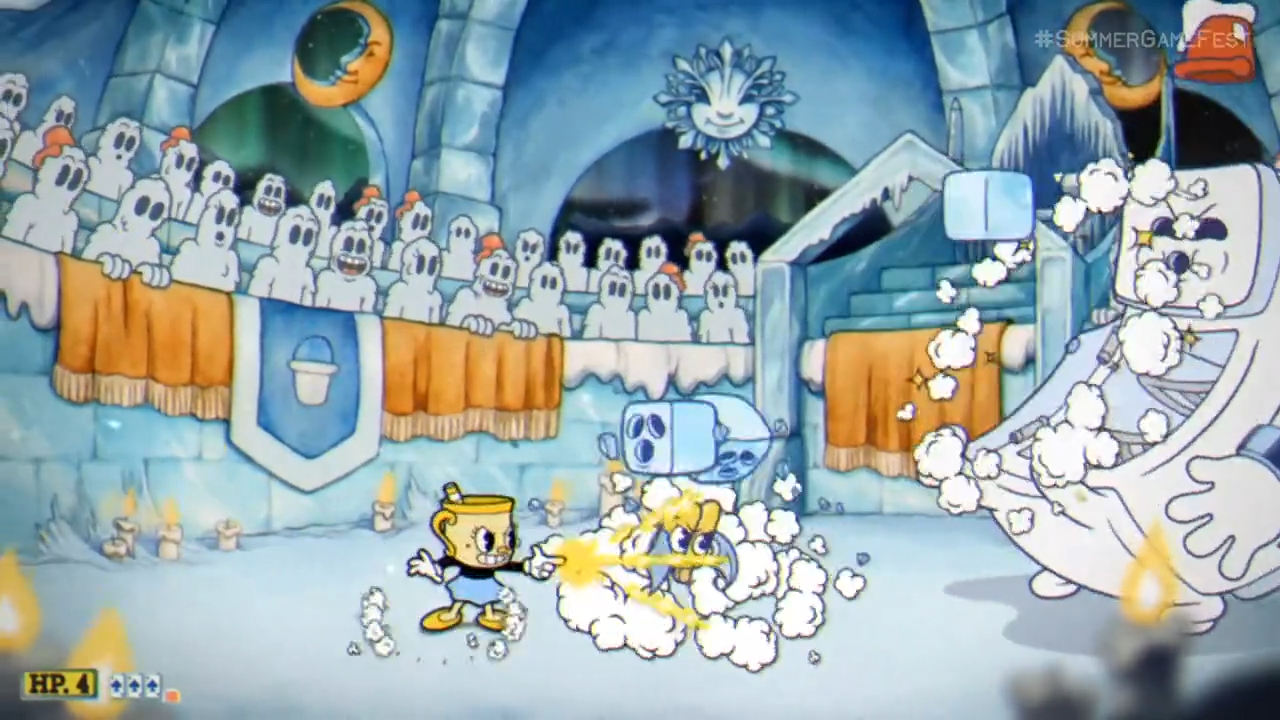 The clip features a bout with a frost-themed boss that, unsurprisingly, looks like a tough-as-nails battle in the tradition of the shooter game’s previous challenges.

Ms. Chalice also sports a number of impressive new move sets that were on full display n the game, including conjuring what looked like a beam of light for an attack at one point.

In the spirit of core game, the DLC once again boasts impressive hand-drawn animation for its graphics, in the tradition of Max and Dave Fleischer and Walt Disney cartoons from the 1930s.

According to Maja Moldenhauer, Studio MDHR’s director and executive producer, the developers attempted to take everything to the next level with the DLC, including the animation itself, the jazzy music the game is known for, the backgrounds, level designs, and gameplay designs.

What’s more, Moldenhauer said the DLC take place in “our biggest island yet” and features “super-sized bosses” and “lots of secrets to discover.”

The popularity of Cuphead has expanded beyond the world of games, with an animated Netflix show proving such a hit with fans that it’s been officially greenlit for a second season, as We Got This Covered previously reported. We must admit, making a cartoon show based on a game that takes such pains to pay homage to the golden age of American animation makes total sense, so we must tip our saucer to the streaming service for faithfully bringing it to life for TV.

Cuphead: The Delicious Last Course comes to Xbox One, PlayStation 4, Nintendo Switch, and PC on June 30.