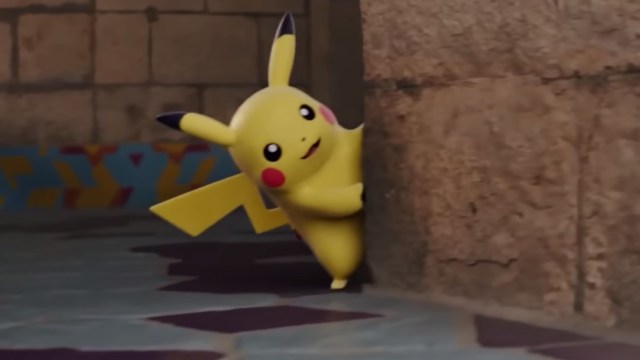 Pokémon Scarlet and Violet introduces players to the exciting new land of Paldea, home to various fresh characters and creatures. Unfortunately, it’s also host to some of the worst technical issues we’ve seen in a major release for a while. The excellent gameplay is beset by stutters, a wonky frame rate, herky-jerky animations, and odd glitches that mar the experience.

But, at least in the United Kingdom, that hasn’t stopped Switch players from snapping it up en masse. This has been a colossally successful launch for Nintendo and Game Freak, already becoming the biggest box release of the year (slaying even the mighty FIFA) and becoming the second biggest Pokémon launch of all time behind only 2016’s Pokémon Sun and Moon on the 3DS.

This is great news for Nintendo, but probably doesn’t bode well for players. If the game can be this successful even with these huge technical flaws, then why bother improving them for future titles? With the Switch still selling like hotcakes, there’s clearly no business case for rushing out the inevitable Switch 2 with hardware that can actually handle the games designed to run on it.

Even players who haven’t picked up the new Pokémon may be worried. Games like Bayonetta 3, Hyrule Warriors: Age of Calamity, and Pokémon Legends: Arceus have all clearly struggled to run well on the ageing Switch. Most gamers are eagerly anticipating The Legend of Zelda: Tears of the Kingdom in 2023, and if runs similarly poorly expect more misery to come.

Let’s hope that some new Nintendo hardware is on the horizon, as these excellent games are all marred by having to run on what’s essentially mid-2010s mobile phone architecture.