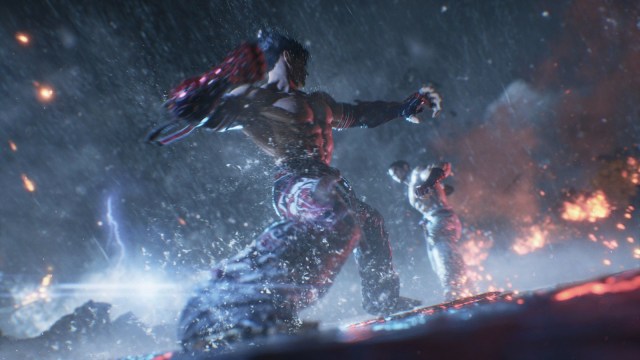 Sony has provided fans with more of what they’ve been waiting for — a look at new upcoming games, and PlayStation State of Play had a lot to get excited about.

The showcase, which aired on Sept. 13, not only saw the premiere of massive titles that fans have been speculating on, but also a better look at highly anticipated exclusives like God of War: Ragnarok which is scheduled to arrive in November.

If you haven’t yet taken the time to watch the broadcast or simply just looking for a glimpse at what new games are coming here is a list of everything that was announced for the first time during the showcase.

The biggest new game to be announced during Sony’s PlayStation State of Play event for September was the next installment in an iconic fighting franchise, Tekken 8.

During the presentation, fans were given a glimpse at the game’s story mode via cutscenes and gameplay all running at 50fps. The game currently has no release date, but PlayStation fans should be pleased to hear that it is coming to PS5.

Despite never being released in the west, the PlayStation 3 Yakuza spin-off Rya Ga Gotoku: Ishin will be getting its own remake next year called Like a Dragon: Ishin! And is coming to both PlayStation four and PlayStation five.

If you’re familiar with the Yakuza series then you know what to expect from this upcoming release and that is more open-world hack and slash adventures — this time set centuries before the main series.

Sony’s PlayStation VR2 will be getting something for Star Wars fans when it arrives as Star Wars: Tales From The Galaxy’s Edge has been announced to receive a new addition in 2023.

This version of the game will include better graphics, more control, and an overall superior experience to what was capable on the original PlayStation VR headset. The content within the game won’t have changed, but if you’re yet to experience this story in a galaxy far, far away then when the PSVR2 lands it might be your best chance.

The PS5 will get a new first-person survival driving title from Ironwood Studio called Pacific Drive. This game was announced during the broadcast with a trailer that suggests players are in for some intense driving action as they avoid chaotic hazards and look to escape with their lives.

If you’re a fan of driving games but looking for something a little different, Pacific Drive might be the perfect choice for you and it is headed to stores in 2023.

Bandai Namco provided fans will a glimpse at a new game during the presentation and the cinematic footage looks absolutely stunning. Synduality looks to be a mech-based fantasy RPG that will have players adventuring, mining resources and taking out wild creatures and other mechs.

Rise of the Ronin

PlayStation 5 owners will be getting more samurai action as the exclusive title Rise of the Ronin has been announced. In its announcement trailer fans got a glimpse of footage taken from the console detailing its story which will put tradition against modern practices.

The open-world title has options for stealth kills, front-on assaults, a range of weapons, and pretty much all that you’d expect from a samurai title.