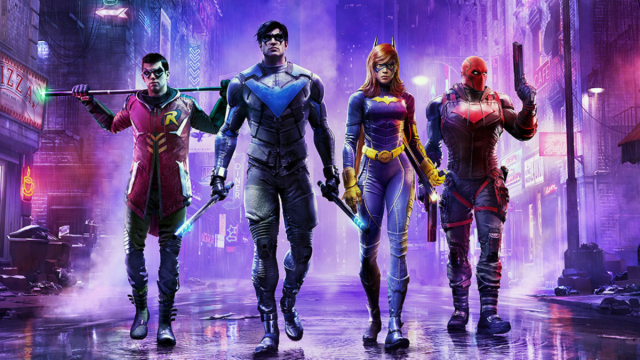 Now that reviews for Gotham Knights have begun flooding in coinciding with the video game’s release this week, fans are declaring that the game may not be able to escape the shadow of the Arkham series that came before it.

In case you slept on one of the biggest franchise debuts of the seventh generation of video game consoles, Rocksteady Studios’ Batman: Arkham Asylum set a new standard for superhero games when it released on PlayStation 3, Xbox 360, and PC, back in 2009. The follow-up, 2011’s Batman: Arkham City, was even more acclaimed than the first installment, owing to its open-world design and perfecting the addictive gameplay loop and combat mechanics from the first game. And although the third game in the franchise, 2015’s Batman: Arkham Knight, wasn’t as highly acclaimed, it’s still fairly respected and currently enjoying a critical reappraisal in retrospect due to the disappointing reception of the latest game to take place in Gotham City, Gotham Knights.

It’s important to clarify here that Gotham Knights is not technically part of the Arkham series. While the Arkham games were developed by Rocksteady Studios, Knights was created by WB Games Montreal. The devs for Knights confirmed that the game is an original story that is entirely separate from the Arkham series, according to ComicBook. However, the universe established in Rocksteady’s Arkham series will continue with the forthcoming video game Suicide Squad: Kill the Justice League, which is expected to be released next year on most modern consoles.

One Twitter user took the time out of their day to consolidate the early reviews for Gotham Knights in a tweet, culminating in a very middling aggregate score of 72/100 on both Metacritic and Opencritic. We Got This Covered gave Knights a similarly mediocre score in Eric Hall’s review of the game.

One commentator could only sum up their feelings using a Thanos meme.

Another Twitter user pointed to the devs’ controversial decision to cap Gotham Knights at 30 frames per second for the console edition of the game.

One of the more scathing reviews for Gotham Knights came from IGN, which gave it a score of five. That’s not a five out of five, mind you, but a five out of 10.

The poor characterization utilized in Gotham Knight‘s story, particularly of Talia, was called out by one comics fan.

Another Twitter user boldly proclaimed Gotham Knights is indeed a game that exists.

If you want to roll the dice for yourself, the co-op-centric Gotham Knights is available on PlayStation 5, Xbox Series X/S, and PC on Oct. 21.