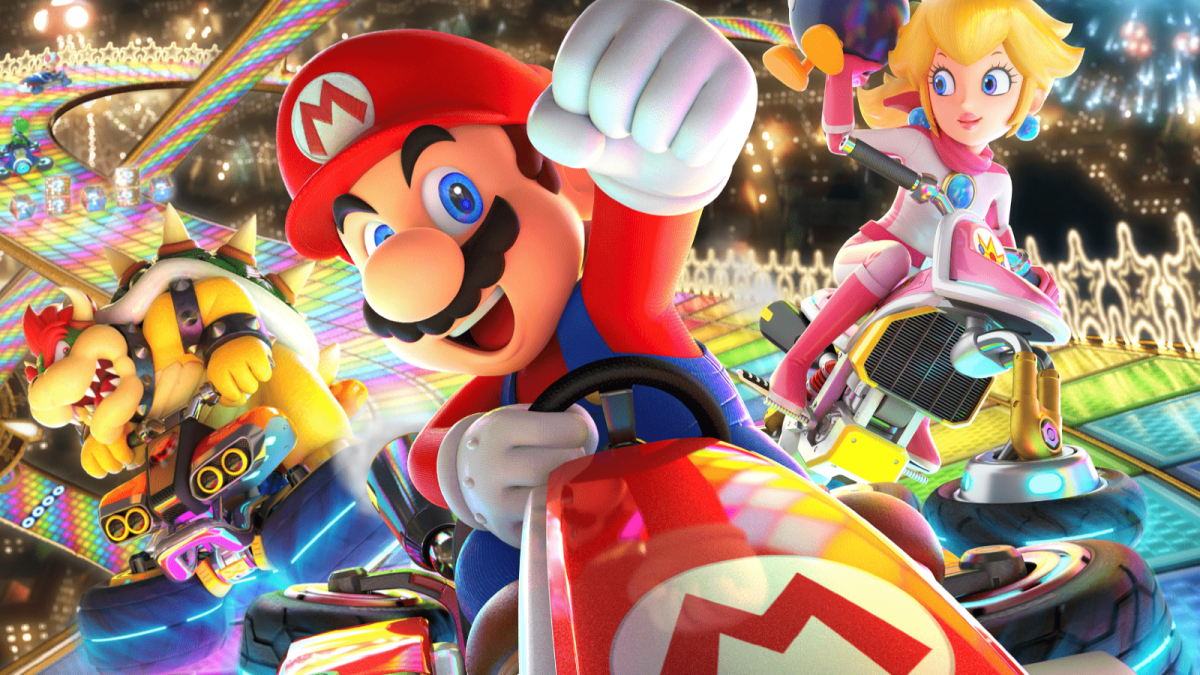 Cyber Monday is here, and gamers looking to make some deep savings should be very happy with what’s on offer. PlayStation, Xbox, Switch, and PC all have heavily discounted software and hardware up for grabs today. Here are the best deals we’ve spotted.

Nintendo’s all-conquering Switch is still wildly popular five years on from launch and usually still goes for full price. If you still somehow don’t own one (or you’re looking for a great Christmas present for friends and family), we’d recommend hitting up Target, Best Buy, and Walmart for their discounted Switch bundle. This gets you the base console, a digital copy of Mario Kart 8 Deluxe, and a three-month subscription to Nintendo Switch Online.

This would ordinarily set you back $360, but this deal gets you the lot for $299. They’re going fast, so grab them while you can.

Sadly there don’t appear to be any good deals out there for the PlayStation 5. Sony’s new console is still in huge demand with Christmas just around the corner and many people hoping to find them underneath the tree come Dec. 25. However, there are some great software deals out there.

It’s also a great time to pick up some accessories if you’re already on the PS5 train. The DualSense controller is down to $49.99 (from $74.99) at Best Buy. You can expand storage with a 1TB M.2. SSD for $129.99 (discounted from $179.99) at Amazon. The HyperX Cloud II Wireless Headset, which is compatible with multiple platforms) is also an excellent pick for online gamers and can be had for $110 (usually $150) at their site.

There’s much better news for anyone hoping to snag an Xbox today. While the premium Xbox Series X remains difficult to find, the Xbox Series S is available for just $239.99 (down from $300) at Walmart. This digital-only console is less powerful than its bigger brother but can play all Xbox games and is a great purchase if you’re signed up to Game Pass. It’s available today from Amazon, Target, and Walmart at its lowest price ever and is fantastic value for money if you want next-gen gaming that isn’t going to break the bank.

You can also nab an official Xbox Wireless Controller for $39.99 (down from $60) today from Microsoft. These are also compatible with PCs and mobiles and represent the de facto default gaming controller with excellent build quality and compatibility.

Elden Ring is also available for $39.99 on Xbox, as is the recently released Sonic Frontiers. Halo Infinite is also up for grabs for just $19.99 today and is a great showcase for what this console can do.

And finally, you can get a $25 Xbox Gift Card for $20 at Target today. This isn’t a huge saving in itself, though the more you buy, the more the discounts stack up. For example, if you buy enough for a new AAA release, you’ll save $15 on any $75 purchase in the Xbox Store.

Facebook raised eyebrows earlier this year when they raised the price of their Meta Quest II VR headset by $100. If you’ve been waiting for the price to return to normal, you may be in luck today. Amazon has a bundle for $350 that includes the system’s two best games Beat Saber and Resident Evil 4 VR. We’ve played both, and anyone wishing to dip their toe in VR won’t be disappointed, with the VR port of Resident Evil 4 one of the best titles we played this year.

Multiple outlets have great deals on PC accessories this year, and if you’re serious about gaming, we can’t recommend picking up a dedicated keyboard or mouse to nail those headshots or program-useful macros for MMORPGs. Our choice for the best gaming mouse is the pro-standard Logitech G502 Hero. The wired version usually sells for $49.99, but can be had for $29,99 at Best Buy today. The wireless model will set you back a lot more at $89.99, but that’s still an excellent deal considering its RRP is $149.99.

Don’t skimp on a keyboard, either. The premium quality Mountain Everest Max is about the best you can buy, though ordinarily costs $250. Today you can buy it for $179.99, which is still expensive, but in our opinion, a good keyboard is worth its weight in gold.

The best monitor on sale today is Dell’s 27in Curved Monitor, which boasts 4K resolution, a 1ms response time, and a 165hz refresh rate allowing you to take advantage of the latest graphical tech in modern gaming. This can be had for $189.99 at Dell’s site, representing a $100 saving on its $290 RRP.

Most modern phones are capable gaming machines in their own right, though controlling them via touchscreen isn’t ideal. We love the Backbone series of controllers, which essentially mimic the Switch style to turn your phone into a dedicated handheld. The Backbone One for iPhones is just $74.99 today (RRP $100) and is perfect if you want to dip into streaming via Xbox Game Pass or play the many great Apple Arcade titles out there.

Finally, today’s a great day if you want to nab a great streaming setup. The Elgato Stream Deck Mk. 2 is $119.99 (down from $150) at Best Buy and is indispensable if you want to look professional on stream. The HyperX Quadcast microphone is also down to $89.99 (down from $139.99) at Amazon, so you’ll sound clear as a pin to viewers.

Those are the best deals around at the moment, but we’ll update this article as and when lightning deals emerge from the major retailers. Have fun out there bargain hunting, and we hope you’ll grab some great items for yourself or some presents that’ll make the gamer in your life very happy come Dec. 25.