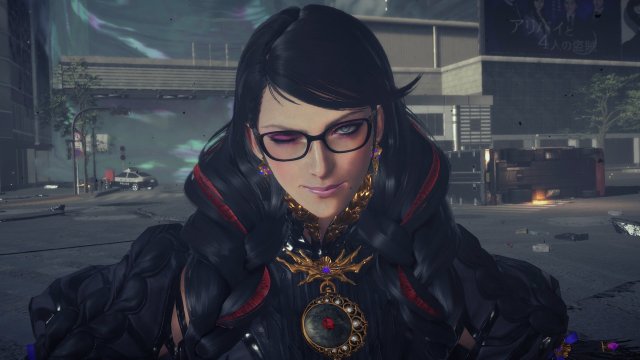 Hellena Taylor spearheaded the October Revolution by announcing that she was offered just $4,000 to voice the English-language Bayonetta in Bayonetta 3. Since she had played the title character in both prior installments and helped the franchise gross hundreds of millions of dollars, Taylor was insulted. She rejected the offer and urged fans to boycott the game.

This was reminiscent of the true video game actor revolution of 2016-2017, when the Screen Actors Guild‐American Federation of Television and Radio Artists (SAG-AFTRA) held a 340-day strike for better compensation for game performers. At the time, legendary voice actor and union leader Phil LaMarr stated, “I’ve made more money from one episode of some crappy preschool cartoon than one of the biggest-selling video games of all time.” In Sep. 2017, SAG-AFTRA settled with the video game industry on incremental rate increases, a bonus structure, improved transparency, and support for vocal stress. In 2020, the agreement was extended for two years.

It’s not known whether Taylor is a member of SAG-AFTRA or if her $4,000 claim is accurate. Sources contacted by Bloomberg and Video Games Chronicle assert that Taylor was offered $3,000 to $4,000 for four to five sessions, totaling roughly $15,000. They also claim that she requested a six-figure payment plus residuals. Taylor denied those accusations. However, had she made that request, it may have been fair, especially the residuals, which could equalize pay between actors in video games and those in other mediums.

For playing the lead character in 2008’s Grand Theft Auto IV, Michael Hollick received $100,000. That’s a much bigger sum than Taylor was offered, but it involved a lot more work (15 months of voice and motion-capture performances). Just like with Taylor and nearly all other video game actors, Hollick didn’t get residuals. Also like Taylor, he spoke out against inequitable pay in the industry:

“It’s tough, when you see Grand Theft Auto IV out there as the biggest thing going right now when they’re making hundreds of millions of dollars, and we don’t see any of it. I don’t blame Rockstar [Grand Theft Auto‘s developer]. I blame our union for not having the agreements in place to protect the creative people who drive the sales of these games. Yes, the technology is important, but it’s the human performances within them that people really connect to, and I hope actors will get more respect for the work they do within those technologies.”

Hollick’s comments preceded the video game actors’ strike by several years, so SAG-AFTRA has since added greater protections to his profession. Still, despite decades of protest, the union hasn’t been able to enshrine residuals in video game contracts. Game developers justify this exemption for actors in their industry rather than in TV and film because they see them as a smaller part of the product. “What drives video games is not [actors],” said entertainment lawyer Ezra J. Doner. “What drives it is the conception of the creative director… It’s not like the star quality of Tom Cruise that’s getting people to buy that video game.” Since actors aren’t considered the “stars” of video games, giving them residuals would embolden the “real stars” (programmers and designers) to demand their own. That would be a “slippery slope,” as economics professor David Smith put it.

The current SAG-AFTRA rates for video game actors are $478.50 for one voice/one hour, with $319.00 for each additional voice, $956.75 for up to three voices/four-hour day, and $1,914.25 for 6-10 voices/6-hour day. The bonus system starts at $75 for one session and caps at $2,100 for 10. Although they earn a higher hourly wage than virtually all other unionized workers, video game actors want financial security between their often short and sporadic gigs, which residuals would help provide.

These rates expire on Nov. 7, so a new contract is likely being drafted as this is written. Perhaps it will finally contain residuals.