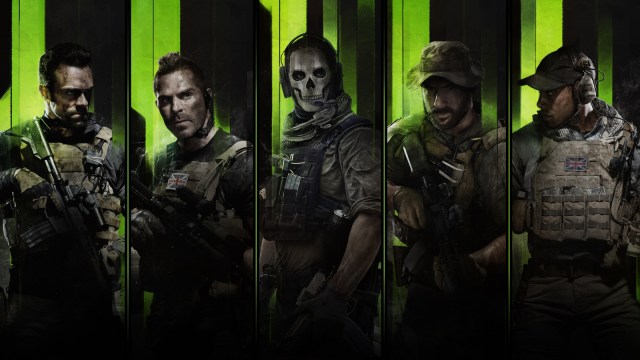 We’re back again, gamers! There’s a whole lot of chaos in the gaming world following the long-awaited release of Call of Duty: Modern Warfare II. It isn’t surprising that one of the biggest gaming franchises of all time stirs up commotion after hitting the shelves. Right now, Modern Warfare II sits comfortably at 7/10 on Steam, but it’s only day one, so it’s expected for that rating to skyrocket as more eager gamers get their hands on the coveted sequel to the 2019 reboot. In our last round-up, we were gifted with a Pokémon Scarlet and Violet reveal, the launch of an all-new ‘gamer’ bed and an insightful study that links abusive/racist behavior with self-identifying”gamers.”

Now, rounding out our week with Friday’s news, we’re looking at Kanye West and his rocky relationship with Yu-Gi-Oh!, Henry Cavill embracing his inner nerd and Chloë Grace Moretz trumping all other Call of Duty fans with her uncontainable excitement for the latest release. All that and more awaits, so pause those games, save those files, and discard those snacks. We’re going right in.

Anyone with a stable internet connection will be aware of the rumors surrounding Kanye (or as he prefers to be known, Ye) West and a recent development with the official Yu-Gi-Oh! Trading Card Game website, which he was allegedly banned from. Given the fact that Ye has been the central focus of controversy for quite some time now, it isn’t all-too surprising that he ruffled the feathers of some other company, especially after losing his marketing deal with sportswear provider Adidas. However, in a shocking twist, it appears that not all is as it seems with the viral rumor, so any interested parties will have to peruse this article and judge for themselves.

We all know Henry Cavill as Superman, debuting as the character in 2013’s Man of Steel and then reprising the role in Batman v Superman: Dawn of Justice (2016) and Justice League (2017). However, what many people might not know about the 39-year-old Jerseyman is that he’s unashamedly a huge geek, especially when it comes to gaming. In a segment of the Happy Sad Confused podcast with Josh Horowitz, Cavill alluded to just how much time he spends gaming, which classifies as an unhealthy amount. It was also made public that Cavill has an extensive collection of miniatures as a shrine to his favorite titles. In fact, he even documented the process of building his own gaming PC a few years back. Talk about dedication. Let that geek flag fly, Superman.

It seems that Chloë Grace Moretz is featured a lot on our gaming round-ups, which isn’t a mere coincidence. She’s just a self-described gamer and a lover of all things video games, so there’s always a new development as far as she’s concerned. If she isn’t dreaming about a lifestyle as a bunny girl, then Moretz is gearing up to fight shoppers in the aisles for the latest Call of Duty release. Before she takes a stab at Modern Warfare II, Moretz is spending her time playing another hugely popular game. The biggest shock that comes from his story is that Moretz owns 4090 PC build, which is perhaps the most sought-after setup in existence with a whopping price tag of almost $4.5. Well, it isn’t that shocking, especially since her net worth is $12 million.

See you back here on Monday, gamers, for a special Halloween gaming roundup!