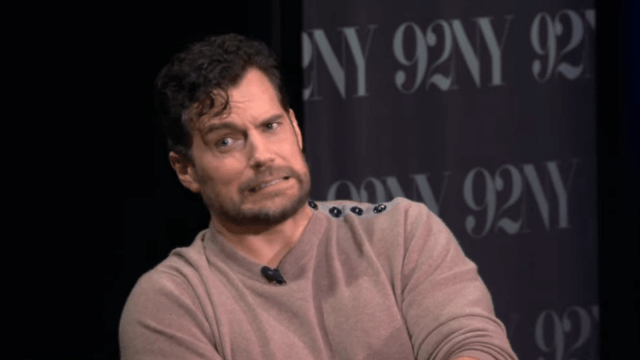 Henry Cavill continues to make nerds around the world proud. We’re not just talking about his depictions of characters like Superman and Geralt of Rivia which continue to fit like a glove, but also his genuine love of gaming.

The star recently allowed for some more of that side of him to shine through when he hinted towards the amount of time he’s been spending playing Total War: Warhammer 3 – which as it turns out, is well upwards of four hours per day.

Cavill made the revelation when asked about his PC gaming habits on the Happy Sad Confused podcast with Josh Horowitz, as originally reported by PCGamesN.

Horowitz asked how much time per day the star has been carving out for his well-documented love of PC gaming, and while Cavill was a little bit cagey at first, he alluded to an unhealthy (or perfectly healthy, thank you very much) amount of time spent in the RTS game when pressed.

Cavill also mused about the exasperated responses he receives from acquaintances when he nerds out about his Warhammer miniatures, which is something we’re sure a lot of us could relate to. No doubt he scored himself a few of those minis on his visit to Warhammer World earlier this year.

The Man of Steel himself made waves about just how into gaming he is when he shared a video on social media documenting the process of building his own gaming PC a few years back:

Keep making gamers proud, Henry – we salute you as well as your long-awaited return to the freshly renamed DC Universe.