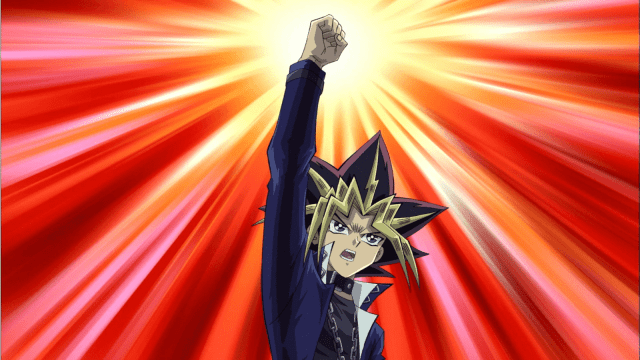 Kanye West has been the center of controversy for a while now, but since his antisemitic remarks over the past week, it has seen him floundering, losing his deal with shoe and activewear brand Adidas. And if the rumors are to be believed his remarks may have cost him something much more than his brand deal, he might not be able to play the popular trading card game, Yu-Gi-Oh!

In case you are not familiar with the Yu-Gi-Oh! franchise, it consists of multiple anime series, manga, movies, and sets of trading cards, featuring playable monsters like Exodia the Forbidden One, Obelisk the Tormentor, and the Blue-Eyes White Dragon. Unfortunately, the franchise features very little rapping, the genre of music that Kanye, or Ye as he has recently changed his name, is known for performing. So let’s have a look at the rumors and determine whether or not West is really banned from playing Yu-Gi-Oh!

Unfortunately, it does not seem like Kanye West is actually banned from playing the trading card game. The rumor can be attributed to the tweet above which was posted recently. While the tweet reads “kanye west has been suspended from yu-gi-oh!” it appears that this is a fabrication, along with the accompanying image. The doctored image reads that he was banned on Oct. 25, 2022, and is banned until April 1, 2057. It is possible that the reference to April Fools’ Day is also a clear indication that this is a joke.

If you go to the original website, which you can see here, you can clearly see that West, Ye is not on the list of suspended players, and neither is West, Kanye. In fact, the names on the list are not even organized by surname, but rather by their first names. So if Kanye was banned it would likely read Kanye W. or Ye W. That should be enough evidence to prove that the viral rumor is just a rumor and that Kanye West was not actually banned from playing the trading card game, Yu-Gi-Oh!

The fact that the rumors are not true did not stop fans from commenting on the matter with one user tweeting, “Club Penguin’s silence on this issue is deafening.” Indeed we have not heard anything from the popular online video game, now defunct, regarding Kanye’s apparent suspension from Yu-Gi-Oh! and we do not expect to.

Another fan tweeted “gonna have to catch up on a lot of mechanics if he wants to have a chance to compete in 2057.” Of course, Yu-Gi-Oh! is known for introducing new cards and new mechanics with those cards, having done so for many sets throughout the years. If an older player does not keep up with the new sets it can get quite confusing — but more importantly — it can cause quite the losing streak, similar to the one Kanye is currently experiencing.

But luckily for him, he will have no trouble keeping up with the current rules and mechanics of Yu-Gi-Oh! as he is not currently suspended from playing the trading card game, although if he keeps going down the path he is on, he very well might be.