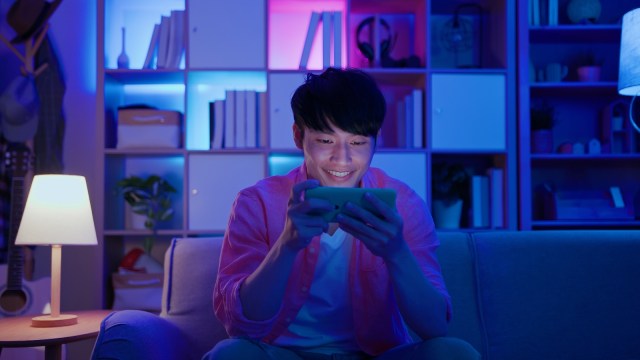 You knew it was coming. Welcome back to another gaming news round-up, courtesy of We Got This Covered. We’re taking another stab at the weird and wonderful world of gaming, which sometimes — not all-too often — crosses over into the world of science. Whenever there isn’t a whole lot of breaking news, which there doesn’t seem to be lately, it’s always fun to branch out a little bit. In our last round-up, a study revealed that children who play video games tend to score higher on brain tests, Amazon Prime Gaming revealed its catalogue of “free” games for the month of November, and fans were warned to scatter from social media after God of War spoilers leaked.

This time around, we’re looking at an all-new Pokémon Scarlet and Violent reveal, the launch of a “gamer bed,” and a study that links racist, sexist and/or abusive behavior to self-identifying “gamers.” All that and more awaits, so pause those games, save those files, and discard those snacks. We’re going right in.

We’re over a month away from the launch of Pokémon Scarlet and Violet, which means that the Nintendo is pulling out all the stops to get Pokéfans hyped for the November release. After the launch trailer revealed the three starter Pokémon; Sprigatito, Quaxly, and Fuecoco, it wasn’t long before more Pokémon started coming out of the woodwork, complete with their own featurette trailers. First, it was Lechonk, who won over audiences’ with its name alone, then we saw the likes of Fidough and Grafaiai. Now, Nintendo have delivered us the cutest good boy there is: Greavard. A Ghost-Type Pokémon, Greavard is loyal to whomever pays it the most attention, but it harbors a dark secret; anyone exposed to Greavard for an extended period of time will have their life force slowly drained. Talk about cute but deadly. Anyway, Pokéfans were losing their minds, understandably, over the adorable pup. Greavard seems to have already snuck its way into the hearts of many.

Gamers can now get their hands on gamer beds for a measly $2,000

Are you a millionaire? Do you have a spare fortune lying around? Did a grandparent leave behind an enormous heritage sum in their will? Well, if you answered “yes” to any of those questions, you just might be able to afford the modern age’s newest invention: a gaming bed. As Metro reports, “it comes with a built-in TV at the foot of the bed, for you to plug your consoles into, with USB and headphone jacks in the headboard so you don’t keep the rest of the house up during a late-night session.” Retailer Dreams is manufacturing the gaming bed, which will come in three different sizes: a four-foot small double, a four-foot-six-inches double, and a five-foot king size. Start searching the couch cushions because anyone looking to get their hands on the gaming bed will be shelling out a whopping £1,799 (just over $2,000) at the very cheapest, but if you’re looking for the biggest bed frame and the 4K TV, it’ll run you £2,299 (roughly $2,600). Hurry, the deal featuring 20 percent off with the purchase of a mattress ends in six days.

Apparently, people who identify as “gamers” are more prone to racist and sexist behavior, a new study finds. That’s bad news for the gaming community, considering most of us self-identify as gamers. Science isn’t always accurate, though, right? This could be just another hypothesis. While racism, sexism, bullying and generally abusive behavior has plagued the gaming community for years before it was ever addressed in any scientific manner, the ins and outs of why certain gamers are so aggressive and/or defensive has never quite been understood. According to Vice, “The new research suggests that a key part of understanding is knowing how strongly the “gamer” identity pervades a person’s life.” When the gamer identity is very core to who you are as a person, that seems to reflect what we call toxic gamer culture, tends to reflect more exclusion than inclusion—so things like racism and sexism and misogyny,” Rachel Kowert, the research director at Take This, told VICE News. Read the full story here.

That’s all, folks! Be sure to check in next time for even more gaming news.