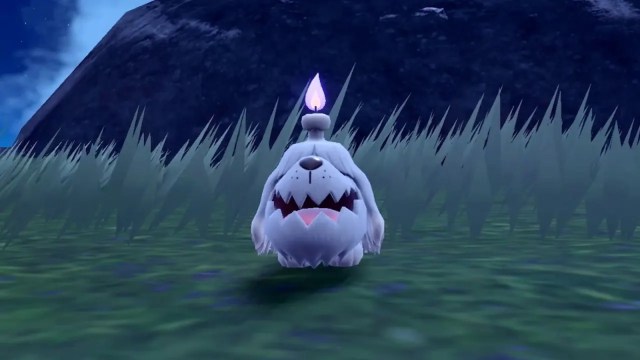 Image via The Pokémon Company / Nintendo

We’re inching closer and closer to the Pokémon Scarlet and Violet release and Nintendo keeps audiences engaged during the agonizing wait by throwing a dog a bone sometimes. Every now and then, they’ll announce new characters, new Pokémon, or new lines of merchandise. When you think about it, it’s actually a smart marketing tactic. After the reveal of Grafaiai got Pokéfans talking, it wasn’t long before Nintendo unveiled yet another addition to the Pokémon Scarlet and Violent line-up, this time in the form of a Ghost Dog Pokémon known as Greavard. While it may look downright adorable, Greavard actually has some dark lore; prolonged contact with the Pokémon will result in the Ghost Dog sapping one’s life force.

Ever since Greavard’s reveal, Pokéfans have taken to social media to share their affection for the adorable pup. Among other things, Greavard has been called a “good boy,” which is the common term used to address well-behaved dogs. All over the internet, namely Twitter, there have been various pieces of fanart shared by Pokéfans who just can’t get enough of Greavard and would gladly accept their fate in exchange for a few precious hours of playtime.

In recent weeks, we’ve all at once had Wiglett, Grafaiai, and now Greavard revealed. Before that, it was another Dog Pokémon called Fidough, then the first-ever Scarlet and Violet new Pokémon reveal, Lechonk. There are plenty of Pokémon pals coming to Scarlet and Violet in November, but Pokéfans have even more to look forward to as Ed Sheeran prepares a collaborative song called “Celestial” and a Pokémon clone satiates their hunger on Steam. We have just over three weeks left and no one can contain their excitement.