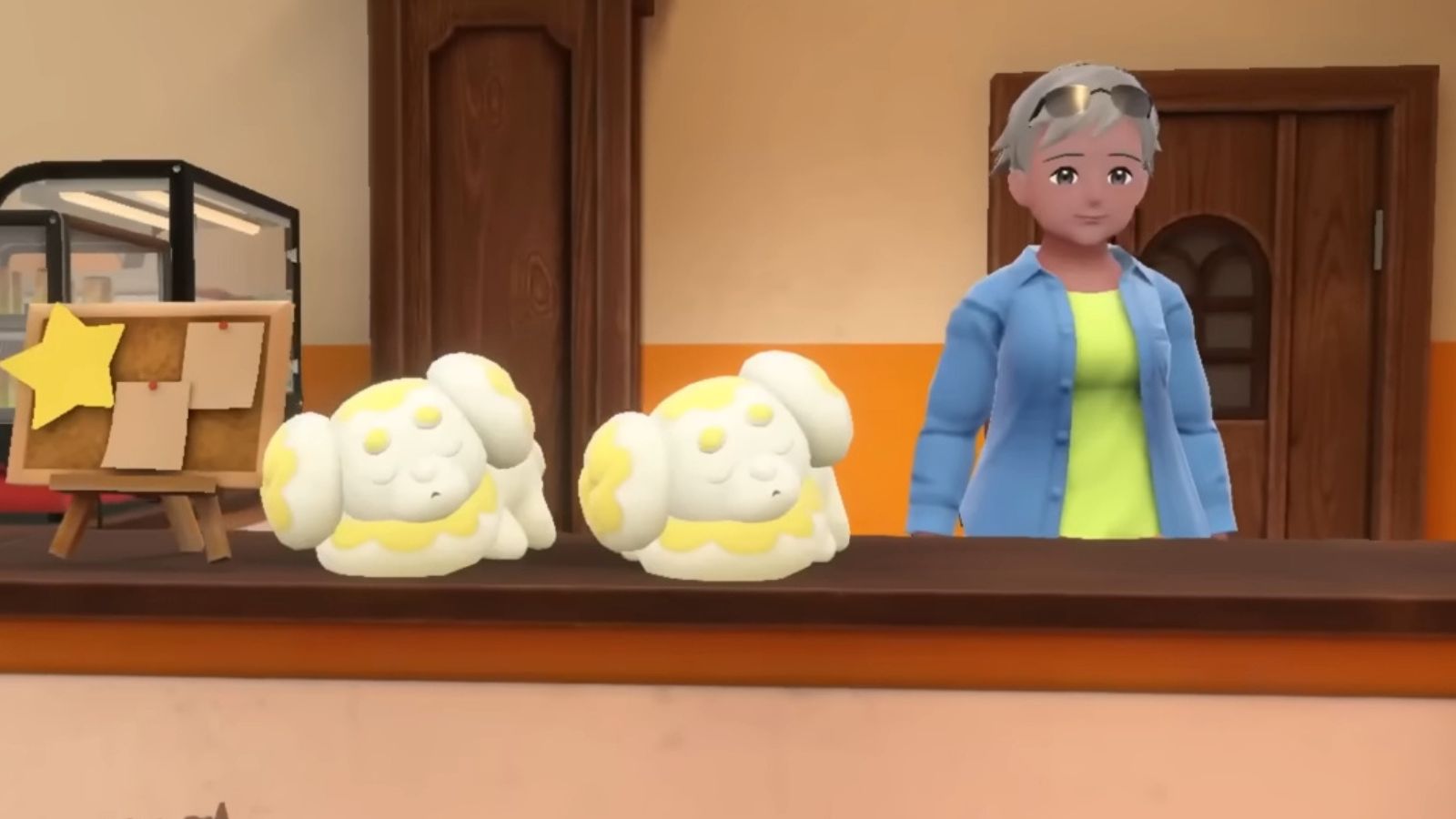 It seems like the hearts of the Pokémon fans have shifted since the recent Pokémon Presents as fans have declared their love for Fidough. Sorry Lechonk, you now have some competition.

According to the Pokémon website, Fidough is a fairy-type, known as the puppy Pokémon. It’s 1′ tall and their bodies get fluffy when they get excited. Also, they produced yeast that’s useful in cooking, which helped this cute creature survive and co-exist with humans easily. This Pokémon also has the ability ‘Own Tempo’ which prevents it from being confused and can block the intimidate ability, making Fidough useful in battle.

Fans were in total awe after they saw this Pokémon resting on the counter seen in the recent Pokémon Scarlet and Violet trailer. And who wouldn’t? It’s a cute squishy boi that needs to be protected at all times.

Pokéfans have also begun to theorize about this Pokémon’s evolution line and where this cute doggo is based from. According to Reddit user u/ManuMora98, they said that Fidough is inspired by Spanish bread like Ensaimada.

From there, fans listed down possible names Fidough would receive when it evolves. One suggests a split evolution so that all the dog/bread puns would be utilized.

Pokémon has introduced this fluffy doggo that not only is cute but also a fairy type. Meaning, that this dog can beat Salamance in a heartbeat! This Pokémon has potential so I can’t wait to see this new creature added in multiple team comps, both casual and competitive.

If you’re excited to get your hands on Fidough, Pokémon Scarlet and Violet will be released on Nintendo Switch on Nov. 18.