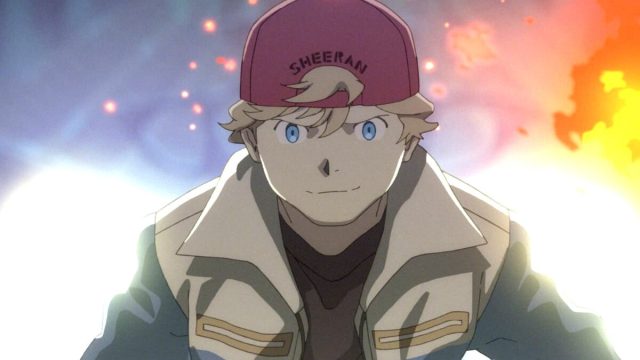 The latest musical Pokémon track has finally dropped, with the music video of Ed Sheeran‘s “Celestial” finally dropping online. The song is not exactly a song filled with different Pokémon, as he is not singing directly about any one Pokémon. But why does the “Shape of You” singer have a collaboration with Pokémon in the first place? Let’s take a look at the music video and uncover exactly why this new song of his is Pokémon-themed.

What is Ed Sheeran’s ‘Celestial’ and why is it Pokémon-themed?

If you take a look at the music video, which you can see above, you will notice that it looks quite similar to many of Sheeran’s other videos. Except for one key difference, the inclusion of Pokémon. Indeed, Ed Sheeran is joined by an animated version of Pikachu, Charmander, Squirtle, Slowpoke, Snorlax, Lapras, and Bulbasaur throughout the video, interacting with each of them in different ways. For example – Charmander nearly burns down his kitchen, while Squirtle puts the fire out.

Toward the end of the music video, the “Photograph” singer even transported himself into the Pokémon anime, riding a Charizard and witnessing a battle between Mew and Mewtwo. Sheeran was dressed in the same outfit which Ash Ketchum usually wears in the anime, and he was accompanied by most of his Pokémon as well. Weirdly, he throws himself in front of the energy balls being thrown by Mew and Mewtwo and seemingly dies, before waking up on his couch with Pikachu beside him and his Gameboy Color on his coffee table.

Of course, this is not the first time The Pokémon Company has collaborated with a musician, as back in 2021 they collaborated with Post Malone, as well as Katy Perry with her song “Electric”, which was all about Pikachu. Sheeran himself is apparently a massive Pokémon fan, so it must have been exciting to see himself in the anime as he was in the video. This is not even the last part of the collaboration – as his song “Celestial” will be in the upcoming Pokémon Violet and Pokémon Scarlet. And this also has not been the first time Sheeran has collaborated with The Pokémon Company, having an appearance and performance in Pokémon Go in 2021.

The musical collaborations are likely two-fold, to promote Pokémon — as their new games are coming out — and to sell Ed Sheeran’s music. Not that we begrudge them either because the Pokémon Violet and Pokémon Scarlet gameplay looks like a refreshing take for hardcore Pokémon fans, and “Celestial” already seems to be a certified banger. Pokémon Scarlet and Pokémon Violet are set to release on Nov. 18, 2022, if you wish to find his song in the games.