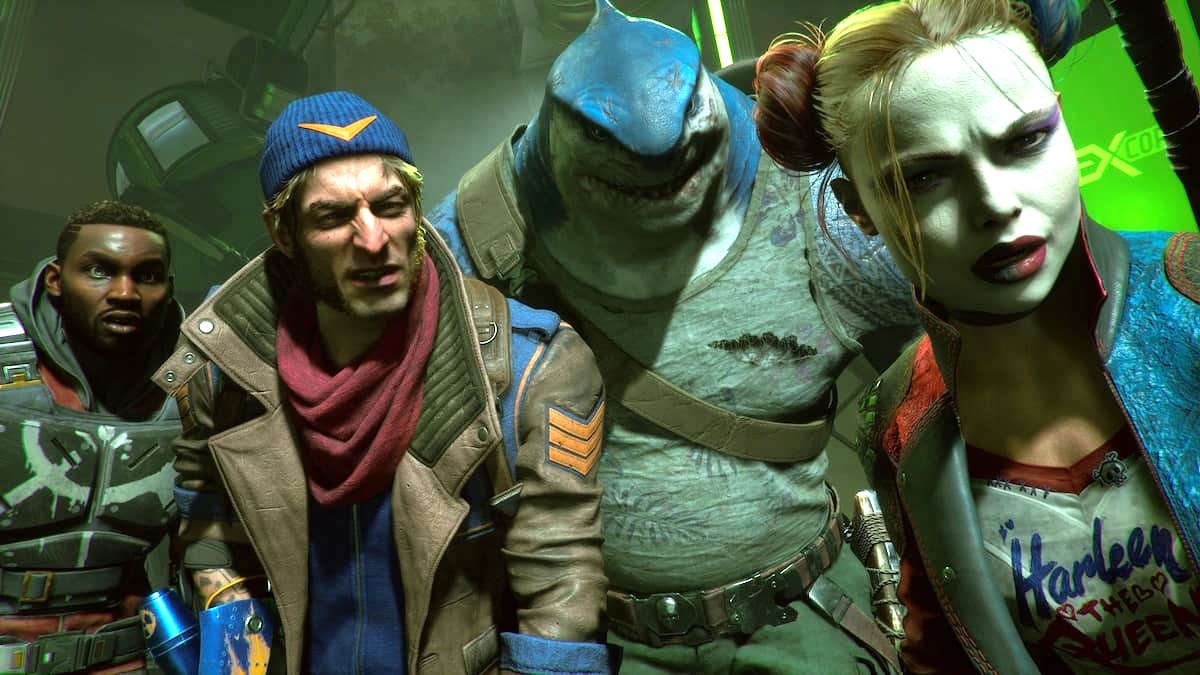 We have a mixed bag of gaming news on our hands today, as leaks for Suicide Squad: Kill the Justice League have set the internet on fire, and not in a good way, while John Wick director, Chad Stahelski, is gearing up for a Rainbow Six movie. In other news, the voice actor for Raiden in Metal Gear Rising: Revengeance is teasing a Metal Gear announcement, and contrary to popular belief, Bubba will not be leaving Dead by Daylight.

In somber news, a screenshot for Suicide Squad: Kill the Justice League has been leaked online and it seems to confirm that it will be a “Games as a Service” title. Fans have seen the screenshot and compared it to the infamous Marvel’s Avengers by Crystal Dynamics and more recently Gotham Knights by WB Games Montréal. The game is set to release this May and it is being developed by Rocksteady Studios, the developers behind the Batman: Arkham franchise.

Even though the image shows a store, a battle pass, and more currency than the average gamer will use in their day-to-day life, this might not be the sign of the apocalypse that everyone thinks it is. A source speaking to VGC has suggested that the battle pass is focused on cosmetic items and that the characters will begin powerful, with upgrades making them tremendously powerful by the end of the game. But we will have to wait and see.

The director of John Wick, Chad Stahelski, will be directing a Rainbow Six movie based on the works of Tom Clancy. The Hollywood Reporter revealed that Michael B. Jordan will be starring as John Clark in the movie, reprising his role from the 2021 film, Without Remorse. Rainbow Six might not take much inspiration from the game franchise of the same name, so do not expect to see Tom Clancy’s Rainbow Six Siege on the big screen.

The voice actor for Raiden in Metal Gear Rising: Revengeance, Quinton Flynn has taken to Twitter to promote his Cameo account, and he might have let slip that a Metal Gear announcement is on the way. We have not gotten a new entry in the franchise since Metal Gear Survive in 2018, and we have not gotten a mainline title since Metal Gear Solid V: The Phantom Pain in 2015. The Phantom Pain marked the end of Hideo Kojima’s involvement with the franchise after he was ousted from Konami.

Ordinarily, we would just brush this aside as the usual rumors and speculation that the popular Metal Gear franchise seems to spawn. But with Konami recently announcing a slew of projects for the Silent Hill franchise, it might be time for some Metal Gear rumors to actually come to fruition. According to Quinton Flynn, we will see more in the coming weeks. But, keep in mind that he could just be toying with the audience.

Craig Mazin might have been correct in saying that it would “break the video game curse” as the premiere episode of The Last of Us is HBO’s second-biggest premiere since Boardwalk Empire. The biggest premiere in recent memory was the second outing in the world of Westeros, the Game of Thrones prequel, House of the Dragon, which managed to secure 10 million pairs of eyeballs for its premiere.

The first episode of The Last of Us managed to get 4.7 million viewers tuning in, which is not bad at all. You have to wonder if this will transfer to more people playing the video games the series is based on, which PlayStation has endeavored to make more accessible than ever as we reported in yesterday’s roundup. The next episode of The Last of Us debuts this Sunday on HBO Max.

Don’t worry, your favorite killer is not leaving Dead by Daylight

A while ago a popular leaker of Dead by Daylight revealed that one of the most popular killers, Bubba Sawyer aka “The Cannibal,” would be leaving the game as there is a game set to release exclusively surrounding the Texas Chainsaw Massacre franchise. Fortunately, Behaviour Interactive has slyly referenced the leak, with their tweet you can see above. Bubba players are infamous for camping in the game, but referencing that the character is not going anywhere is undoubtedly pointing fun at the leak.

It would not have been too surprising if the character were to depart the game, after all, the Stranger Things characters were removed in 2021. However, since those characters were taken down from storefronts, Ash Williams from the Evil Dead franchise has also been featured in his own game, and he was not delisted either. Hopefully, Dead by Daylight continues to keep their licenses renewed, allowing players to keep playing their iconic horror movie villains.

Ubisoft Paris is going on strike

Our last story for the day is a somewhat bittersweet one, as Ubisoft Paris workers will be striking this month. The news comes after last week’s Ubisoft debacle in which multiple unannounced games were canceled and Skull and Bones suffered yet another delay. But the real cause of the strike is the supposed actions of Ubisoft’s CEO, Yves Guillemot, and his “catastrophic communication.” Because instead of taking responsibility for the canceled games, or taking a look at their franchises that have been churning out similar titles year after year, he put the onus on the workers.

Guillemot apparently sent out an internal email, claiming that “the ball is in your court” referring to the employees. Solidaires Informatique is calling on the workers of Ubisoft Paris to strike on Jan. 27, 2023, and they are demanding a 10 percent salary increase for all of their staff due to inflation. It sure looks like the ball is in Yves Guillemot’s court now. We will keep you updated on what Ubisoft does in response.