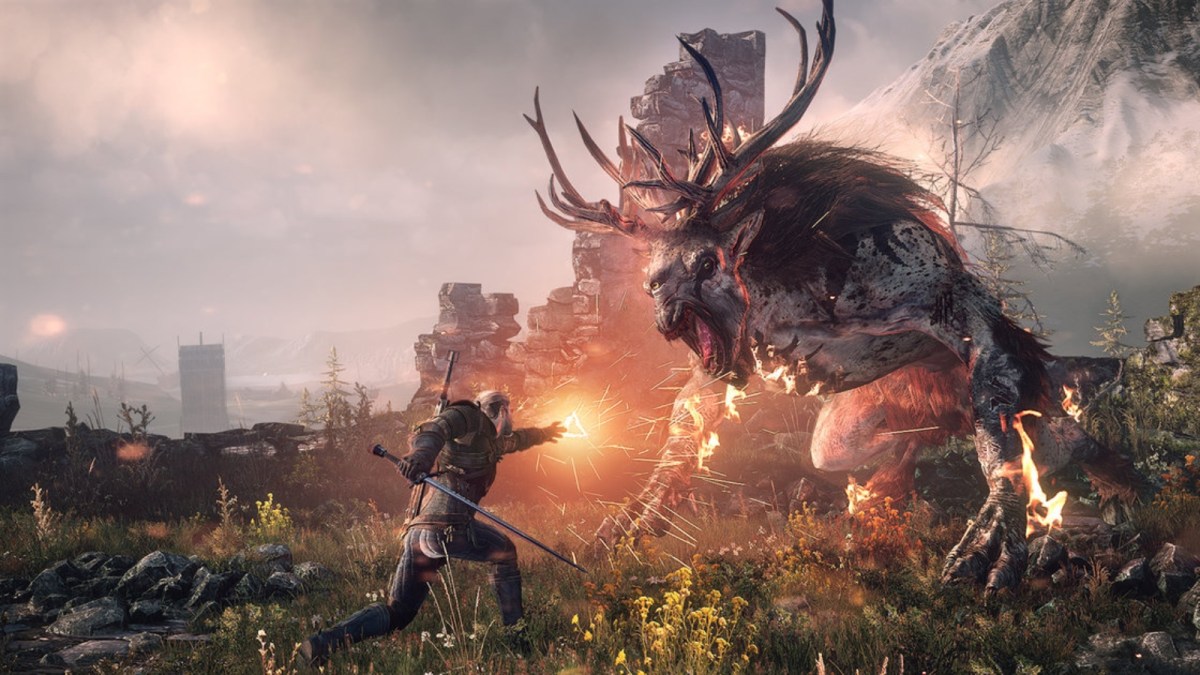 Despite initially keeping their cool — and perhaps unconsciously assuming that the deal would never be finalized — Sony is now resorting to every trick in the trade book to stop Microsoft from acquiring one of the largest game companies in the world. As fans come to terms with this new acquisition battle that seems to be raging on between the two juggernauts, CD Projekt Red has finally unveiled the next-gen update for The Witcher 3: Wild Hunt, and it comes with a glorious return for the Netflix scrotum armor.

At this point, we can’t be really sure if the company is memeing or not. Last but not least, a former BioWare developer has taken to Twitter to reveal a hilarious Mass Effect clip in which Shepard makes up with the Illusive Man by… running toward him and ferociously making out with the Cerberus leader where everyone can see them.

Your favorite RPG game of all time is getting a free next-gen update next month that comes with a variety of new features and upgrades over the original release. Improved textures, ray-traced shaders, global illumination, a whole new camera, performance mode on consoles, and a new side quest are just a few of these incorporations. CD Projekt is also adding Netflix-inspired cosmetics, including Geralt’s armor from the live-action adaptation. Hilariously enough, the controversial Nilfgaardian armor, referred to by the fans as the “scrotum armor,” is also making a comeback, though we can’t be certain if the Polish game developer is simply teasing the community or genuinely adopting the design.

Microsoft seems to be battling the entire world to get its whopping $68.7 billion offer to buy Activision Blizzard through, and the blue team isn’t making matters any easier for the competition. Recently, it was revealed that Sony has been petitioning to accuse Microsoft of consolidating the industry and forming a monopoly, with the Call of Duty franchise and its huge player base on PlayStation serving as its main point of rebuttal, even though Microsoft has already offered to keep the game non-exclusive for at least another 10 years. Now the gaming media is calling the PlayStation overlords out on their criticisms, some of which — in their estimation — borders on nonsensical arguments.

A lot of experts have already claimed that it will eventually be approved, but it’ll be interesting to see how far Sony is willing to go to stop this deal in its tracks, even if to no avail.

We know, never in your wildest dreams could you have imagined waking up one day and reading those words in that particular order. But Mass Effect has always been a forward-thinking story, so if you can romance almost every living creature who walks the Normandy floorboards, is it much of a stretch to assume that the Illusive Man and Shepard could develop feelings for each other?

Okay, I’ll stop right there, but apparently Mass Effect developers had a bit too much fun with the idea after wrapping up the third game, even going so far as to animate a scene where Shepard runs into the Illusive Man’s arms and the two share a passionate kiss. Well, as they say, enough internet for today.