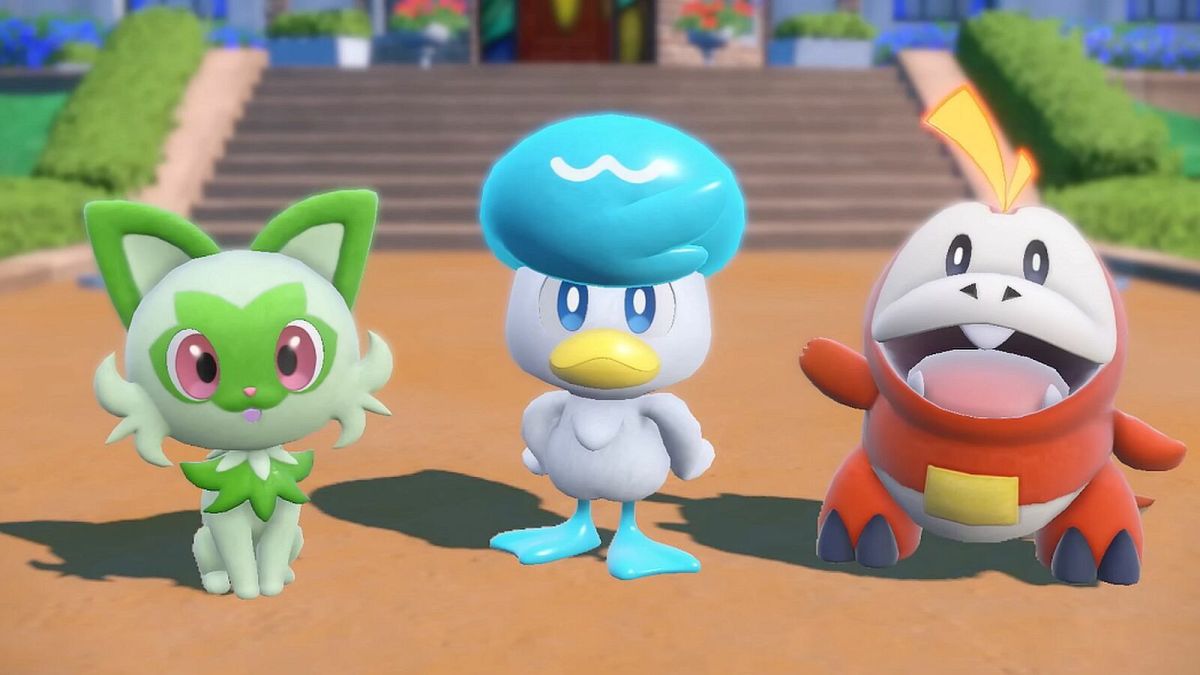 Pokèmon Scarlet and Violet was praised for its content and how trainers can have some form of freedom and control throughout their journeys, but what’s the point of trying to have a fun experience if the game is riddled with bugs? Over 10 million copies were sold during the first three days, but players began asking for refunds due to the game’s poor performance.

Since the game first launched, trainers noticed multiple performance issues that rendered the game unplayable. Some of them are minor things, like rendering issues and Pokémon drowning. Others, like lag, just ruin the experience while playing the game. It’s as if Game Freak is unable to produce a high-quality game, which is unfortunate since the game had multiple QA testers employed in different regions to see if the game was up to scratch.

Before you consider getting yourself a copy of the ninth generation Pokémon game, here are all the glitches and bugs found by players in Pokémon Scarlet and Violet.

Let’s start easy and mention how this game runs very poorly on the Switch. Trainers have experienced lag and low frame rates when playing this game and certain animations run very slowly. It gets worse for some trainers when they’re exploring lakes and oceans and their games suddenly slow down due to different animations and activities happening onscreen.

What’s worse is how the lag distorts your recorded gameplay hours. TikTok user @smallant shared a video where his recorded time was less than the number of hours he played due to low frame rates, which is very unfortunate. It also got worse during multiplayer terra-raid battles, where trainers sometimes can’t make moves due to lag and connection issues.

Surely when you have a new game, you should be able to run it smoothly.

Another common issue found in the game is the clipping or disappearing assets. Whether that may be your Pokémon fused with the environment or the ground suddenly disappearing, these things commonly occurred in the game, which helps ruin the immersion.

Pokémon Scarlet and Violet also proved that it can’t render its own game properly. Trainers have noticed major rendering issues, especially when it comes to lighting and how it would oddly appear and disappear. This is not good, especially if you’re playing an open-world RPG game.

Three Pokémon in the game require a certain amount of steps in order to evolve. However, some trainers reported that nothing happened after meeting the requirements and had to ask their friends to help. While this glitch was rare, it is disappointing to see all that effort wasted, especially if you’re trying to complete the Pokédex.

Imagine playing through the game only to see this weird and scary monstrosity appear in the wild. Maybe you’re playing with your friends, only to see one of them stretched out of proportion. While these moments make the gameplay experience quite funny, it’s not a good look, especially for a company that sold more than $12 million worth of units in its previous release. If Game Free is struggling with its 3D models, perhaps it should just stick with 2D.

Another issue some trainers found is that the game would instantly send them to the cut scene, even if they’re not where they should be to trigger the event. Even if you’re above the required area, you still get teleported to the cut scene. While the game has an interesting story, it’s not worth exploring if trainers are being forced to partake in it.

Recreate Crazy Frog’s “Axel F” music video by riding an invisible bike across the Paldea region. For some reason, trainers noticed Miridon or Koridon disappearing when in ride mode. Meanwhile, the trainer can still travel around like nothing’s happened. This glitch was first discovered by a Japanese trainer, which prompted English users to put the iconic Crazy Frog song in the video.

Pokémon Scarlet and Violet should be praised for its physics. From the sandwich-making game to Pokémon drowning in the water, it makes the world feel more accurate. However, while it made sense for the food mini-game, Pokémon should not drown. Usually, a floatable platform should appear if a Pokémon can’t swim while in battle. I guess some Pokémon aren’t that lucky, especially during the early game.

Just like in previous Pokémon games, the duplication glitch has returned. YouTuber SideArms4Reason found a glitch that allowed him to collect as many shiny Pokémon as possible to the point it breaks all the odds. Others found an item duplication glitch where they were able to get multiple master balls or any item a trainer wants. The last time we had a glitch this bad was during the Gameboy era. It was easy to duplicate your items back then, and you can do the same right now.

The “RNG seed” in competitive play

This one is bad for those who play competitive Pokémon. Trainers noticed that Pokémon Scarlet and Violet use the same RNG seed, making every battle predictable. Reddit user u/Lord-Trolldemort shared a detailed post about the glitch. Essentially, it comes down to the chances a move hits the opponent. This user noticed that sheer cold, a move with a high accuracy rate, misses all the time and proved that the game uses the same seed. Other competitors began investigating this, and it was the same results.

While this is nothing for casual players, this is bad for competitive play. It just means that people can predict which moves go first and can build their teams accordingly. It’s like shuffling a deck of cards, but the same sequence of numbers comes out.

Lastly, the game crashes. To the poor souls who don’t have auto-save on just in case they’d shiny hunt, just having the game crash in the middle of your session is the worst. While there is a way to recover a backup save file, the feeling of losing hours of gameplay due to hardware and software issues will hurt a lot. I guess that’s why Game Freak added the “autosave” feature as an optional setting.

Pokémon Scarlet and Violet is a good game. It has an amazing story and the open-world feature makes this game feel less linear. The performance issues this game has makes it unbearable and break the immersion. For a company that earns millions of dollars for each title it releases, it’s depressing to see how the developers are unable to produce something that’s playable. But hey, at least some of them ended up becoming meme content.

If you think you could bare the issues this game has, Pokémon Scarlet and Violet is now available on the Nintendo Switch.