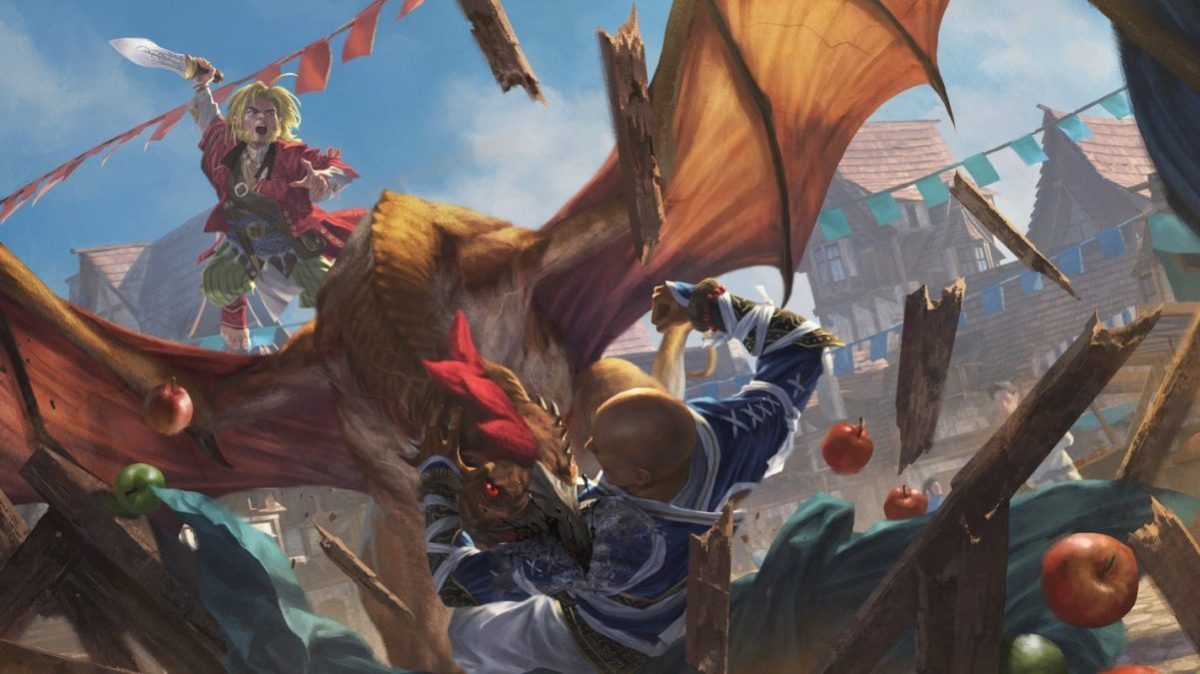 Leaked documents suggesting that Dungeons and Dragons publisher, Wizards of the Coast, is planning to replace its Open Gaming License (OGL) with a much more restrictive version, dubbed OGL 1.1, have sparked a massive amount of controversy within the tabletop roleplaying games fandom. Especially as, according to the previously leaked documents, this new license would attempt to deauthorize the previous version, forcing all creators to use this new version of the OGL.

This has caused several major tabletop publishers to create their own licenses and games, distancing themselves from the OGL and Wizards of the Coast as a whole. Yesterday Kobold Press announced it would be making its own non-OGL game, dubbed Project Black Flag, and now another major publisher has announced its plans for an OGL replacement.

Paizo, the publisher of the popular tabletop games Pathfinder and Starfinder, announced today that it would be creating its own open license, dubbed the Open RPG Creative License (ORC). In a statement posted on its website, Paizo explained why it had decided to move away from Wizards and the OGL and the ethos behind this new license.

The start of the statement explains why Paizo has decided to release this information now, rather than wait for further confirmation or a potential U-turn from Wizards of the Coast. The company says that:

“We have been awaiting further information, hoping that Wizards would realize that, for more than 20 years, the OGL has been a mutually beneficial license which should not–and cannot–be revoked. While we continue to await an answer from Wizards, we strongly feel that Paizo can no longer delay making our own feelings about the importance of Open Gaming a part of the public discussion.”

It also discusses Paizo’s history with the OGL noting that many of Paizo’s staff were in the tabletop industry when the original OGL was created.

“Paizo owner Lisa Stevens and Paizo president Jim Butler were leaders on the Dungeons & Dragons team at Wizards at the time. Brian Lewis, co-founder of Azora Law, the intellectual property law firm that Paizo uses, was the attorney at Wizards who came up with the legal framework for the OGL itself. Paizo has also worked very closely on OGL-related issues with Ryan Dancey, the visionary who conceived the OGL in the first place.”

The second half of the statement details Paizo’s new license and invites TTRPG creators to provide feedback on the current draft of the agreement. Paizo notes that the ORC will be much more expansive than the previous Wizards of the Coast OGL, saying:

“The new Open RPG Creative License will be built system agnostic for independent game publishers under the legal guidance of Azora Law, an intellectual property law firm that represents Paizo and several other game publishers. Paizo will pay for this legal work. We invite game publishers worldwide to join us in support of this system-agnostic license that allows all games to provide their own unique open rules reference documents that open up their individual game systems to the world. To join the effort and provide feedback on the drafts of this license, please sign up by using this form.”

It also discusses how this license will be protected against future changes to prevent a future OGL to OGL 1.1 situation. Paizo makes it clear the ORC will not be “owned by Paizo, nor will it be owned by any company who makes money publishing RPGs.” Paizo continues by saying its long-term goal is to find “a nonprofit with a history of open source values to own this license.”

One of the most fascinating things about this announcement is that Paizo notes that several other major TTRPG companies are already on board with it, including Kobold Press, Chaosium, Green Ronin, Legendary Games, and Rogue Genius Games. This means that if these companies remain committed to the license, it will be one of the most used and far-reaching open licenses available to roleplaying game fans, containing some of the most popular and beloved non-D&D content on the market.

The statement also reassures players who are fans of Paizo’s current work, noting that, even if the OGL does change, the firm “plans to continue publishing Pathfinder and Starfinder, even as we move away from the Open Gaming License. Since months’ worth of products are still at the printer, you’ll see the familiar OGL 1.0(a) in the back of our products for a while yet.”

Currently, Wizards of the Coast have said little about the leaked documents. Its most recent communication, from the D&D Beyond Twitter account, said it plans to be “sharing more soon.” However, at the current time, there is no confirmed date for this announcement.