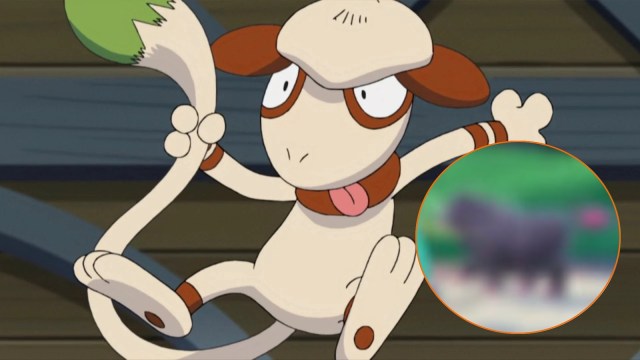 Over the last 24 hours, social media has been dominated by what appears to be leaks from the upcoming Pokémon games Violet and Scarlet, claiming to show new species debuting in the game.

There’s one big problem. These images are extremely out of focus and don’t provide any clear look at these new Pokémon which has spiked the creativity of the Pokémon community.

Taking to Reddit, multiple Pokémon fans have done their best jobs at predicting how these Pokémon could look when they arrive in the game taking out their pencils to fill in the blanks and bring these leaks to life — with varying levels of drawing skill.

Right now there is no indication that these leaks are genuine, but they may be the most convincing “leaks” to date. Ahead of any new generation Pokémon game launch, there is always a ton of speculation regarding what new species will debut, but things have been kicked up a notch this year thanks to regional forms.

Part of the recent leaks has been the rumor that the game will receive a regional form of Girafarig a Pokémon that first appeared in Generation II. Again, the authenticity of these claims isn’t yet clear but it has inspired some great fan art.

All questions will be answered in the coming months when these two new additions to the Pokémon franchise arrive. For those eager to get in on the action, Pokémon Violet and Scarlett are set to hit stores on Nov. 18, 2022.