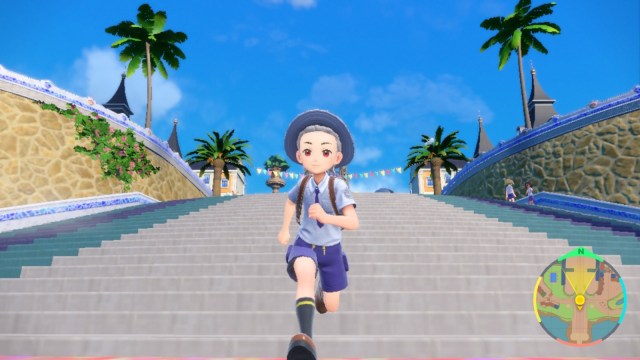 Pokéfans had plenty to enjoy over the weekend, as they whittled away their free time exploring the vast open world of the latest Pokémon video game.

Pokémon Scarlet and Violet released on Nov. 18, and in the days since, news about the game has slowly overtaken a number of the web’s most popular forums. Reactions to the latest release aren’t nearly as positive as usual, with the game cinching the lowest fan rating of the main body of Pokémon titles, and the culprit is largely the game’s lackluster performance.

Within hours of its release, criticism against Scarlet and Violet started pouring in. Nearly every aspect of the game has since been the subject of reproof, as fans deride everything from the glitchy gameplay to lackluster graphics, missing features, and perpetual lag. Not every issue is receiving the same level of pushback, of course, and one glitch is actually being celebrated as a feature of sorts.

A recent post to Reddit’s Nintendo Switch channel, courtesy of user hamsterhead64, reveals that two controllers are better than one.

According to their extremely popular post, which racked up more than 24,000 upvotes in 24 hours, Pokémon Scarlet and Violet players can “greatly increase [their] running speed by connecting a second controller and using both left joysticks at an angle.” An attached video illustrates the efficacy of this tactic, and the difference in speed is stark. With only one controller connected, players can veer between a walk and a languid jog, but with two controllers hooked in that jog suddenly turns into an all-out sprint. The resulting run is on-par with the speed of vehicles in many video games, and absolutely gobbles up the distance.

The convenient glitch is just the latest issue being used to highlight the clumsy release put out by Game Freak, the developer behind the title. The dev is getting roundly trolled in reviews and comments for Scarlet and Violet, as gamers continue to navigate around crummy graphics, frame rate issues, and the general glitchiness of the title. That’s not to mention the uneven pacing, which is tripping up even longtime fans of Pokémon‘s many releases.

Comments on hamsterhead64’s amusing “hack” largely poke fun at Game Freak and the developer’s seeming incompetence. Jokes about attaching four controllers to reach maximum speed are only interrupted by comments praising the “Nice  feature,” as “the one upside to this game being jank and broken.”

The glitch largely made people nostalgic for far older titles, which have the clear excuse of age to excuse their poor performance. Comments noting that “this is some Goldeneye 007 tech,” showcase the general mindset of the Pokémon fandom, and they are far from pleased with Scarlet and Violet.