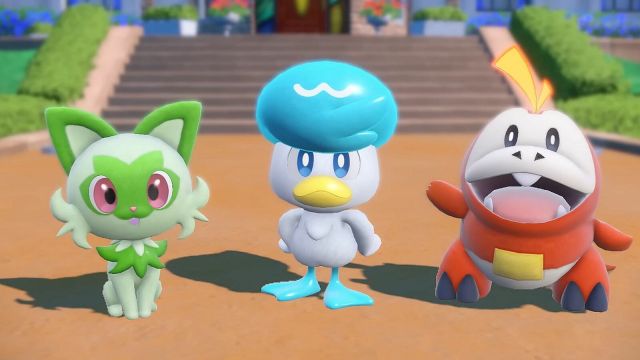 Trainers around the world are searching far and wide to catch ‘em all in Pokémon Scarlet and Violet, but they’re doing so in a laggy and buggy fashion.

When gamers are dissatisfied, they develop a tendency to review bomb – and that has landed the ninth generation of Pokémon games at the very bottom of Metacritic’s user scores when compared to the rest of its peers, with Pokémon Scarlet currently sitting at a paltry score of 2.8 on the review aggregator.

For a bit of context, its predecessor Pokémon Legends: Arceus currently sits on a user rating of 8.2. In what is becoming a bit of an alarming trend for the long-time developer, the next lowest-rated mainline set of games in the series are Pokémon Sword and Shield.

There’s a lot of janky things going on with the game, including in-game assets randomly disappearing, severe drops in frame rate when Pokeballs get thrown, and pertinent camera problems. There’s also been reports of character models going full-blown Regan from The Exorcist.

While plenty of fans have been diving headfirst into Paldea over the game’s launch weekend, it hasn’t stopped them from airing their grievances with the game’s developer Game Freak, and its publisher Nintendo.

Hopefully, Game Freak will eventually patch up all these irritating little issues with the game that are detracting from people’s enjoyment of it (unless of course the problems boil down to the hardware itself), but in the meantime the review-bombing continues, and the Metacritic scores likely won’t be seeing improvement anytime soon.

If the game’s bugs have gotten to the point where it has just straight-up broken everything, there we have way to reset your save file that offers the solution.