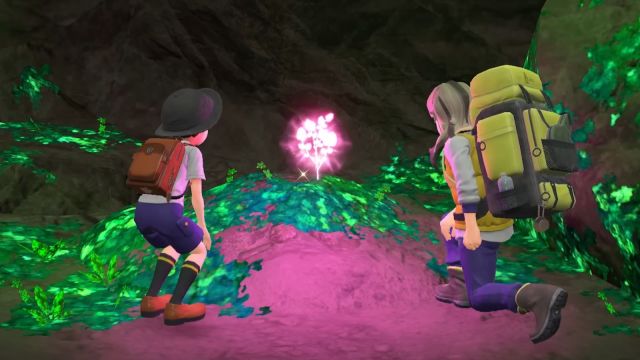 Image via Game Freak
Review of:

Pokémon Scarlet and Violet have been met with heavy criticism upon release. But, despite all the issues the game has, it was still praised for its content. But, a week after its release, trainers stumbled upon an easter egg that harkens back to older games, and we all should’ve picked it up earlier.

Each Herba Mystica collected also unlocks new abilities for Koraidon and Miraidon that will benefit the trainer as they travel across the Paldea region. Some examples include surfing on water, gliding, or dashing, just to name a few.

Sound familiar? It’s because these were the exact benefit that HMs, special moves to help trainers travel across the regions quicker in the overworld, provided.

Naturally, the tweet took off — Game Freak somehow blindsided the return of HMs in the most subtle way possible. In the older Pokémon games, HMs or ‘Hidden Machines’ were used to help trainers travel across the map, via surfing, flying, or moving boulders.

But, as each new generation enters the shelves, HM moves have been reduced, starting from Pokémon Black and White. Eventually, they were completely wiped in Pokémon Sun and Moon and remained this way in later titles. In exchange, the game provided other mechanics to help trainers travel around such as the flying taxi service and the ‘Poké Rides.’

Pokémon Scarlet and Violet have many flaws, especially when it comes to their performance. But in exchange, fans received a game that provided plenty of content for players to do and explore.

The game is already out now on the Nintendo Switch if you’re interested to revisit the Pokémon world once again.