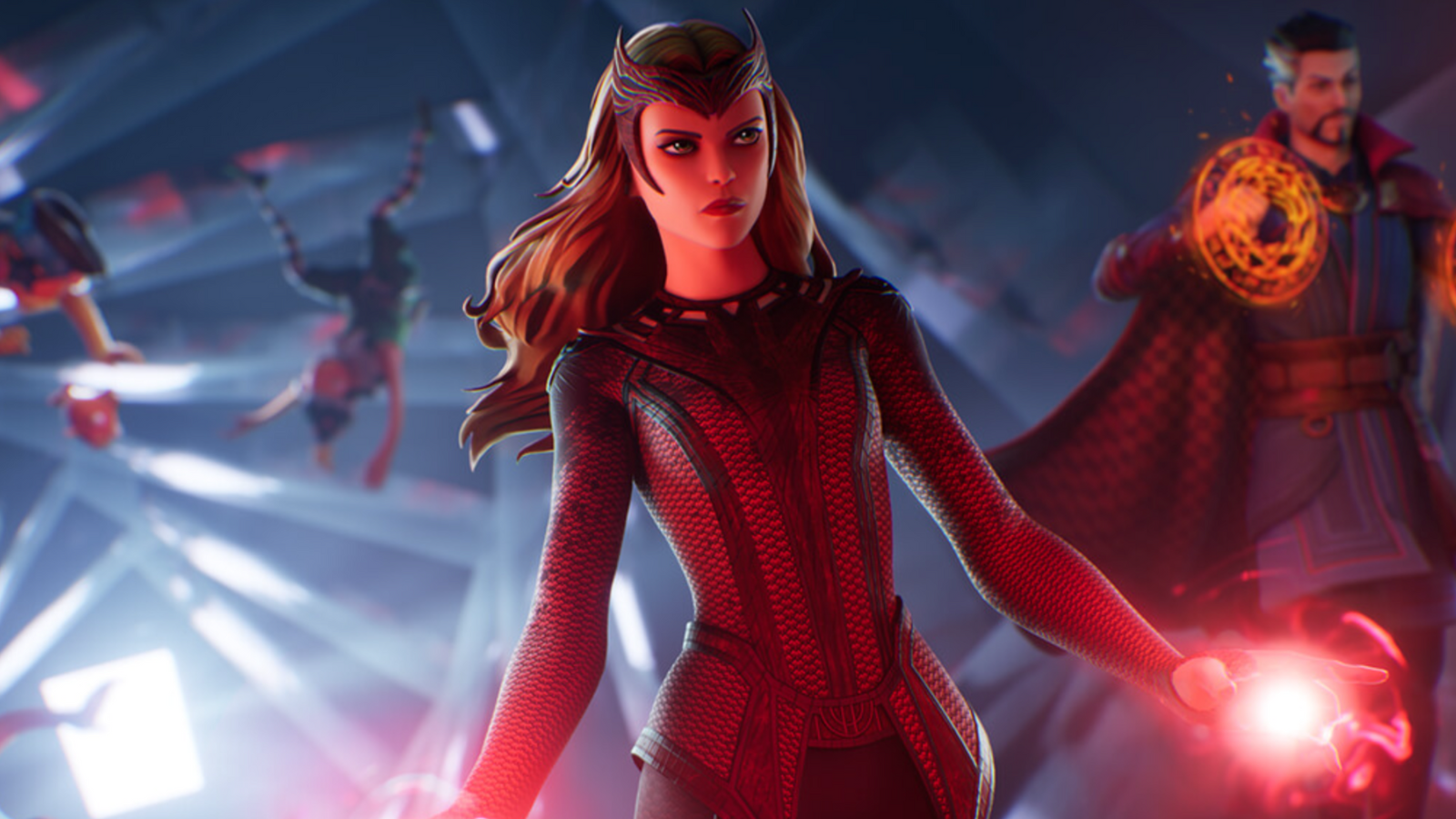 Fortnite players can unleash their inner chaos as the Scarlet Witch becomes available in the item shop in celebration of the release of Doctor Strange in the Multiverse of Madness.

The announcement was made by the Fortnite team on the Epic Games website and their social media. The bundle features new skins, pickaxe, emotes, and a loading screen and is now available in the Fortnite Item Shop.

In the bundle, players will be able to obtain the Sokovian sorceress’ crimson look, called ‘Wanda’s Cloak Back Bling’ as a skin, as well as receive her cape as an accessory. The costume lights up with chaos magic when damage is dealt to opponents.

But it’s not just new skins that were made available. A new item called the ‘Chaos Hand Axe Pickaxe’ is also available, along with a new emote called the ‘Psychic Energy Manipulation Emote’ which will allow players to show off their newfound powers in the game.

The Scarlet Witch bundle can be bought together for 1800 V-bucks or individually for 1500, 800, and 300 for the skin, axe, and emote respectively in the Fortnite Item Shop.

Epic Games has released multiple Disney-themed bundles in their item shop this year. The video game company released a Moon Knight skin bundle and dropped a Star Wars-themed set during the May 4th celebrations.

Outside of other fictional IP, the video game company also announced that a replica of the Cannes Film Festival will be held within the game this year.