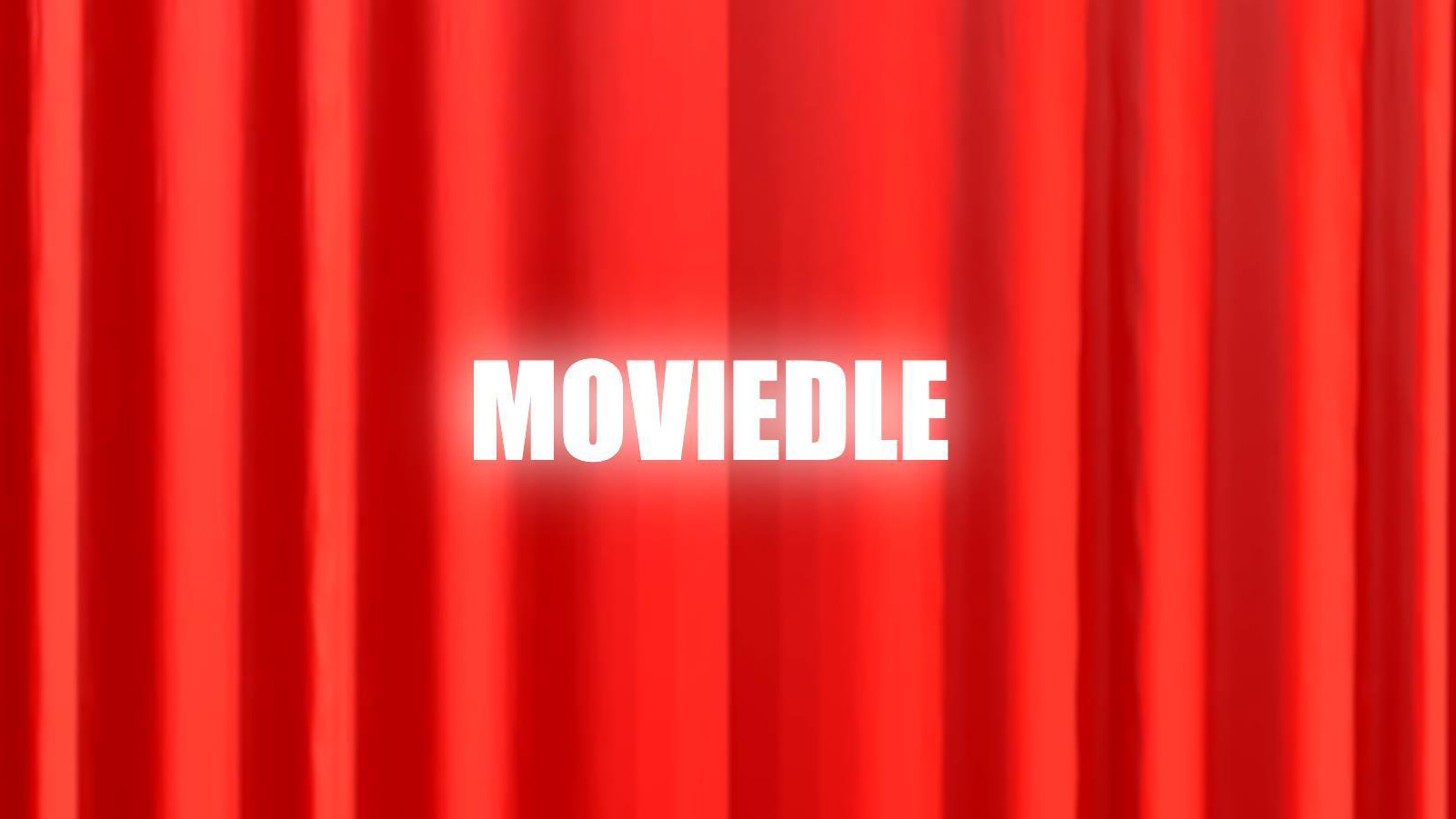 Moviedle is about having a good time, or at least it should be, according to Jeremy Toeman, founder of video tech company AugX Labs and creator of the new game for cinephiles.

Toeman, in an exclusive interview with We Got This Covered following Moviedle’s March 24 release and the game’s subsequent rise in popularity, addressed how, amongst the many Wordle-inspired games out there, a game like Moviedle could separate itself from the crowd. However, Toeman is adamant that his creation houses a personality unlike anything seen in the industry to date, and it’s clear why.

“Moviedle doesn’t have to be the hardest game. It just has to be fun,” Toeman says. Developed as a side project by the team at AugX for friends and family, Moviedle has steadily grown from its humble beginnings into a game played around the world.

That growth is due, in large part, to the passion of Toeman and his team, and his enthusiasm is ever-present. He jokingly admits, “First of all, I’m a movie nerd and a game nerd. And when I say game nerd, it’s not just video games. I like board, card, and word games too. I mean … my favorite game is Boggle.”

Made by movie fans for movie fans, here’s how Moviedle works: An entire film is compressed into a one-second clip, and then played out in the blink of an eye. It is then up to you to guess the movie, which may seem daunting at first, but if you don’t get it right after the initial clip, never fear. Players are given a two-second version, then three, all the way up to a six-second clip.

“You keep it challenging, but fun at the same time,” Toeman says, looking to make sure no one feels alienated. “My goal for Moviedle is that everybody can get it within six tries. If you’re a movie buff and you can get them all in one try, cool. But if you’ve never seen this movie before the six-second clip, hopefully there’s enough information to get you there.”

Built in less than two weeks, Toeman and his team went through many phases before finally landing on the finished Moviedle product. What started as a movie-guessing game without context morphed into an actor-prediction puzzle in which users would guess an actor or actress and see what films they had been in, and finally settled into a specific-movie-guessing game.

Sound confusing? Toeman thought so, too, and for good reason. “Basically nothing worked, was the short and long of it,” he admits. He decided to retire his many ideas until inspiration suddenly came to him out of the blue.

Laughing, Toeman remembers the monumental occasion. “It was like a shower moment,” he explains, adding, “I’m pretty sure I was brushing my teeth.” Thank goodness for dental hygiene, because what Toeman thought up in his bathroom is the published game people can now enjoy.

Before releasing it, though, Moviedle needed to be tested. During that crucial stage, Toeman found that many people were guessing the movie within a few tries. Afraid of making the game too easy, he tried to step back to the drawing board, but his team stopped him.

“Everyone said, Jeremy, if I actually get it right on the first guess every time, I would still play this like a madman every day. Because it’s fun to do. It’s just plain fun.”

And there’s no question about that. With its unique sensibility and style, Moviedle is as addictive as it is engaging — evinced by the game jumping from 1,000 to over 100,000 daily players in a single week’s time.

That player response is what hooked Toeman, who went on to explain, “They kept asking one more question, which was, when are you gonna have more movies for me to try? And that was kind of the clincher.” After the game’s official launch, fans have continued to express their love for playing Moviedle and Toeman has been on cloud nine ever since.

Even amongst some of the negative criticisms of the game, the minds behind Moviedle are undaunted. “You know, I’m seeing comments, ‘It’s too easy.’ I’ve seen comments of people wishing they knew more of these movies,” Toeman says. He understands the game isn’t for everyone, and is okay with that. “One person said it’s the most idiotic thing they’ve ever seen in their entire life,” he mentioned, humorously adding, “So you know, I’ve got that going for me.”

That underlying playfulness goes further than just a passing comment. When asked if some sort of algorithm randomly generates the movies each day, Toeman quickly responded, “I’m picking. I basically preload 100 days of movies. We built [the algorithm] for some other reasons. It’s used for rendering, but not with the selection. The selector is none other than yours truly.”

Toeman’s internal algorithm, he explains, is trying to make sure that every decade of cinema is represented over the course of any given week. That attention to detail and fun-loving attitude is directly reflected in everything Moviedle represents. Every day, a movie is chosen carefully, not by some ethereal robot on a dark server, but by a person with a passion for storytelling.

Look no further than the Moviedle website to find that human element at its most profound. Whether it’s the special thanks tab, acknowledging the friends of AugX, or those who helped with Moviedle’s development, or a simple notification after each correct guess prompting players to go find the daily movie on streaming, one thing is clear: connection is key.

The team behind Moviedle is still looking to evolve the game for its player base, and each week, brings new updates and additions. The calendar feature, through which someone who skipped previous days can go back and play what they missed at their leisure, is an example of an inspired idea that can keep fans hooked for years to come.

You can share your results with friends, research movies, discover new ones, and immediately the social element is undeniable.

“We love movies,” Toeman emphasized. “We want you to see these movies.”

Teasing the future, Toeman remained fairly tight-lipped. “We’re going to be adding more to the game. We have a few other ideas, including a hard mode and an insane mode, but I won’t say what that all is yet. We’re doing some final playtesting on it, but that will be fun.”

When asked what’s next for AugX Labs, Toeman’s response was even more guarded. “We’re building a technology that basically makes video creation a lot easier for a lot more people. That’s about all we’re talking about right now.”

Toeman urges fans to reach out on social media and give him movie suggestions to add to Moviedle’s list.

Toeman’s easygoing attitude suggests that the only thing that matters to him is whether or not Moviedle makes its users happy.

“As long as we’re giving something that makes people have a little extra fun in their day,” Toeman adds. “And, gosh, can’t we all use a little more fun?”