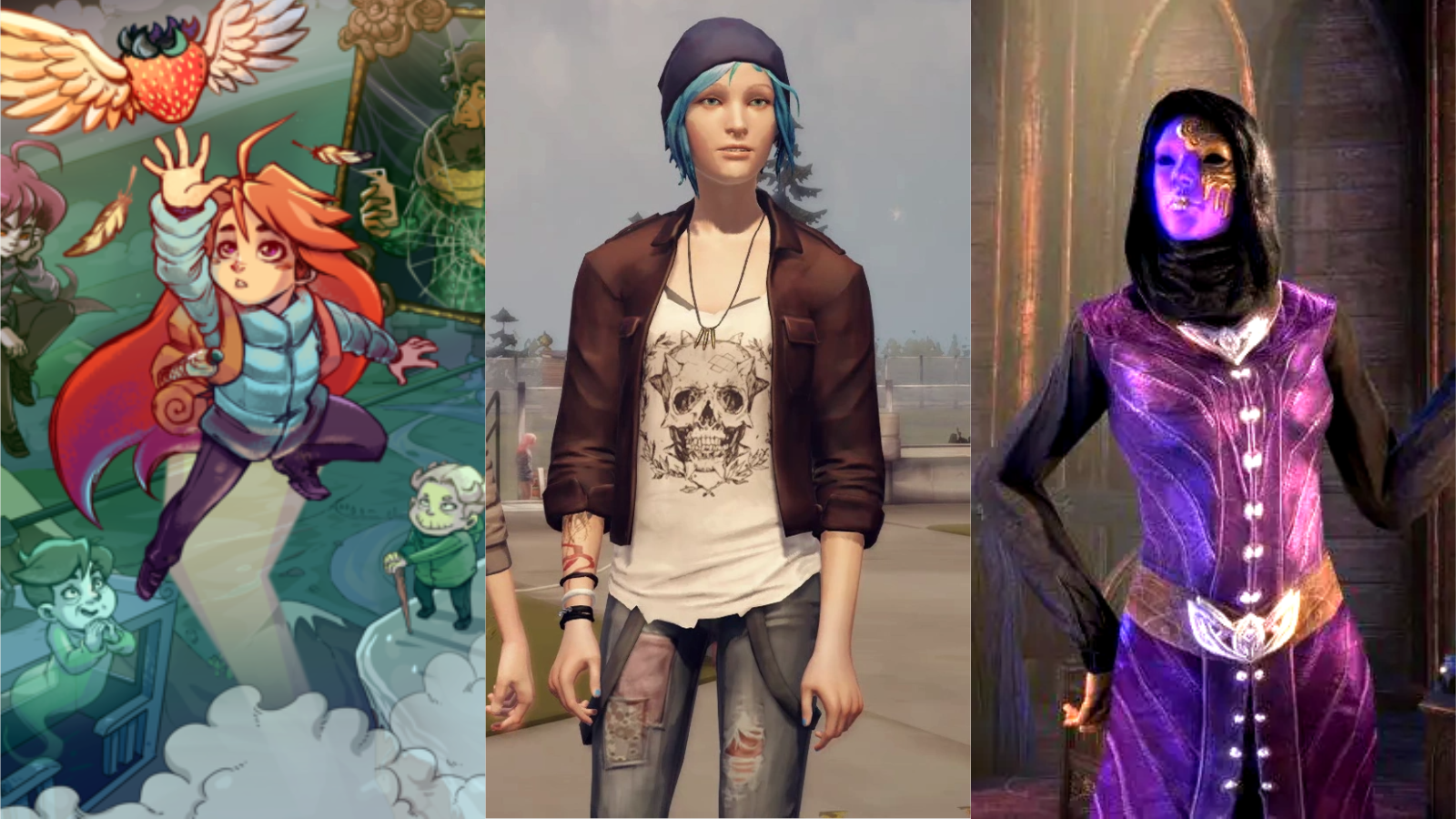 Gaming, as an artform, has come a long way since the early days of Tetris and Pong. The turn of the millennium saw games more openly and proudly tell stories about people of different creeds, backgrounds, sexualities, and genders.

The diversity of modern games better reflects modern society, and has helped make gaming even more accessible for marginalized communities across the globe. Just in time to celebrate Pride Month, we’re taking a look back at the very best LGBTQIA+ characters in video games. In no particular order, here are our top ten picks.

If his name wasn’t a dead giveaway that he’d be a truly aesthetic-minded character with a tremendously charismatic energy about him, Dorian’s look should do the trick. One of the many characters you can recruit into your party in DragonAge: Inquisition, Dorian quickly became a fan favorite. Witty one-liners, a dashing mustache, and a tragic backstory all resonated with gamers across the board, and elevated Dorian to a near permanent fixture for a lot of Dragon Age fans.

What really sells Dorian is his smiling nonchalance in the face of adversity, a willingness to discover that is compounded by his tenacity. Only romanceable by a male Inquisitor, Dorian became the first male character in the Dragon Age series to be an exclusive male romance option.

An instant fan favorite upon her introduction in ESO’s Summerset expansion, Alchemy became the first transgender character in the long-running MMORPG. Part of a performance team, and estranged from her sister, Alchemy’s story is further expanded across several popular expansion packs.

Her quest in Summerset deals heavily with coming out and the very real struggles faced by transgender people, but is set to the backdrop of a fantastical world. The Elder Scrolls has included many non-binary and transgender characters before, but none feel as real, or as memorable, as Alchemy.

The character was so heavily praised, in fact, that The Elder Scrolls Online ended up earning the GLAAD award for Outstanding Video Game, an award that seeks to promote diverse storytelling and LGBTQ+ inclusion in video games. It’s no surprise she’s shown up in every subsequent expansion in some capacity. Eccentrically and aesthetically based on the surface, a performer by nature, and able to see the good in everyone, she might just be one of the best characters in the entire series.

Ellie — The Last of Us

Hailing from arguably the biggest game of the 2010s, Ellie quickly become an icon in gaming after being introduced in The Last of Us. Her relationship with Dina is paramount to the game’s heartbreaking sequel, with the pair featured front and center in the popular post-apocalyptic game.

Witnessing the struggles of the younger generation in The Last of Us pairs perfectly with Naughty Dog’s stellar approach to storytelling. Ellie asks the questions the audience would be asking, and adds much needed innocence into the tortured world she inhabits. Ellie’s role in The Last of Us is a huge factor in the series’ success, and the PlayStation original character will be portrayed by Bella Ramsey in the upcoming HBO adaptation of the Game of the Year darling: opposite The Mandalorian star Pedro Pascal, who’s set to play Joel.

While just an NPC in the original Dishonored, Emily gets promoted to main protagonist in the game’s sequel. Seeking to avenge not only her father, but also her late mother, Kaldwin travels across the world of Dishonored to find the truth behind a sinister conspiracy. Smart, resourceful, and measured, it’s hard not to enjoy your time as Emily. Rough around the edges due to her backstory, but still very much human and empathetic, Emily is a complex and well rounded character — even if you enjoy the game on high chaos.

Canonically bisexual, Emily has dated men, women, and non-binary people in official material for the game. Having a bisexual woman headline a major AAA game was a major decision, but one made by Arkane with great humanity and understanding.

Max and Chloe — Life is Strange

Life is Strange is both an incredible story and experience, and also one of the most horrifyingly dark games currently available. The game’s stunning soundtrack, story, and its characters combine into a truly heart-wrenching — and perpetually memorable — tale. Its main characters, Max and Chloe, quickly became synonymous with queer characters in gaming, particularly after polishing off a nuclear ending that is almost guaranteed to make players cry.

The chemistry between Chloe and Max is perfect, and both characters’ backgrounds are littered with immensely human touches. As Life is Strange so often does, the story makes players empathize with its characters, but also desire their company. Chloe is somebody you’d genuinely want to hang out with.

Pricefield. How can you not ship it?

Confirmed by developer Maddy Thorsen as transgender and a self-insert, Madelaine proves that trans people can double jump, making them the most powerful beings on planet Earth.

In all seriousness, Madelaine coincided with a refreshing and accepting new wave of indie game developers, and the creation of stories that resonate deeply with people. Instead of providing yet another generic gruff military man protagonist, Celeste offers up the delightfully colorful Madelaine, jumping around platforms with an effervescent charm emanating from each and every move.

Mass Effect’s Liara T’Soni caused controversy when the game was first released, but these days she’s remembered as one of the best characters in the series. Her naiveté, partnered with a perpetually hopeful outlook, kept Liara in gamer’s brains for years following her debut. Rescuing her in ME1 is one of the first tasks players accomplish, and she is often rivaled only by Garrus as the best party member.

Canonically bisexual, Liara is one of the first ever aliens in gaming to be romanceable. A passionate romance scene in ME1 between the player character and Liara caused outcry from some conservative pundits, but the character has thankfully stood the test of time. Here’s hoping Dr. T’Soni makes a return in Mass Effect 4.

The cover girl for Blizzard’s Overwatch, Tracer has become a cultural icon. These days the defacto symbol for gaming in the 2010s, Tracer was one of the first characters revealed for Overwatch, and has since been featured in nearly every possible cross-promotion and branding for the Blizzard hit. Canonically gay, Tracer also appeared in Ready Player One, marking the first time an Overwatch character has made it into a film.

A lovable and energetic character, it’s hard not to love Tracer. Portrayed perfectly by English actress Cara Theobold, Tracer will maintain her representation of the franchise as it continues to expand with Overwatch 2. Please Blizzard, follow the sequel’s release with a Tracer-specific spin-off game.

A biromantic asexual, the best explanation of Parvati for newcomers links back to Luke Skywalker’s early days. Like the young Luke, Parvati has yet to experience much of the world, and so responds with amazement at each new discovery. Her companion loyalty quest deals heavily with Parvati’s identity, as she struggles to find the confidence to ask someone out on a date. The player character can even aid her along the way, helping this empathetic and self-conscious character to finally find happiness.

With a penchant for knives, Vamp makes good on the sexy vampires trope that encapsulated 2000s media. A “wizard” with knives, Vamp is a fan favorite from the Metal Gear franchise. He’s “died” several times, but thanks to his vampire-like attributes (see how he got his super mysterious name? Bravo Kojima) he’s avoided death.

Confirmed as bisexual thanks to in-game discussions and texts, Vamp is one of the first queer characters in the long-running Metal Gear Solid series. He was implied to be in a relationship with Fortune in MGS2, but these hints were never followed up on in further titles. Nonetheless — slay, king.