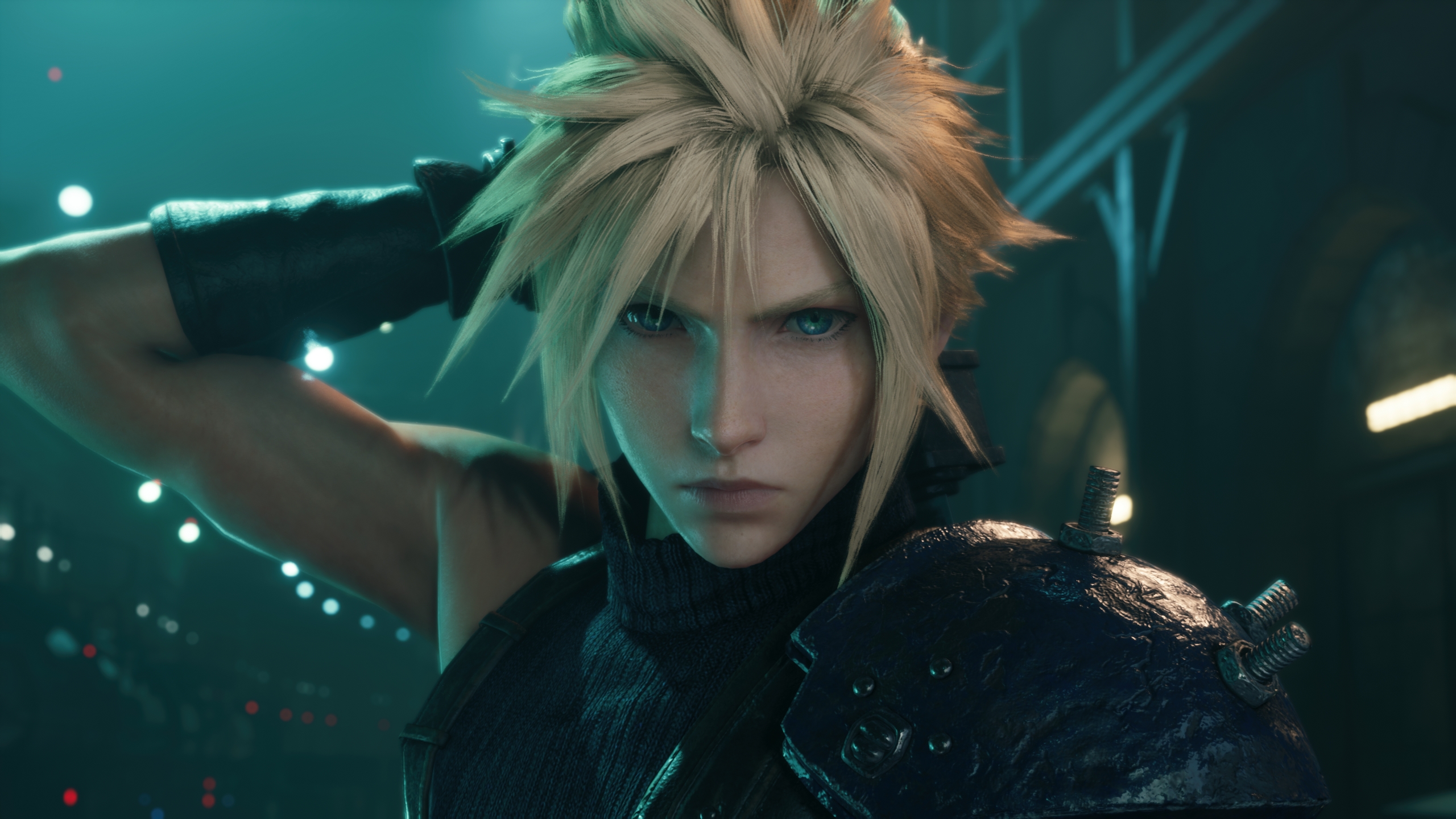 Hironobu Sakaguchi wasn’t happy in the mid-1980s. His 8-bit games had failed to meet sales expectations and he was seriously considering a change of career. But he figured there was time for one more stab at video games before returning to college. This came in the form of an RPG which he figured would be his last — or perhaps ‘final’ — fantasy.

Final Fantasy went on to be a smash-hit and spawned the vast and globe-conquering RPG series that continues to bear its name. By 2022 the series has encompassed 15 mainline games (with another on the way) and innumerable spinoffs. Some of them are among the finest experiences you can have with a video game. Some are not.

So, here are the best and worst games bearing the Final Fantasy name ever produced:

In the early 2000s Square realized they were leaving money on the table by not cashing in on the continued popularity of Final Fantasy VII. The result was the ‘Compilation’ series, which encompassed movies, mobile games, and spin-off titles. The best was PlayStation Portable action RPG Crisis Core. The worst was this ill-conceived third-person shooter starring mopey undead goth Vincent Valentine.

The story is silly and the character designs ridiculous (even for this franchise) but the real offender here is the clunky controls. Simply moving Vincent around feels awkward and the shooting mechanics are antiquated by the standards of a 2006 game. Critics hated it, players lambasted it, it was quickly buried, and has never been re-released.

Square made some big promises when it came to the PlayStation 2. Sony’s hotly-anticipated second console came equipped with the insanely hyped ‘Emotion Engine’ and debuted with Square’s flashy beat-em-up The Bouncer. That game turned out to be absolute bobbins, though the company soon made good on its promises by dazzling players with 2001’s Final Fantasy X.

This tropical adventure is a burst of color and full 3D environments, with the series also offering extensive voice-acting for the first time. Admittedly the quality of said voice-acting leaves something to be desired, though it is at least memorable. The much more detailed visuals also go a long way toward making Tidus and Yuna’s story that much more touching, with their personal moments contrasting nicely against the battles with civilization-threatening Kaiju Sin.

Final Fantasy X is widely available in HD remastered form on practically every available platform and is still well worth checking out.

The franchise’s second stab at an MMO after Final Fantasy XI was a huge embarrassment for Square Enix. The game launched in 2010 and was essentially unfinished, lacking varied quests, common jobs you’d expect to find in Final Fantasy, and few basic quality-of-level things necessary for an online game of this kind. Worse, the expansive landscape was literally cut and pasted together.

It also ran terribly thanks to extremely unoptimized assets, with players infamously discovering that a flower pot prop contained roughly the same amount of polygons and lines of shader code as a player character. The knock-on effect was that even navigating the UI was slow, with reported delays of 2-3 seconds before mouse-clicks did anything.

Final Fantasy XIV left the company with an albatross around their neck, and few would have blamed them if they’d cut their losses and pretended the whole affair never happened.

Then along came Naoki Yoshida – better known to fans as Yoshi-P. He took on the Herculean task of fixing Final Fantasy XIV, eventually recommending that the whole game be taken down and completely relaunched. This became ‘A Realm Reborn’, which, under his leadership has become a massive success that continues to be enjoyed by millions of players almost a decade later.

That longevity is down to a constant stream of content, with major expansions ‘Heavensward’, ‘Stormblood’, ‘Shadowbringers’ and the recent ‘Endwalker’ keeping the game in the popular consciousness. Today it’s a thriving online community that’s unseated World of Warcraft as the biggest MMO in the world. It’s now so big that Square Enix were forced to remove it from sale as their servers couldn’t handle the influx of new players.

All in all, not a bad job by Yoshi-P.

Hopes were high that the increased power of the PlayStation 3 and Xbox 360 would give Final Fantasy the same kind of leap we saw between IX and X. Sadly it didn’t work out that way, as Final Fantasy XIII is a low point for the core franchise.

First up is the story, which vomits nonsense proper nouns at you like they’re going out of fashion. You can’t spend five minutes without someone yammering on about L’Cie, Fal’Cie, and Cie’th, with precious little explanation of what they are without delving through a glossary. That’s all compounded by a melodramatic and over-acted script and forgettable characters.

But it’s the linear design that really kills this. Final Fantasy is often about exploration, even if that’s just the illusion of being able to head off the beaten path. XIII sticks you in a cramped corridor and funnels you down it, with even the combat feeling content to play itself. We’ve finished almost all the core Final Fantasy games but we simply couldn’t stomach this. We’ve also heard that the two XIII sequels are an improvement, but after hating this so much we’re tapping out.

Final Fantasy XIII is backward compatible on Xbox and is available on PC.

The ‘Tactics’ spinoffs don’t get nearly as much love as the core games, though anyone with a passion for more complex combat and storytelling will know that they’re some of the best in the series. Though there are several Final Fantasy Tactics games out there, this 2007 update of the 1997 original is the best, adding new FMVs, voice-acting, and several graphical updates.

The game chronicles a war between two kingdoms, with its extensive cast showing us both sides of the conflict. There’s a depth and maturity to the storytelling that’s a teeny bit more grown-up than standard Final Fantasy fare. On top of that, the grid-based combat allows for some tough encounters that require serious thinking to puzzle out.

Square Enix’s recently announced The DioField Chronicle looks like a Tactics sequel in all but name, so let’s hope it continues the winning streak.

Final Fantasy Tactics: War of the Lions is available on iOS and Android.

Final Fantasy II arrived a year after the original and could have very nearly finished the franchise off. The game is a catalog of game design sins, including an absurdly high rate of random battle encounters, repetitive dungeons deliberately designed to be confusing, and way too many recycled assets from the original Final Fantasy.

Most head-scratching are the bizarre leveling up mechanics, which require you to perform actions in order to level up stats. On paper it makes sense, but in practice it leads to the ridiculous situation where the quickest way to make your party stronger is to instruct them to attack themselves. Even then the only way to raise your HP is to let yourself get attacked and don’t heal, making an already hard game that much tougher.

Most have concluded this was rushed out to ride on the original’s coattails, but whatever the case you won’t get any pleasure from playing Final Fantasy II today.

Final Fantasy II is available on iOS and Android

Rightly considered one of the greatest titles on the Super Nintendo, 1994’s Final Fantasy VI is almost the pinnacle of Square’s 2D era (the very greatest is, of course, Chrono Trigger). This dizzyingly huge adventure spans a huge world, makes the bold decision to eschew a protagonist in favor of an ensemble cast, and has one of the all-time greatest twists in the series.

Midway through the game you confront homicidal bad guy Kefka. In any ordinary 90s game you’d kick his butt and call it a day. But in Final Fantasy VI, Kefka triumphs and actually manages to bring about his apocalypse.

The game then cuts to a year later and shows the cast picking up the pieces of the world after the fall. Even now it’s incredibly bold storytelling, dealing with grief, suicide, and nihilism in a way that’s light-years beyond anything else on the SNES. Also, you can suplex a train.

Final Fantasy VI was recently re-released as part of the ‘Pixel Remaster’ series on iOS, Android, and Windows.

Worst: Final Fantasy: All the Bravest

This is it folks, the bottom of the barrel. The other bad Final Fantasy games on this list pale in comparison to this terrible 2013 iOS/Android mobile title. The game is a ridiculously simple take on the classic Final Fantasy battle system with multiple characters, recycled assets from the 1990s, and a linear progression from battle to battle. It has no story and little tactics.

But worse than that are the ridiculous microtransactions. The game is literally pay-to-win, with each character costing $1 and gacha elements mean you never know which you’ll get. When a character dies you need to wait three minutes to revive them, meaning that if your team is wiped you’re facing a two-hour wait, though the app will helpfully offer to sell you a ‘golden hourglass’ to skip that for $3. How generous.

All the Bravest was panned at launch, so much so that co-producer Ichiro Hazama tried to defend it by saying that it is “a fun app, not a game”. Uh-huh. Yeah. Right.

You knew it was coming. Square’s 1997 PlayStation masterpiece is considered one of the greatest videogames of all time and its characters and setting are still massively popular. But while the flame is kept lit by the Remake project and surprisingly fun battle royale title The First Soldier, the original game is still the best.

Cloud, Aeris (fine, ‘Aerith’), Tifa, and the gang’s battle to save their world from rapacious energy company Shinra and apocalyptic warrior Sephiroth have gone down in gaming legend, with its environmental themes only getting more relevant as time goes on.

The original game is now dated with its Lego-like Gouraud-shaded characters and 2D pre-rendered backdrops, but those who’ve come to it late have found that it’s still very playable (especially as the re-releases allow you to use cheats if you simply want to see the story).

Then there’s the brilliant score by Nobuo Uematsu, the massive world full of secrets and side-quests, the surreal monster designs, and just a whole damn mood. It may be the obvious choice to top the list, but Final Fantasy VII is still around for a reason.

Final Fantasy VII is available to buy on almost everything you can play games on.