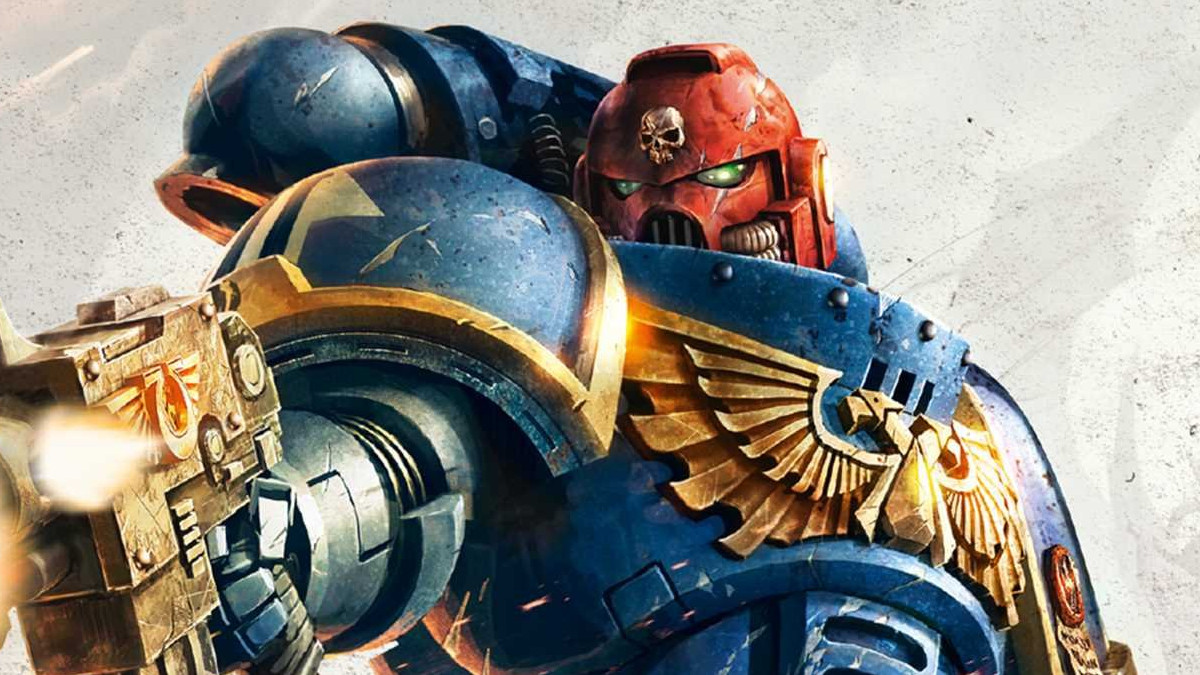 The Warhammer 40K franchise is both massive and cherished, and over the years, the series has expanded to encompass many different mediums. One area where the Warhammer franchise shines is its novels, which flesh out the world and allow fans to experience the setting from new or unexpected perspectives.

But, at the time of writing, over 350 Warhammer books are available, making it hard to know where to start. But don’t fear! Here are the ten best Warhammer 40k novels featuring stories so good even the Tau would give them the thumbs up.

While many Warhammer novels focus on battles, the franchise has never been afraid to branch out and tackle other genres. Gothghul Hollow is a stunning example of this, as it uses the Warhammer setting to tell a horror story.

When a town called Hollow is threatened by a strange supernatural force, the reclusive Aaric Gothghul and his estranged daughter must join forces to stop it. But the pair will quickly learn that these events are linked to their family history and uncover secrets that Aaric has long tried to keep buried. Gothghul Hollow often feels like a classic Universal horror movie as it features jaded human characters held down by guilt, creepy creatures, and a tense atmosphere that will leave you desperate to know what happens next.

It’s near-impossible to talk about Warhammer books without talking about Dan Abnett, one of the most praised Warhammer writers of all time. Abnett is the writer behind several of Warhammer’s most highly-respected and well-reviewed books, and it’s easy to see why as his writing style and knack for creating dark but human characters fits Warhammer’s Grimdark setting perfectly.

Eisenhorn: The Omnibus is the perfect example of this talent, as it collects all of Abnett’s Eisenhorn stories and novels into one weighty collection. The stories in this collection follow Gregor Eisenhorn, an Inquisitor famed for his ruthless devotion to wiping out those who don’t follow imperial doctrine.

However, as Gregor continues his work, he’ll find himself working with the very people he vowed to destroy as he becomes tangled up in complex mysteries that might have massive ramifications for the future of the Imperium. Abnett’s skills are beautifully showcased here, as the characters are deep, the mysteries are gripping and complex, and the whole world feels realistic and morally grey.

While many Warhammer books are part of massive series made up of many novels, this doesn’t mean that the franchise lacks short-form content. No Good Men is an anthology of short stories from the Warhammer Crime imprint, which tells tales set in the seedy underbelly of a harsh and dystopian city called Varangantua.

Each of the anthology’s seven stories follows different citizens of Varangantua as they try to make ends meet by doing dirty, depressing, and dangerous work. These gritty tales are wonderfully realized, making Varangantua feel like a living, breathing city packed full of characters with interesting stories to tell.

This omnibus takes four novels, Priests of Mars, Lords of Mars, Gods of Mars, and Zero Day Exploit, and collects them into one epic tome. The story follows an Adeptus Mechanicus Explorator fleet under the command of Archmagos Lexell Kotov. Kotov is keen to follow in the footsteps of Magos Telok, a man who is said to have found an arcane device called the Breath of the Gods after traveling beyond the Halo Worlds. Lexell hopes that by following Telok’s route, he can recover the device and use it for his own ends. However, as they venture out into uncharted regions of space, they soon find they are far from alone.

You would presume that a story following a group of people that aim to be more machine than man would be dull and lacking in intrigue, but that isn’t the case. Every character is brimming with personality and nuance, and McNeill perfectly captures what makes the Adeptus Mechanicus unique and engaging.

5. The Triumph of Saint Katherine

The Adepta Sororitas, also known as the Sisters of Battle, is one of the most iconic Warhammer factions, with fans constantly demanding more content featuring them. The Triumph of Saint Katherine follows Sister Avra of the Order of Our Martyred Lady, a warrior who is given the honor of fighting alongside the legendary funerary procession of Saint Katherine. This parade of warriors carries the body of the revered Saint Katherine to worlds besieged by war and heresy, hoping Katherine brings hope and courage to the Imperium’s troops. However, Sister Avra has a secret, one so dark that she believes she can only make amends by dying in battle. But, as she fights alongside the procession, her life takes a surprising turn, and some strange mysteries come to light.

This book shows why the Sisters of Battle are so popular with fans, diving deep into the faction’s lore, internal structure, and mythology. The book also works as an excellent character study, as Sister Avra is a relatable heroine you can’t help but root for, and her adventure is full of unexpected twists and turns.

The Orks are one of Warhammer’s most well-known factions, thanks to their frequently ludicrous antics and distinctive-looking technology. Da Gobbo’s Demise by Denny Flowers gives readers a unique look at Ork culture by following one of the lowest creatures in the Ork hierarchy, the Grot.

Redsnot the Grot thinks they’re destined to lead their herd once its leader dies. Alas, when the moment comes, Da Red Gobbo swoops in and takes the position, leaving Redsnot very angry. However, Redsnot is cunning and he dedicates himself to finding a way to get rid of Da Red Gobbo, so he can reign supreme. A fun adventure packed with charming and memorable characters, Da Gobbo’s Demise is a must-read book for anyone who is a fan of the Orks or for readers looking for a sillier story.

7. The Infinite and The Divine

One of the best things about the Warhammer novels is that they’re never afraid to try something different, frequently giving readers new twists on the settings and concepts they love. The Infinite and The Divine is a joyous example of this trend, as it uses Warhammer lore to tell a funny, charming, and character-focused tale.

This story follows Trazyn the Infinite and Orikan the Diviner, two Necrons who are basically polar opposites of one another. Due to this difference in personality, the pair have a burning rivalry, and this rivalry has only grown more intense over their many years of life. When they both learn of a powerful artifact that could reshape the future of the Necron race, they both try and get ahold of it, frequently and comedically squabbling as they do.

Trazyn and Orikan are a joy to read about as the pair act like a classic sitcom double act, with them verbally sniping at each other and engaging in ludicrously petty schemes to get one over on the other. This is another book that even non-Warhammer fans will love, as it features some jokes that will leave you gasping for air.

This novel holds a special place in Warhammer history, as it was the first book published under Games Workshop’s now-legendary Black Library imprint. Additionally, this book launched the popular Gaunt’s Ghosts series of stories, which has since expanded to include 16 other novels. This is made all the more impressive because First and Only was Dan Abnett’s first published novel, not that you could tell by reading it, as it’s a tour de force.

The story follows a group of troops called Gaunt’s Ghosts, so named because they’re led by Colonel-Commissar Ibram Gaunt, a man famed for his infiltration skills. The book follows this crew as they become embroiled in a dark conspiracy, forcing them to use all of their wits and cunning to survive. A sumptuously atmospheric piece of military sci-fi, First and Only will keep you gripped from the first page to the last.

9. Ciaphas Cain: Hero of the Imperium

While Warhammer 40K is famous for its depressing grimdark world building, the franchise isn’t afraid to sometimes go in a sillier direction. And Ciaphas Cain: Hero of the Imperium is one of the best examples of Warhammer’s more comedic side.

The story is presented as the private memoir of Commissar Ciaphas Cain, a man who Imperium propaganda makes out to be one of the bravest and most heroic men to ever join the army. However, the propaganda couldn’t be further from the truth, as this memoir reveals that Cain is an utter coward who only succeeds due to sheer blind luck. However, as Cain’s fame grows, he finds himself in increasingly ludicrous and dangerous situations, forcing him to stretch his fortune to breaking point.

A classic farce in the style of P. G. Wodehouse, this book is great fun, even if you don’t care about Warhammer, as it’s packed full of hilarious situations and snappy dialogue.

The Horus Heresy series is a prequel to the Warhammer 40K story, showing how the universe became embroiled in a never-ending war. Currently, the series contains 61 novels by various authors, with a 62nd book landing in February 2023. While the series features many fantastic novels, Horus Rising by Dan Abnett is by far the best, which is impressive as, due to being the first in the series, the book has to lay down lots of foreshadowing and explain a massive amount of lore within its 416 pages.

However, Abnett handles it masterfully, creating a deep but internally consistent universe filled with many fascinatingly flawed characters who are understandable even in their darkest moments. If you enjoy the storytelling style of Game Of Thrones, then Horus Rising is a great way to tide you over until George R. R. Martin finishes his next book.