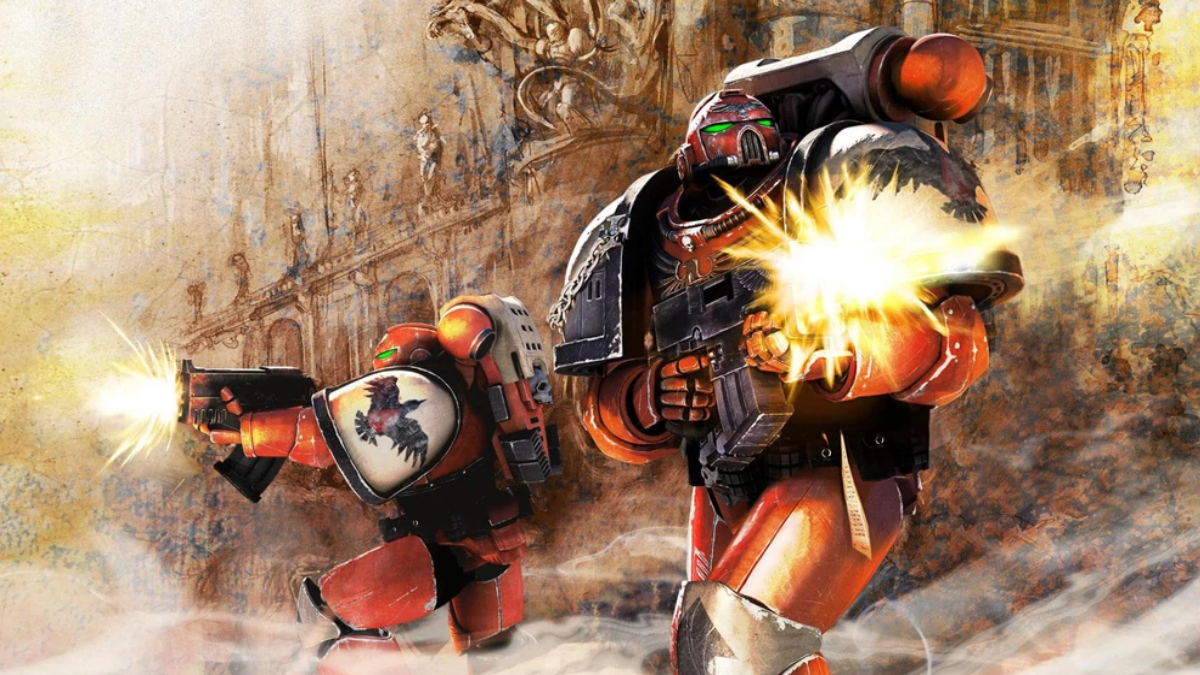 In the world of Warhammer 40K, humanity lives under the constant threat of annihilation from a myriad of alien factions. Ordinary humans are not sufficient to stem the tide of enemies.

Enter the Space Marines, genetically modified humans given the latest weapons and a fanatical mission to rid the galaxy of mutants, Xenos, and heretics. Space Marines are legends. Clad in power armor, they are the silent harbingers of death that tower over lesser beings. Some are groomed from birth. A crazy few even volunteer to be put through the most rigorous training program ever devised by man, a program so harsh it kills nearly all its applicants.

The result, should an initiate survive, is to be elevated to demi-godhood. Space Marines form an elite brotherhood that sets them apart from mere Imperial Guardsmen, who they view as little better than Xeno “scum.”

Bolters are the Marine weapon of choice. Each round that a Bolter fires can blow an enemy into chunks. If a Marine loses his weapon or runs out of ammo, they can always fight hand to hand (each one has been trained as a martial arts master).

The mind of the average Marine has been warped by constant indoctrination. In pursuit of “the greater good,” they are willing to do just about anything to protect humanity and the Emperor. This includes exterminating the populations of entire planets where they suspect even a hint of Xeno or heretic infestation.

For aliens in conflict with humanity, the only way to stop a Space Marine is to kill them. And even then, another one is always ready to rush over the corpse and keep up the attack.