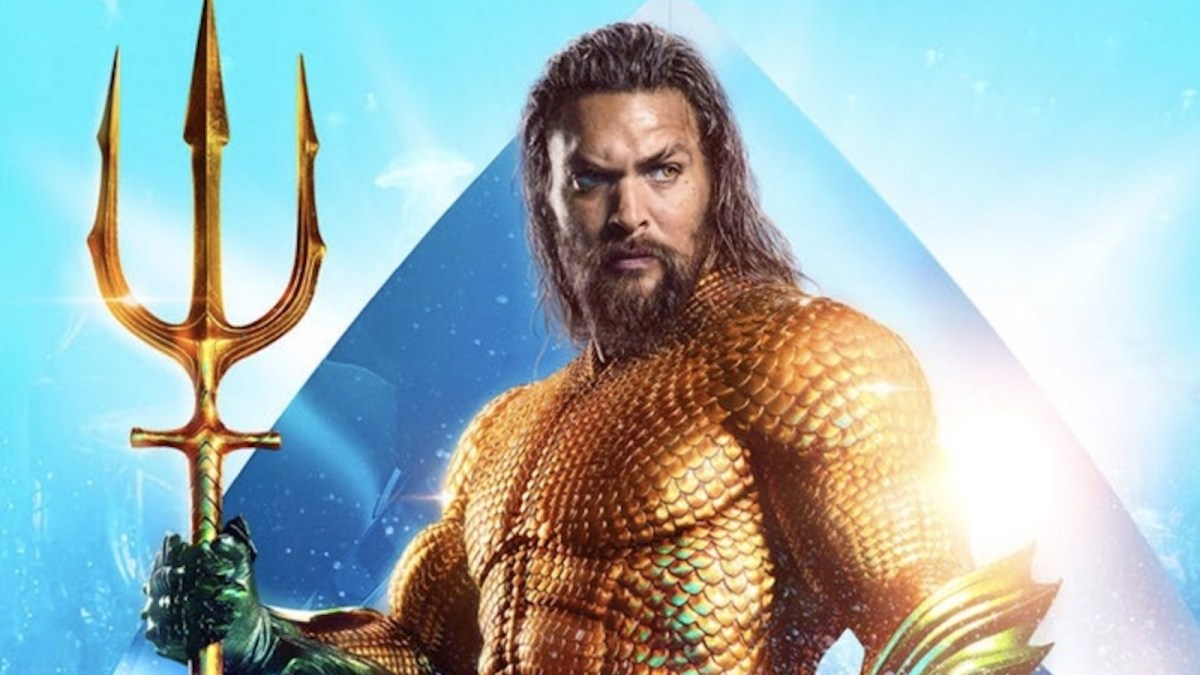 Watching DC’s Aquaman movies is enough proof that Jason Momoa was an excellent choice to be cast in the titular role. Momoa starred in the first Aquaman movie back in 2018. The film was a global box-office smash with a worldwide gross of $1.148 billion. The sequel Aquaman and the Last Kingdom is set to premiere on Christmas Day in 2023.

Along with impressing just about everyone with his rugged good looks, peak physical shape, and brooding confidence in Aquaman, Jason also starred in Game of Thrones on HBO opposite Emilia Clarke while the show was at its height. One of his earliest roles happened to be in Baywatch back in the 90s. Who else could possibly take on Jason’s Aquaman role for DC if he wasn’t around?

Some of the roles Alan Ritchson has landed over the course of his career prove that he would be amazing playing Aquaman for DC. Viewers recognized him from Fast X, Blue Mountain State, Titans, and Reacher. Rewinding all the way back to 2013, he even starred in the Hunger Games: Catching Fire alongside Jennifer Lawrence. Since Ritchson already played Aquaman in the CW series Smallville, he would be phenomenal in the movies.

Alexander Skarsgard has proven himself in a wide range of roles from Tarzan to bloodthirsty vampires. It’s obvious that he’s more than capable of taking on a fierce role like Aquaman for DC. Skarsgard has been around in the entertainment industry since the mid-80s, and he’s shown no sign of slowing down anytime soon. Whether he’s handling a comedic role or a serious one, he knows exactly what he’s doing professionally.

Now that Liam Hemsworth is taking over in The Witcher for Henry Cavill, it’s easier to see him in a heroic light. If he can replace an actor who once played the role of Superman for DC movies, that’s already saying a lot! Although one of Hemsworth’s first-ever roles was The Last Song opposite his ex-wife Miley Cyrus, he’s also shown that he knows how to handle action movies by starring in The Hunger Games movie saga.

It would be incredibly interesting to see a talented actor like Jason Statham appearing in a DC movie like Aquaman in the leading role. After seeing him take the lead in movies like The Transporter, Wrath of Man, Fast & Furious Presents Hobbs & Shaw, and The Expendables, he is the type of actor who can take on just about anything. Keep in mind that Statham also starred in movies such as The Meg, The Mechanic, and Operation Fortune: Ruse de Guerre.

Now would be as great a time as any to consider Jensen Ackles for a role in DC’s Aquaman in place of the splendidly talented Momoa. Ackles did his best to impress devoted audiences who were obsessed with Supernatural for more than 15 years. Supernatural was a popular show focused on a couple of completely normal human beings fighting back against some of the darkest and most dangerous forces of all time. Ackles showed off his heroic style in the show in every episode.

There’s so much more to Ryan Gosling than movies like The Notebook and La La Land. The lovey-dovey movies he starred in opposite Rachel McAdams and Emma Stone solidified his career in the Hollywood industry, but he didn’t stop there. He’s starred in his fair share of serious heroic roles as well, making him an ideal candidate for a movie like Aquaman.

Some of Gosling’s most intense movie roles include Blade Runner 2049, First Man, The Gray Man, and The Nice Guys. No one will soon forget how amazing his role in Gangster Squad was back in 2013 either. Gosling certainly has a dark edge he can tap into as an actor.

When thinking about Gerard Butler as an actor, one of the first things that come to mind is the fact that he has an incredible raw energy to work with. His movie 300 was a total attention grabber, pinpointing the fact that he would be perfect in a role like Aquaman.

The Scottish actor has been active in the entertainment industry since the mid-90s. Before becoming an actor, Butler thought he wanted to pursue a career as a lawyer. It’s a good thing Butler changed his mind because he is one actor who could certainly rival Jason.

Chris Pine has already shown his charm in DC’s Wonder Woman, but that doesn’t mean he wouldn’t have been amazing in Aquaman had cards been dealt differently. The Wonder Woman movie franchise stands alone for being wildly spectacular.

Pine has also shown his impressive talent as an actor in Star Trek, a movie that includes almost as much action and intrigue as Aquaman did when it first premiered. Pine knows how to tap into true intensity whenever cameras are rolling on the sets of any of his projects.

Seeing Tom Hardy take on the role of Venom has been absolutely brilliant for his fans. Seeing Hardy pull off one of Batman‘s scariest and most horrifying villains ever in Bane was just as incredible. It just goes to show that Hardy is the type of actor who knows how to star in movies that are extraordinary, feverish, and filled with passion.

It would be impossible to forget the fact that Hardy also lead the way in Mad Max: Fury Road in 2015 opposite Charlize Theron. That action movie is one for the books. Seeing Hardy play a role like Aquaman would make a lot of sense.

Tons of Sam Worthington’s fans have been pushing him and encouraging him to take on a superhero role at some point in his career. If the stars had perfectly aligned, it would have been amazing to see him play Aquaman. In the past, viewers have seen Worthington handle business as an actor in movies like Wrath of the Titans and Avatar. His exceptional career is enough to place him in the same conversations as someone like Momoa or a movie like Aquaman in the DC realm.