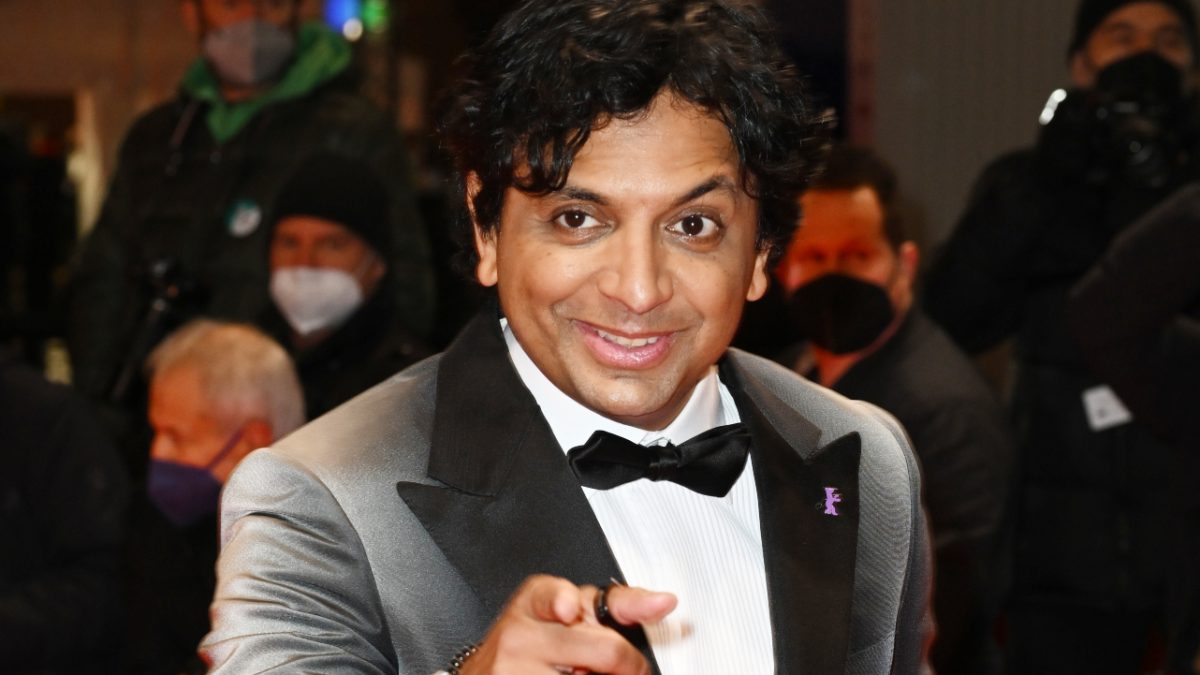 Part of the fun of a M. Night Shyamalan movie, ever since his debut, is trying to figure out what the twist is going to be.

What do we not see coming? Will we guess it and figure it out before the big reveal? Or, will we be left stunned — for better or worse — when he finally yanks the curtain all the way back and shows us what’s really going on?

The unveiling of this list won’t be such a slow drip-drip as one of his films, and more likely than not, you may see the end coming if you catch that wording even a little bit, but still, the journey should be a bit of fun as we look forward to his next film coming in 2023 — Knock at the Cabin.

Strangely enough, a lot of the world is still excited when a Shyamalan flick is announced, and based on the box office millions these movies take in, we’re willing to go back again and again despite several disappointments. It’s not the end-all, be-all, for sure, but on Rotten Tomatoes only one of his movies has an audience score of 90, followed by two in the 70s, three in the 60s, then it just goes lower and lower. On the Tomatometer side, we have six that are in the good to great range of 60-plus, yet nine in the rotten territory, showing that he misses more than he hits (and the misses are so, so big it seems).

Which leads us to this — we made this a top 10 originally, but the 11th “best” Shyamalan movie just had to get nudged in here, if only to address just how utterly awful it was and what a huge waste of time it felt like for anyone who saw it. This is not up for debate, and if you did like number 11, it might be possible that you’re the only one (you’re not).

It grossed $163 million worldwide. Think about that. Enough people were hyped up enough by Shyamalan’s prior releases that we all flocked to see what in the world this happening was. Spearheaded by Zooey Deschanel and the almost-always cringey Mark Wahlberg, there was so much hope that the movie would meet the hype. Needless to say, and backed by the ultra-low Rotten Tomatoes scores, and four Golden Raspberry nominations, this movie did make us feel the vibrations.

The only reason it didn’t win those Golden Razzies is because an even worse movie — Mike Myers’ The Love Guru — outdid it in key categories (shockingly, as did a Paris Hilton flick).

As we will see, Shyamalan is loyal to certain stars, or maybe even they’re loyal to him, but the pairings rarely work more than once, if at all.

Here, we get one of multiple ventures starring Joaquin Phoenix as well as Bryce Dallas Howard, and yet, the movie doesn’t just fall short, it plummets short. It’s not as awful as The Happening, but somehow it just drags and drags along until we’re as disappointed and distraught and perplexed by the world created as Phoenix is when he uncovers the harsh reality.

Shyamalan again has a superb talent in Paul Giamatti here, and wastes it, with the movie that many people have asked themselves, ‘Why am I watching this?’ multiple times. You get to the end of the film, and wish you had just hit stop at any moment and said, ‘You know what? I actually don’t need to know what happens here. I’m good.’

Somehow the trailers for this movie fooled us into thinking it could be right on the precipice of being good, but the premise just wasn’t even intriguing. Just because a concept comes to your mind, and it seems trippy and intriguing as all Get Out, doesn’t mean it actually needs to be made.

Somehow, we’re in a long stretch without a really good Shyamalan movie. Somewhere, the notion to the execution just gets lost and before the movie even gets to the twist, it’s already feeling ‘old’ in our minds and not even worth the trouble.

It’s one of several movies Shyamalan adapted from a book, this one based on the graphic Swiss novel called Sandcastle by Pierre Oscar Levy and Frederik Peters.

In an interview with NME, Shyamalan had this to say, which if it came through in the movie, that would have actually been pretty cool.

A comedic film? From M. Night Shyamalan? And, actually, it ain’t half bad? How come he hasn’t gone back to this well in the decades since? Sure, there is some subtle humor and legitimately funny moments every once in a while in his films, but after the follow-up film to this, The Sixth Sense, Shyamalan hasn’t even attempted a similar execution.

On its own, it’s not the funniest movie, and it came at a time when Denis Leary was still popular, and it does a solid job of exploring the depths of loss and coming of age, especially as it pertains to religion and questioning it all.

Without the lead-up from the other films in the trilogy, this is probably lower. Then again, considering the other movies on the list, six feels right. The movie itself ain’t grand, but getting Samuel L. Jackson back with Bruce Willis again, and adding in the powerful performance (again) from McAvoy, it elevates the movie as a whole. Still, we’re left wanting a little bit more, considering the trio involved and the promise of so much more that could have been.

It looks like Knock at the Cabin might go deeper in the direction of real horror and thriller than some of the other takes on this list, and based on The Visit, that’s exciting. In a vacuum, the movie is solid but not great, yet measured against other Shyamalan flops, it feels like so much more, and was considered to be his hitting the high notes again because it was valued in comparison. Worth a visit if you haven’t seen it, and probably more replay value than many on this list.

The power of Willis, coming off of The Sixth Sense, made this a bigger attraction than it otherwise would have been. A lot of the movie is pretty solid, but it tends to fizzle out, and to be frank, the fact that Willis’ David Dunn isn’t aware of his immense strength until he’s… old kinda makes no sense, because he clearly works out, and anyone who works out usually will add weight and keep increasing their limits to get stronger. So, if you have no limit because you’re unbreakable, you would have realized this while working out in your 20s, at the latest.

Gonna go with the keyword here again — somehow. Somehow, this trailer didn’t seem as suspenseful or intriguing as other Shyamalan ventures, yet, it followed through where others let down. It might be that James McAvoy and the now-well known Anya Taylor-Joy get the credit here, especially McAvoy, because he truly impresses in the range and volatility departments. Is the movie a Shyamalan masterpiece? Or, is it secretly not even as good as other movies lower on the list, but the mere sight of what McAvoy pulls off as the main star carries it higher.

Selecting this second was a struggle, and not just because Mel Gibson is prominently involved (he plays a religious man, who wants aliens to be eradicated, go figure), but because it loses some luster with each rewatch. Really, it’s such a phenomenal performance from Joaquin Phoenix, and the viral nature of the subject matter before things really could go viral the way they do now — mysterious crop circles — keeps the audience engaged throughout the slow-drip sequenced movie.

The big reveal of the first glimpse of one of the aliens is incredibly well done, and the nuance of doing so through rough-looking home video footage airing on TV is top notch.

You probably didn’t need an extra sense to get the feeling in your bones that this would be the top movie on the list. Not quite Shyamalan’s first effort, as his directorial debut came a year earlier with the 1998 film Wide Awake, but somehow, in the more than 20 years since The Sixth Sense came out and made a nation, heck, the world, quote and re-quote “I see dead people.” Shyamalan hasn’t been able to match this spectacularly stunning movie. It could be argued he hasn’t even come close, and the problem lies in the fact that he’s tried to rehash this formula to find success when some originality in approach and reveal would be a bit more inspiring.

We wonder if this hadn’t been his quote-unquote first movie (barely anyone had heard of or has seen Wide Awake since its release) if his other efforts would have more impact. Yet, it’s maybe to his credit and detriment that if you go in to see a Shyamalan flick, you’re all but waiting for the other shoe to drop, so you spend too much of the movie wondering what the twist is. And sometimes, when that twist hits, it’s so disappointing (see: The Happening) that it renders his work before and after a little less impactful, unfortunately.